BookCon 2019: Adam Rippon Is Beautiful Inside and Out 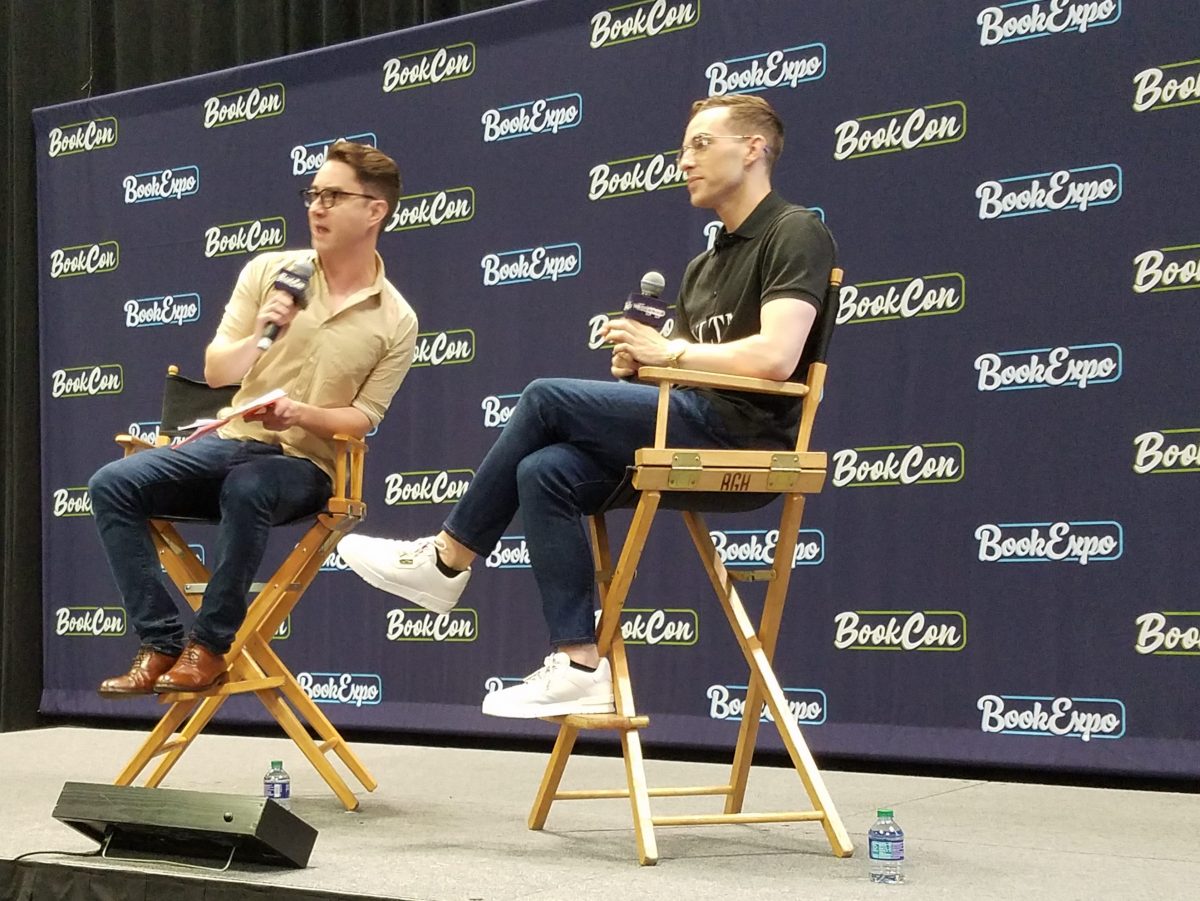 I’m not usually one to read celebrity memoirs, but I’m actually rather excited to read Beautiful on the Outside by Adam Rippon, which comes out October 15. Adam was both at Book Expo and BookCon to promote his new book, sitting for a panel at each event as well as signing a sampler for fans (like me!).

Many of us probably became aware of Adam Rippon thanks to the 2018 Winter Olympics in Pyeongchang, South Korea, where Adam, one of the three male singles figure skaters representing Team USA, was also one of the team’s few openly gay athletes. Today is the start of Pride Month, something Adam was very eager to discuss at his BookCon panel this afternoon, and Beautiful on the Outside will contain some very poignant moments in his life, such as coming out and losing his virginity (which involves crying in the back of a Suburban – “Who hasn’t?” he asked the crowd).

But Adam was also willing to talk about what it was like to be an openly gay athlete at an international event like the Olympics. He was already becoming a media personality in the US, and he knew he needed to be able to back up whatever he was saying in interviews out on the ice. He explained that if he acted goofy and outgoing in interviews, and then did poorly in competition, people would have questioned his placement on the team. So he was determined to be in the best shape of his life and promised that he would finish his skate no matter what – even if the building caught fire.

It was also, Adam said, a matter of framing the narrative. He wanted to get across that it didn’t matter what other people thought of him, he was going to command respect. So he went in with the attitude, “If you don’t like me, you must be stupid,” and made a concerted effort to just be himself, and people could like him or not. 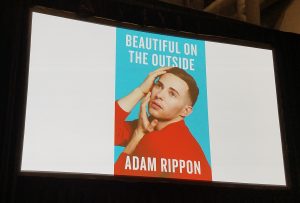 As for Beautiful on the Outside, Adam happily talked about the ridiculous photograph on the cover, which was intentional. “I wanted people to know right off the bat that the book is going to be funny,” he said, which is why the photo looks like Joan Crawford getting her portrait done at Sears. Adam explained that, when he was younger, he often used humor as a defensive mechanism. “I wanted them laughing with me, not at me,” he said, although he pointed out that, as the oldest of six kids, teasing was a huge part of his childhood.

Beautiful on the Outside by Adam Rippon will be available October 15, 2019, from Grand Central Publishing.