Lupin the 3rd: The Castle of Cagliostro Is Dated But Delightful 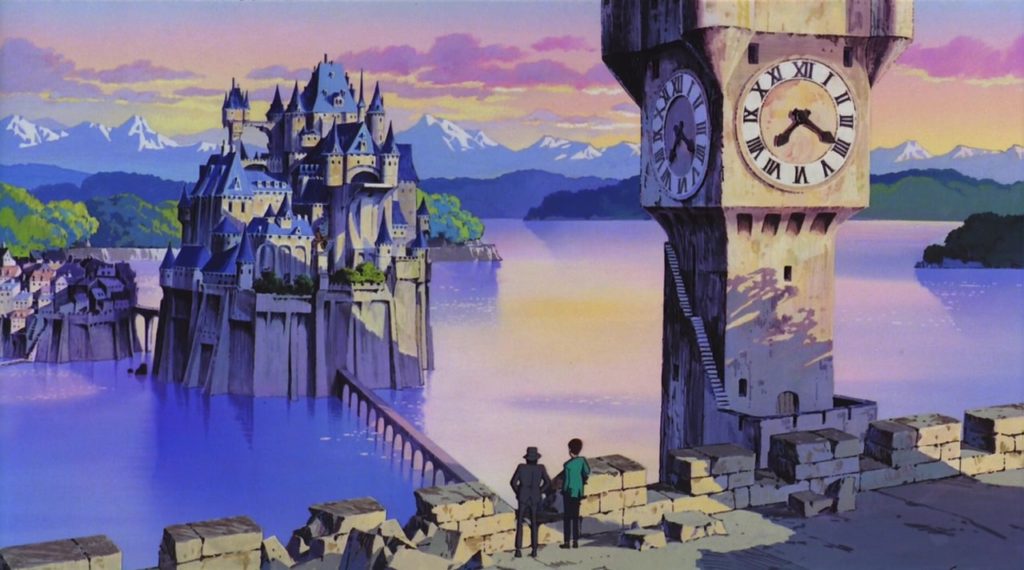 Six years before founding Studio Ghibli, Hayao Miyazaki made his feature film directorial debut with Lupin the 3rd: The Castle of Cagliostro. Created by manga artist Monkey Punch in 1967, Lupin the 3rd is a hugely popular and recognized series in Japan. His adventures in the fictional European country of Cagliostro will be made available to US audiences for the first time, in celebration of his 50th anniversary, in a two-night event through Fathom Events, ELEVEN ARTS Anime Studio, and TMS Entertainment.

Lupin the 3rd: The Castle of Cagliostro follows world-renowned thief Lupin, aka “Wolf”, as he and his partner in crime, Jigen, pull off a massive heist at a Monte Carlo casino. Their victory is quickly dimmed by the discovery that all the cash they just stole is counterfeit. Their investigation into the source of the counterfeit money leads them to the small European country of Cagliostro, where they are quickly embroiled in a massive scheme involving counterfeit money, global corruption, a kidnapped princess, and a count with a serious superiority complex.

In addition to director, Miyazaki was also a writer, designer, and storyboardist for the film. Even in his first film, his art style is unmistakable; his touches are everywhere, from the character design to the scenery and backgrounds. 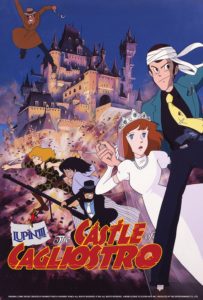 Though less fantastical than his later works under his own studio, there is enough magic in Castle of Cagliostro for Miyazaki’s influence to be recognizable.

Castle of Cagliostro is also definitely a product of the 1970s; it’s amazing how it seems as though that period of time was similar across the world. The art-style, while being definitively Miyazaki, also strongly reminded me of some of the Rankin/Bass cartoons from the same decade. The music is also clearly from the ’70s; some tracks would have felt right at home in an episode of Starsky and Hutch.

Even with the somewhat dated music and the corny (occasionally cringe-y) dialogue, Castle of Cagliostro was a delightful romp of an action film, complete with car chase, daring rescue, and frantic escape upstairs while dodging bullets. Lupin has a bit of James Bond in him; he comes equipped with all manner of gadgets and is capable of scaling castle walls without the aid of climbing equipment. There’s a bit of a romance plot that’s kind of ridiculous but luckily is not that big of a part of the story, although sadly it’s basically the only part that involves any women. Princess Clarisse is a literal damsel-in-distress, locked in a tower and everything. Fujiko, essentially the female version of Lupin, helps even the score a bit, but this is decidedly a male-heavy story.

Still, it’s an altogether enjoyable experience. It’s a compelling plot, and there are moments of genuine humor to help lighten the tense and action-y atmosphere. I wish we’d had more of Fujiko, and honestly I wanted some more of Lupin’s friend Goemon as well, but Lupin himself has a bit of snark and that’s exactly what I want in an action hero. I don’t think anyone would be disappointed with this movie; you might wince a bit during some of the scenes with Lupin and Clarisse, but I think everyone will be satisfied with the end.

Lupin the 3rd: The Castle of Cagliostro is being presented by Fathom Events, ELEVEN ARTS Anime Studio, and TMS Entertainment. You can catch this film in US theaters for the first time ever (in participating theaters) on September 14th (the dubbed version) and September 19th (the subbed version).

If you’re a Miyazaki fan, you must also check out – if you haven’t already – Studio Ghibli Fest 2017, also from Fathom Events, which is showing one Ghibli film a month until November. This month it’s Castle in the Sky.