“Critters Attack!” Coming To Blu-ray, DVD and Digital This July! 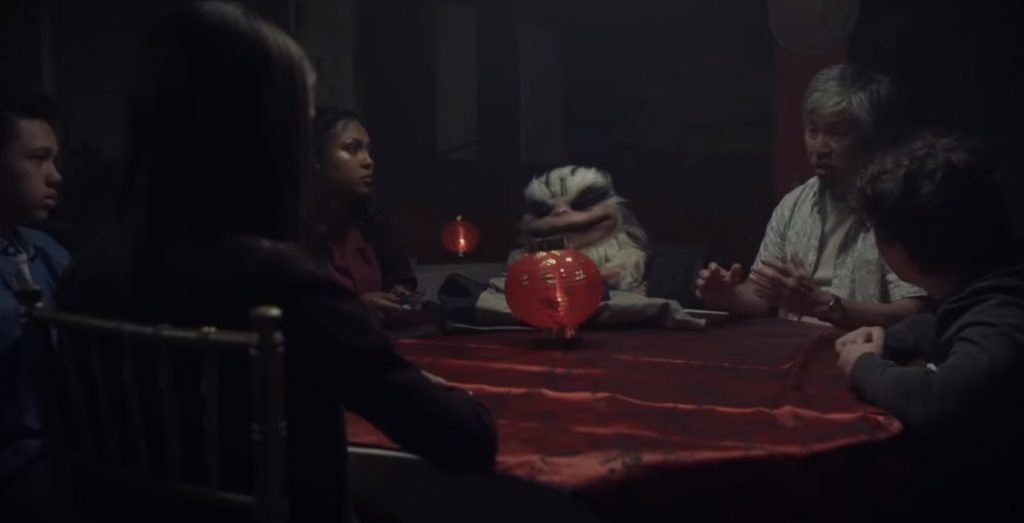 Critters Attack!, the latest entry in the “bloody, live-action, horror/sci-fi” film series will land on Earth come July 23, 2019, from Warner Bros. Home Entertainment. It will be available on Blu-ray Combo Pack, DVD, and Digital. The television debut is scheduled to air in October on Syfy.

Fans of the franchise will be glad to know Dee Wallace (E.T. the Extra-Terrestrial), who starred in the original Critters as Helen Brown, will appear in the film series for the second time in the mysterious role of Aunt Dee.

Inspired by the film series from the ’80s and ’90s, Critters follows 20-year-old Drea (Tashiana Washington), who reluctantly takes a job babysitting for a professor of a college she hopes to attend. Struggling to entertain the professor’s children Trissy (Ava Preston) and Jake (Jack Fulton), along with her own little brother Phillip (Jaeden Noel), Drea takes them on a hike, unaware that mysterious alien critters have crash-landed and started devouring every living thing they encounter.

While being tracked by the ravenous critters, Drea and the kids encounter an adorable, seemingly harmless female critter named Bianca, an exiled royal fleeing the critter race. As the critters converge on the college campus, Drea and the kids, who are now inextricably linked to Bianca, rush to head them off. Will Drea discover her inner badass, and will it be enough to stop the critter onslaught? And is the critter princess as innocent as she seems?

“The infamous, carnivorous aliens are back and fiercer than ever in a new original live-action Critters film,” said Mary Ellen Thomas, WBHE, Vice President, TV Marketing, Family & Animation. “Fans of the original cult classic will be delighted with some familiar faces while a new generation of fans will join in the suspense and excitement.”

Critters Attack! is written by Scott Lobdell (Happy Death Day) and directed by Bobby Miller (The Cleanse). Rupert Harvey and Barry Opper from the original film franchise serve as producers. The film comes from Blue Ribbon Content in association with Syfy, and production services are provided by Blue Ice Pictures.

The upcoming film has an approximate run time of 89 minutes. The enhanced content is approximately 22 minutes long. It is presented in 16×9 widescreen format.

Are you a fan of this franchise? Do let us what you think of Critters Attack! in the comments below.

Previous:Free! Road to the World Now Has a Trailer and Visual
Next: Pixel-Art Neo-Noir Detective Game “Tales of the Neon Sea” Available On Steam!