The Flash: The Complete Fourth Season Coming to Blu-ray and DVD This August 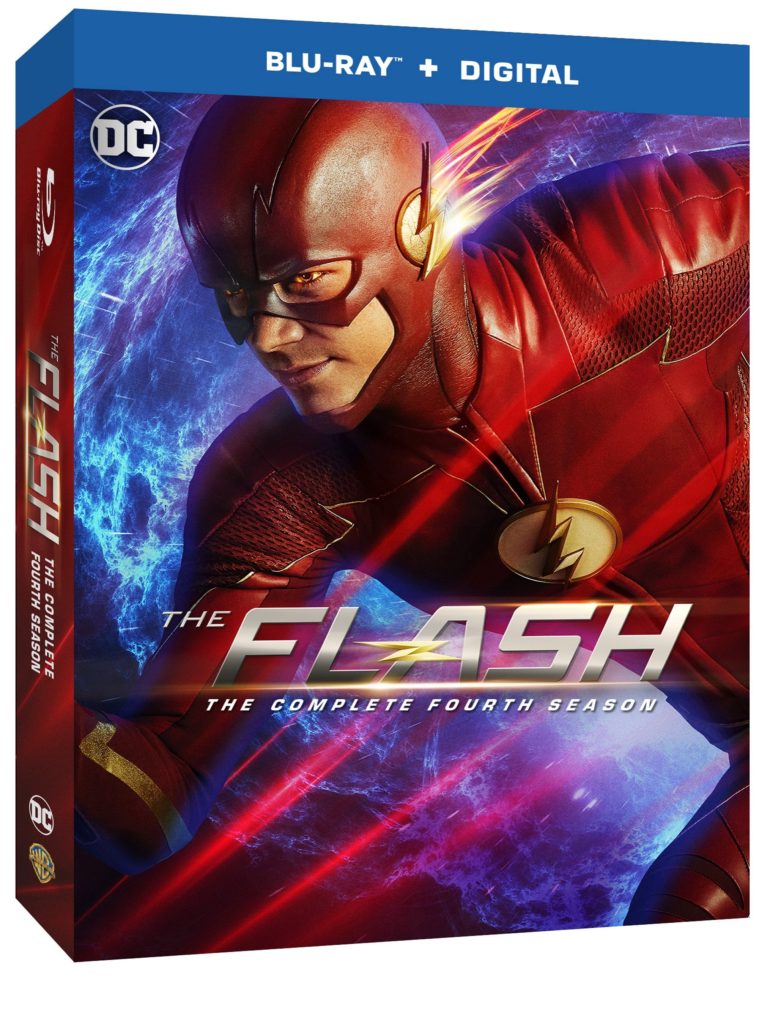 Fans of The CW’s Barry Allen should mark their calendars. Warner Bros. Home Entertainment will be releasing The Flash: The Complete Fourth Season on Blu-ray and DVD on August 28, 2018. It is currently available to own on Digital via purchase from digital retailers.

If you are a home release collector and are a fan of The CW’s DC Comics-adapted shows, there are two treats for you this August. Not only will you be able to own Arrow season six on Blu-ray and DVD, The Flash season four will also be available.

The Flash continues to be a success for The CW, with a very passionate fanbase. It has already been renewed for a fifth season.

The Flash: The Complete Fourth Season includes all 23 episodes along with extra content. The DVD will be available for $49.99 SRP and the Blu-ray (which has a Digital Copy) will go on sale for $54.97 SRP.

Here’s the synopsis for The Flash season four:

In Season Four, the mission of Barry Allen, aka The Flash (Grant Gustin), is once more to protect Central City from metahuman threats. First, he’ll have to escape the Speed Force. With Barry trapped, the job of protecting Central City falls to his family – Detective Joe West (Jesse L. Martin); his fiancée, Iris West (Candice Patton); and Wally West/Kid Flash (Keiynan Lonsdale) – and the team at S.T.A.R. Labs – Dr. Caitlin Snow/Killer Frost (Danielle Panabaker), Cisco Ramon/Vibe (Carlos Valdes) and brilliant scientist Harrison Wells (Tom Cavanagh). When a powerful villain threatens to level the city if The Flash doesn’t appear, Cisco risks everything to break Barry out of the Speed Force. But this is only the first move of a life-or-death chess game with Clifford DeVoe aka The Thinker (Neil Sandilands), a mastermind who’s always ten steps ahead of Barry, no matter how fast he’s running. Shocking surprises come fast and furious in all 23 action-packed adventures featuring The Fastest Man Alive.

“After four seasons on the air, The Flash continues to be one of the most popular shows on The CW,” said Rosemary Markson, WBHE Senior Vice President, Television Marketing. “We’re thrilled to offer loyal fans 25 hours of entertainment with the complete fourth season and captivating extra content.”

The Blu-ray visual presentation will be 1080p Full HD Video with DTS-HD Master Audio for English 5.1. The 4-disc Blu-ray will also include all four crossover episodes.

The Flash stars Grant Gustin, Candice Patton, Danielle Panabaker, Carlos Valdes, Keiynan Lonsdale, with Tom Cavanagh, and Jesse L. Martin. The show is based on the characters from DC Comics. It is produced by Bonanza Productions Inc. in association with Berlanti Productions and Warner Bros. Television, with executive producers Greg Berlanti, Todd Helbing, and Sarah Schechter.

The complete 23 one-hour episodes are:

Feel free to check out my review of The Flash: The Complete Third Season Blu-ray.

Fans of DC Comics-adapted content can also look forward to the release of The Death of Superman on Blu-ray and DVD on August 7, 2018.

Are you a fan of The Flash TV series? Let us know.