Hit The Floor Season 4 Is Definitely Coming Back! But No #Zude! 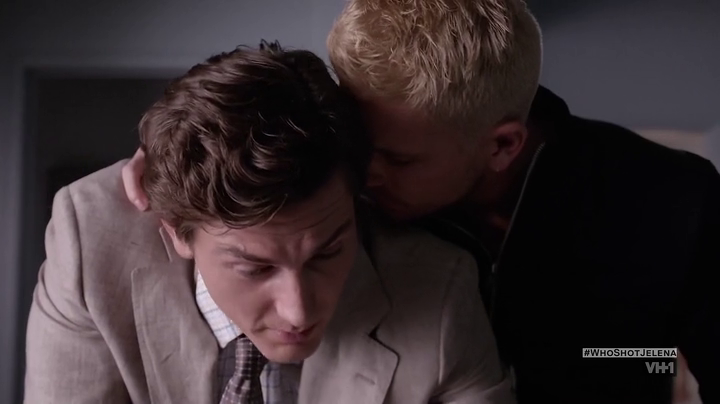 Fans have been waiting for new information about Hit the Floor ever since BET picked it up for a fourth season. James LaRosa, the creator of the show has finally shared some details. But while I’m excited, we won’t be seeing some fan-favorites when the show returns.

Fans weren’t taking no for an answer when it looked like Hit the Floor was ending. All of the fan support led to BET finally picking up Hit the Floor season 4. While that was indeed a victory, a few questions started popping up in the fandom (called Devil’s Nation); two of them being, “Who is going to return to the show?” and “Will BET do justice to the LGBTQ+ centric content?”

James LaRose took to Instagram to answer some of the fandom’s questions. Turns out that Taylour Paige and Adam Senn will not be returning.

Taylour played Ahsha Hayes while Adam played Zero (the other half of Zude!).

For those asking, unfortunately yes, Taylour Paige and Adam Senn will not be a part of #HitTheFloor for S4. No one loves Dersha and Zude more than I do so trust me when I say I feel your pain. I care too much about these relationships to recast. I also respect the contributions of Taylour and Adam too much to see anyone else in the roles. Please know the following: 1. Derek and Jude are in my protective care. S4 will be huge turning points for them. 2. The Devil Girls will not be without big-time star power. 3. I care too much about LGBT storylines for them not to continue to be a big part of the show. That’s just who we are. 4. I am through-the-roof excited for S4. The returning cast is a dream team, with some infamous OG cast still to be announced 😈… along with some brand new series regulars who’ll rock your unmentionables off. 5. BET has been so amazing. 6. You ain’t seen nuthin’ yet.

Of course, I feel like an emotional wreck right now. Zude is what brought me to Hit the Floor. I was hoping to see the two getting married and starting a family in the upcoming season!

Also, Hit the Floor without Taylour is going to feel like a very different show. She’s been the main character since season one. She was the new girl who took the audience along as she entered a whole new world to become a Devil Girl.

I do appreciate James not recasting the roles. Maybe that leaves a door open for both Taylour and Adam to return down the line if the characters are still alive. Ha! I apologize for making such a joke but I’m just trying to cope right now.

But yeah, the good news is that James will continue working toward showcasing positive LGBTQ+ representation. I know about some fans who were worried about the queer being watered down due to the show moving to BET. But I trust in James LaRosa!

I get that some fans don’t want to tune in for Hit the Floor Season 4. Such a reaction is understandable. There were rumors about Adam not returning and now those have been confirmed.

I can’t tell other fans what they should or shouldn’t do. I can just share my opinion. There’s a business part to Hit the Floor and things don’t always work out. Actors decide to leave, can’t come back, have scheduling conflicts, etc. I am disappointed to learn that Taylour and Adam won’t be part of Hit the Floor Season 4 but I’m also happy that we will be getting a new season soon. The world needs shows with POC main characters and queer representation. And such shows need our support. It also doesn’t hurt that Hit the Floor knows how to keep you invested through scandals, mysteries, and enjoyable dance routines.

So, I’ll be watching and covering the new season when it (hopefully) airs sometime next year on BET.

Furthermore, Deadline reported that actress-singer-dancer Teyana Taylor has been cast as a cheerleader. However, details about her role are being kept under wraps. The show will begin production in November.

Feel free to share your thoughts about Hit the Floor Season 4!