Ben 10, Rick and Morty, The Powerpuff Girls, And More! Get Ready For New Products This Year! 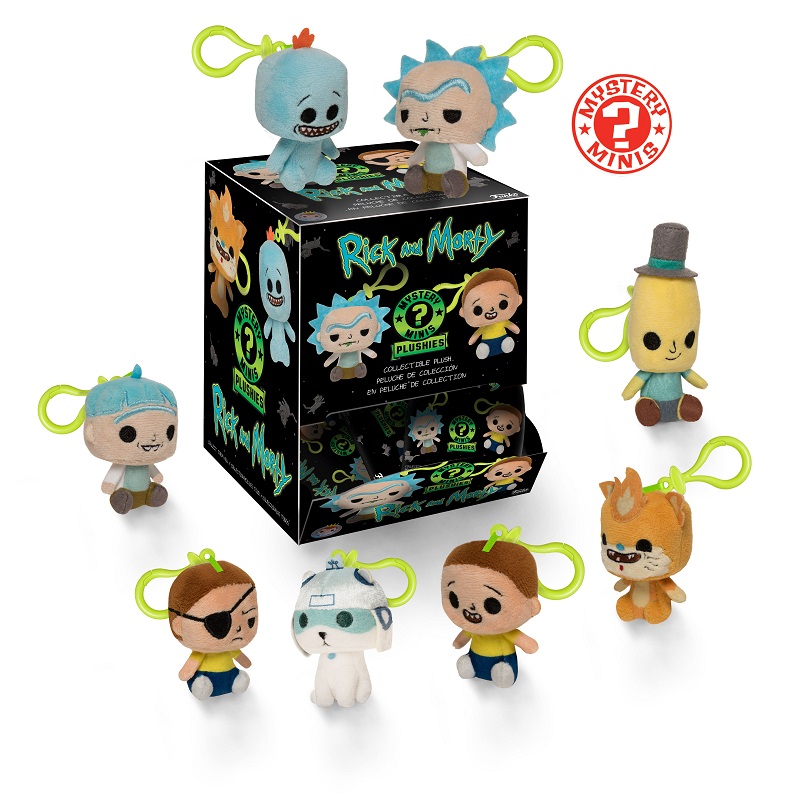 Cartoon Network Enterprises has a lot of surprises in store for fans in 2018. Products cover franchises such as The Powerpuff Girls (celebrating its 20th Anniversary this year), Ben 10, Rick and Morty, Adventure Time, Steven Universe, We Bare Bears, and more!

Cartoon Network Enterprises, in partnership with new and existing licensing partners, is sure to keep you looking forward to some awesome collectibles and toys all year around. An assortment of the new offerings will be on display at the NY Toy Fair.

“We have partnered with the best in class to mark key milestones for Cartoon Network including The Powerpuff Girls, Ben 10, Steven Universe and We Bare Bears. From LEGO building sets to Playmates Toys action figures to updated collectibles across all of our beloved brands, each have captured the spirit and tone our fans share and delight in for each of these properties,” said Pete Yoder, vice president, Cartoon Network Enterprises for North America.

Let’s go over what you can expect to see!

Cartoon Network debuted the reboot of the very popular Ben 10 franchise in the US in 2017. Since then, the Ben Tennyson-starring series has gone on to deliver top ratings with “the toy line from global master toy partner Playmates Toys consistently a top 3 boys action figure SKU at Toys”R”Us throughout 2017.”

The new Ben 10 licensing partners and partnership expansions include:

The Powerpuff Girls franchise will be celebrating its 20th anniversary in 2018. Fans can expect new episodes, events, and products that will continue into 2019.

The new licensing partners for The Powerpuff Girls include:

Cartoon Network will also be expanding the licensing programs around popular brands We Bare Bears, Steven Universe and Adventure Time.

The new partners include:

Check out all the awesome images!

Fans of Adult Swim can expect some goodies too. Adult Swim and Cartoon Network Enterprises are heading into the NY Toy Fair “with an expanded licensee program around the award-winning comedy series Rick and Morty.” The upcoming releases will include new Funko collectibles, construction sets, games, and more!

The new Rick and Morty licensing partners and partnership expansions include:

Check out the Rick and Morty images!

“Adult Swim has a fervent fan base who expect to engage with their favorite properties in their daily lives. As we continue to expand Rick and Morty product offerings and enter new categories, we are assuring the portal will never be closed to them,” said Pete Yoder, vice president, Cartoon Network Enterprises for North America.

Samurai Jack fans will be glad to know USAopoly’s Project Raygun division is set to debut a new Samurai Jack board game in 2018. Samurai Jack: Back to the Past is “the first hobby game that allows fans to relive the story of Samurai Jack in a tabletop experience.”

Which products are you most looking forward to? Let us know.

Previous:The Hunt For Wolverine Gets Spin-Off Titles And More Storm
Next: Marvel Cinematic Universe Steps Up Its Game With Black Panther