The Brits Have the Comic Con: Titan Entertainment at NYCC 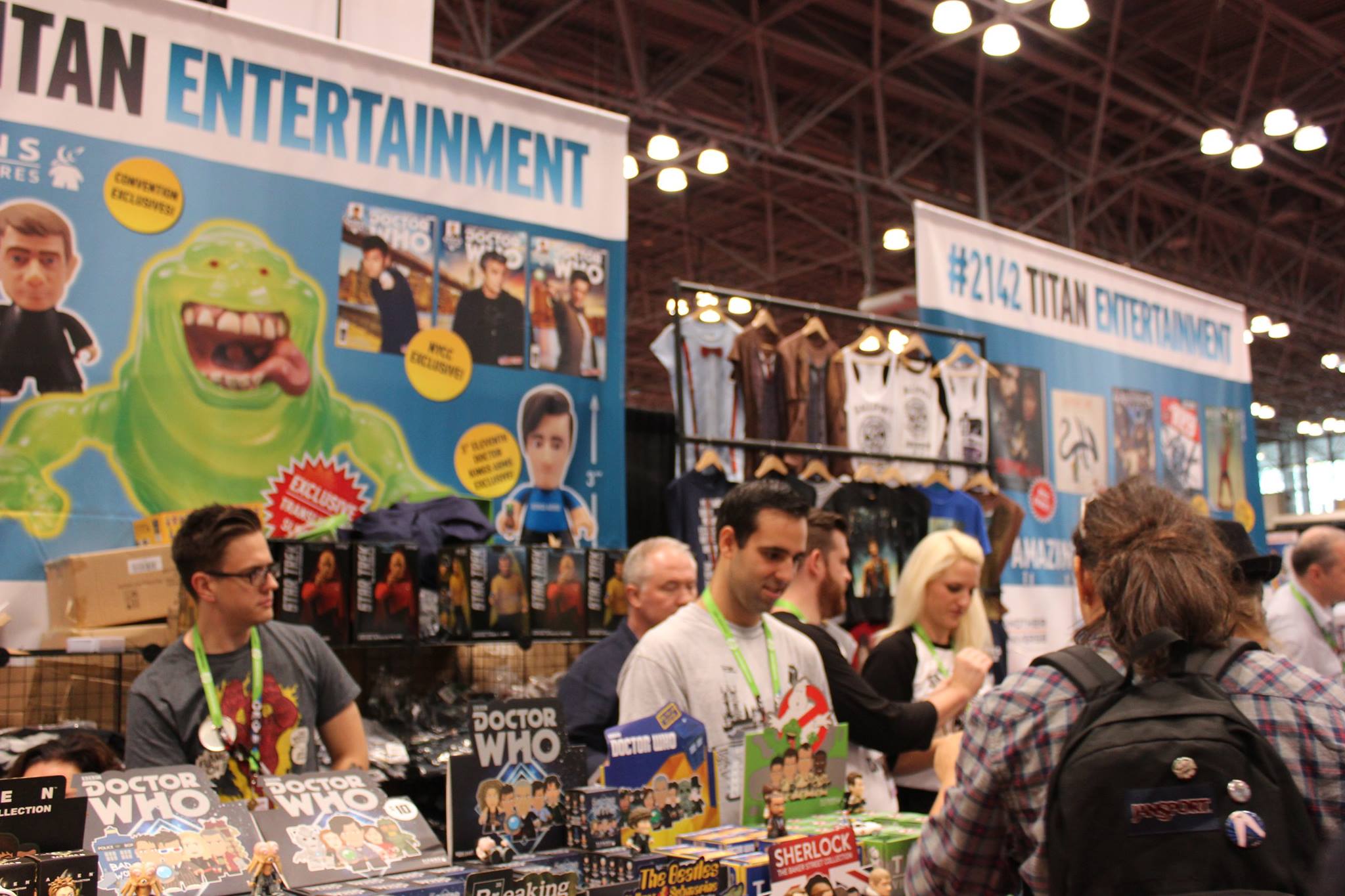 Getting larger every convention, Titan Entertainment had a massive booth at NYCC this year, complete with merchandise, books, and comics galore. If you aren’t familiar with Titan, check out my Toy Fair review from earlier this year. 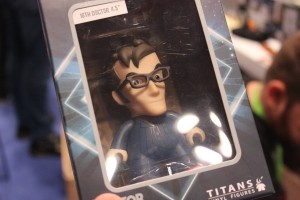 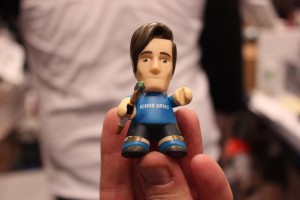 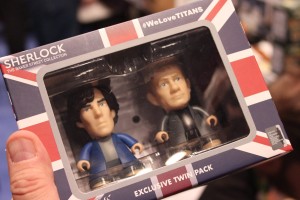 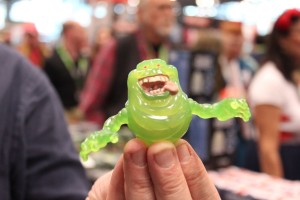 The exclusive swag available for con goers this year included some Sherlock (a duo pack with Watson – both in their jimjams) and Doctor Who (11th Doctor in his football kit and 10th Doctor in his pinstripe suit) vinyls. They really do focus on facial accuracy, or as best as you can do with vinyl. I have to admit, nearly anything with the 10th Doctor has my vote. There was also a Slimer variant from Ghostbusters; it was so adorable. On a side note, both Ghostbusters and Back to the Future were really big at NYCC. It was nice to see good movies rearing their heads. 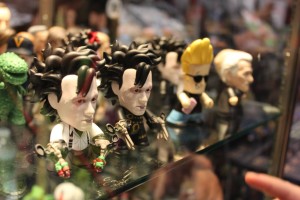 They also previewed their upcoming X-Files blind box offerings, as well as their Edward Scissorhands figures. The X-Files ones were truly fantastic. There were variants of Mulder and Scully, as well as some of the stranger Monsters of the Week. It was nice to see the Lone Gunmen as well; everyone has their favorite – mine was Byers. I’m just keeping my fingers crossed for some Supernatural or Psych figures at some point on the horizon… hey, you never know! 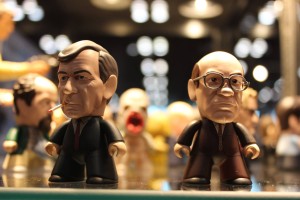 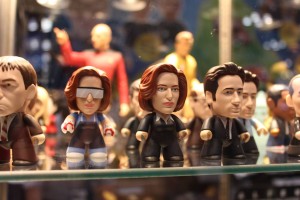 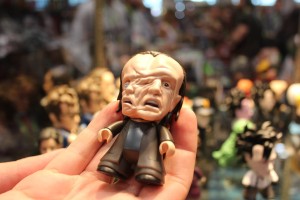 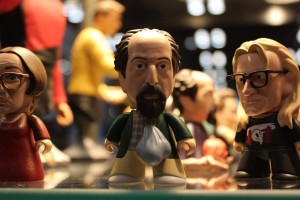 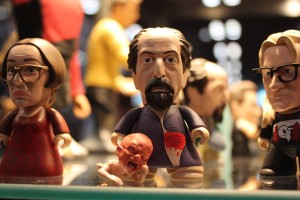 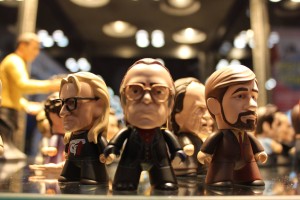 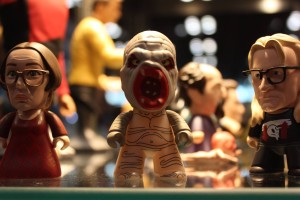 There were a number of new book titles available as well. The Art of Mad Max: Fury Road and The Art and Making of Hannibal: The Television Series seemed to be the favorites, which is not surprising considering the massive fandoms that surround them both. They were beautifully rendered books, and worth the reasonable price tag ($25 and $15, respectively). Oh, and for all of you Fannibals, they are doing a Hannibal cookbook next year, though I don’t think the ingredients will be available at your local supermarket. 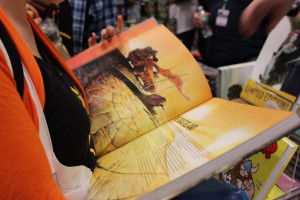 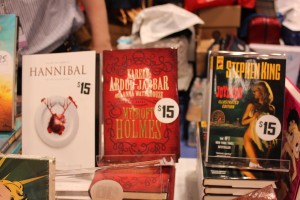 One of the more interesting ones caught my eye: Mycroft Holmes. It’s a novel about the exploits of the elder Holmes as a young boy. To be honest, Mycroft was always my favorite, but on top of that, it’s the author that gave me pause: Kareem Abdul-Jabbar is one of the co-authors. Apparently the famed basketball legend is a big Holmes fan – who would have figured?! I’ve a copy of the book, and it’s next on my reading list, so I’ll let you know what it’s like. 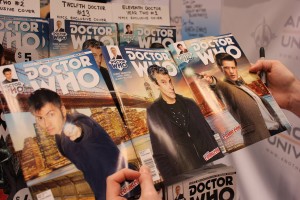 Titan Comics was also in full swing. In addition to the well-known (and loved) Doctor Who comics, which follow the 10th, 11th, and 12th Doctors, there was also the new Assassin’s Creed comic. What is fantastic is that it centres on a new character that was created by Titan itself, which Ubisoft are including in the video game universe. That is pretty epic! (There were even a few cosplayers milling about dressed like the heroine already!) Now, to be honest, I’m not familiar at all with Assassin’s Creed, but this comic series begins during the Salem Witch Trials and is paralleled with modern day – and that is just too cool to pass up. 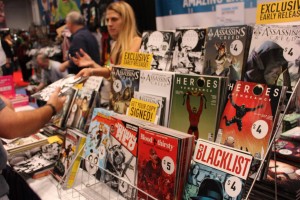 Garth Ennis was even on hand for a booth signing of his updated version of Johnny Red! It’s an update of an old British comic book about a WW2 fighter pilot; both the art and story are absolutely fantastic. 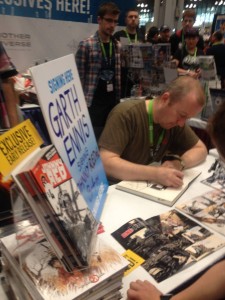 Ultimately, I have to say, I’m loving all things Titan. They really know what they are doing and giving us some great geek offerings. I’m looking forward to seeing what they have in store for us next year, because I can just feel the busy bees behind Titan working overtime to wow us even more.