Last weekend, more than 80 people packed up costumes, swords, and their love of all things Game of Thrones to make the trek to the fourth annual Ice and Fire Convention, which took place at the picturesque Mountain Lake Lodge in Pembroke, Virginia. It was a new location, a mix of old and new attendees, and that same special something that has made Ice and Fire Con the highlight of my year since 2013. 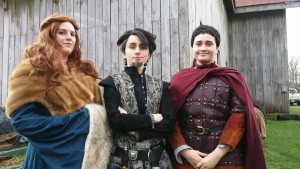 I had never been to a convention before that first Ice and Fire Con, but I was welcomed with open arms by my fellow nerds, and have since made friends from all over the country (even Canada!). Its small size and beautiful locations (formerly Ravenwood Castle in Ohio, now at Mountain Lake – of Dirty Dancing fame – in Virginia) truly gives the con a “summer camp for adults” feeling.

All the favorite events from previous years made a comeback at Ice and Fire Con 2016: the Ommegang beer tasting; panels about the show, the books, and cosplay; improv of ice and fire; a two-part trivia contest; the tourney; the “Flea Bottom Fête” dance party; the boardgame tournament; and the “bad fanfiction” reading, which featured Ser Barristan Selmy meeting Katniss Everdeen as well as Ned Stark and Jorah Mormont fighting crime at a gay dance club. Ice and Fire Con mainstays like Cards Against Westeros and the (unofficial) Game of Thrones drinking game were played all weekend long. There were new events this year as well, including a stage combat demonstration and a bonfire night. For those 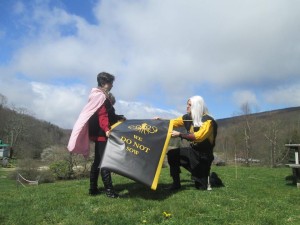 attendees who stayed through Sunday night, we even had a live viewing of the first episode of season six of Game of Thrones.

Having Ice and Fire Con 2016 at a new location meant some growing pains, but overall the transition went very well. The grounds are sprawling and gorgeous, and not even a light rain on Friday could put a damper on our revelry. For those who view the weekend as more of an Ice & Fire-themed vacation than a convention, there are many activities available at Mountain Lake, like hiking, archery, and an aerial & zip-line adventure course. The rooms and cabins were lovely, the food was excellent, and the bartenders even mixed up a few drinks special just for the attendees! Plus, at mealtimes, there was an influx of the general public – watching them react to us (“I think they’re vikings?” “They must be filming a movie here!”) was a definite treat throughout the weekend. 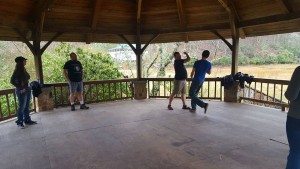 Per usual, cosplay was also a highlight of this wonderful little con. Besides some gorgeous recreations of show costumes and awesome interpretations of book ones, we had a Victarion Yaay Joy, the Sansa Stark Defense Squad, and from our resident Chicago contingent: “Da Bears and the Maiden Fair.” One of our attendees also recreated the Iron Throne from the show and hauled it all the way from Alabama so that we could enjoy pictures with it!

We hope to return to Mountain Lake Lodge in 2017 and continue to grow in size and scope. If you are interested in attending next year, please check out our website, our facebook group, or our tumblr for more information. 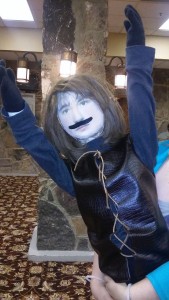