A lot has changed for James and Eric of The Walker Stalkers podcast and Walker Stalker Con since I first interviewed them a year ago, and I’m really excited that I was able to talk to them again as they prepare for the second Walker Stalker Con Atlanta, which kicks off in just one week. They’re old pros at this now – after their inaugural convention in November 2013, they hosted two more Walker Stalker Cons elsewhere in the U.S. (Chicago and Boston, to be specific). And they already have seven more planned for next year! Clearly they’re doing something right…though that’s not a big surprise to this writer, as I wholly enjoyed my experience at last year’s convention in Atlanta.

Eric and James are excited to be bringing Walker Stalker Con back to Atlanta, because not only is it where they started, they also had a lot of grand ideas about returning – and they’re putting everything they have into making this another great convention. In terms of celebrities, the majority of the Walking Dead cast – past and present – will be there at one point or another, and although Walker Stalker Con remains a mostly Walking Dead/horror/zombie convention, there will be some other fun guests as well. (Namely Jason Momoa of Stargate: Atlantis and Game of Thrones fame, and Ian Somerhalder from Lost and The Vampire Diaries.)

Of course the biggest news is that Andrew Lincoln is attending again. I was at the NerdHQ Walking Dead panel at San Diego Comic-Con when he announced that he would be coming back, and as it turns out that was even a bit of a surprise to James and Eric. They knew he had enjoyed his experience at last year’s convention and hoped he would return, but in the end they basically found out when we did!

In addition to Andrew Lincoln, Norman Reedus will be there as well, despite rumors that he signed an exclusive deal with another convention. One of the most exciting things on the schedule is Saturday afternoon’s “Bromance” panel featuring these two actors, although I’m also looking forward to “Best Friends” with Laurie Holden (Andrea) and Danai Gurira (Michonne) and “Abraham’s Army” with Michael Cudlitz, Josh McDermitt, and Christian Serratos (Abraham, Eugene, and Rosita). 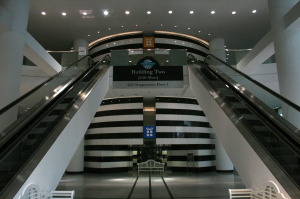 Thankfully Walker Stalker Con has a host of volunteers (500, in fact) and a good crowd control system set in place, because they’re on track to have 25,000+ attendees this year, compared to 10,500 last year. But with the majority of the convention taking place in the AmericasMart (as opposed to being split between there and the Westin in 2013) they have plenty of room to spread out and will certainly be taking advantage of that. Some of last year’s events are coming back, such as the Emily Kinney concert and Zombie Bash on Saturday and the live viewing of the new Walking Dead episode on Sunday October 19th…and there are some exciting new developments, as well. On Friday night IronE Singleton, who played Theodore Douglas (a.k.a. T-Dog), will be performing his one-man show “Blindsided by The Walking Dead”. Though this show requires an additional ticket, there are several options available and prices start at just $25. 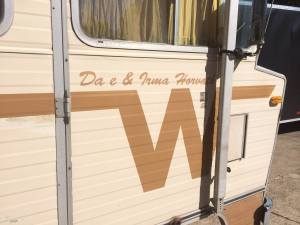 However, I have to admit that I mostly can’t wait to see Dale’s RV! That’s right, the Walker Stalkers found and refurbished an RV, and it will be available outside the AmericasMart all weekend, for people to tour and take pictures. (Seriously, I may dig out my season two Andrea costume just for this!) Additionally, James and Eric noted that there would be “some surprises and celebrity appearances” at Saturday night’s Zombie Bash; I’ll be sure to keep an eye out for those, and if you’re attending, you should do so as well!

Clearly it’s been a whirlwind year for Walker Stalker Con, but as the organizers said, the growth of these conventions will continue as long as the show and the fans are there to support it. AMC as a network and the cast and crew of The Walking Dead have been “so gracious” throughout the Walker Stalkers’ endeavors, and their great relationship really shines through and adds to their success. So if you’ve been on the fence about attending Walker Stalker Con Atlanta, climb down and go buy your ticket – I hope to see you there!