2018 has been a great year for albums. High concept, dance pop, soundtracks – we’ve had a little bit of everything. But which one is the album of the year?

There are three sections below – my top 5, the top 5 albums I discovered in 2018 that weren’t released this year, and links to Spotify playlists for everything on these lists. 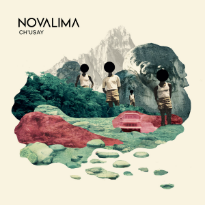 Four simple words changed my life in 2018: Afro Peruvian World Music. I have always been a lover of lyrics, so it follows that non-English music would never quite be my jam. But I follow OkayAfrica, who releases lists of top new African music. Novalima was on a best of Afro-Latinx list with “Ch’usay,” from an album of the same name. The eponymous single is almost psychedelic, ghostly vocals soaring sweet and clear (and the music video is very worth a watch). The rest of this album of the year is groovy and danceable and full of musical influence from all over the world, in both space and time. As a side note, every single one of their albums available on Spotify, including the remix ones, are fire. Give them a listen and try not to dance, I dare you.

4. EVERYTHING IS LOVE by the Carters

Beyoncé and Jay-Z have had a tumultuous few years. Lemonade gave way to 4:44, and the superstar couple seems stronger than ever. Their On the Run II tour was a masterpiece in showmanship and their legacies, individually and as a duo. The jewel of OTR II was EVERYTHING IS LOVE; the album dropped in the summer of 2018 Beyoncé-style with very little promotion preceding it. I admit, I was not on board the first few times I heard EVERYTHING IS LOVE. So what changed, to make it an album of the year for me? Part of it was accepting that Beyoncé and Jay Z are going to perform differently on a wholly collaborated album, vs the occasional single where they feature for each other. I know when I was picking out my top 3 songs, I initially listed six of the ten total. Incidentally, the length of the album is also a huge draw – short, sweet, packed with hits. “APESHIT” and “NICE” are undeniable bangers, and my third pick is album opener “SUMMER.” It may be a consummate “introduction to an album” song, but it tends to be the one stuck in my head long after EVERYTHING IS LOVE ends.

I have always been a huge fan of hip hop, but I am also white and older, so I’m not the target demographic for the genre, especially in the last ten years. So, J Cole has never been on my radar, until KOD. Oh boy, what an introduction! KOD is, to quote the title track, “big as the f***in Atlantic.” It’s a concept album filled with fire tracks, a metatextual look at the rap game and fame in general.

Dirty Computer will top many album of the year lists, and it deserves it. Techno-funky, Prince-recollecting, queer anthemic – it is a masterpiece in more ways than music. The first of Janelle Monáe’s albums not invoking her alter-ego Cindi Mayweather, Dirty Computer is bracing, brilliant, and bodacious. It’s also complicated – it might be easy to boogie to “Make Me Feel” or “Screwed,” but songs like “Crazy, Classic, Life” and “So Afraid” might take multiple listens to fully appreciate. Monáe also has bars, as we found out on “Django Jane” (and the rudely unreleased rap on the labia pants-tastic “Pynk,” a verse only featured on the visual album). Is she hinting at a rap album next? We can dream.

I want to first admit that my #1 pick for album of the year might be clouded by recency bias – Premonitions was only released in late October of this year. But it’s also the only album on this list that I have listened through, cycled back to the first track, and immediately listened to again (repeated ad nauseam). And to think, I almost gave up on Premonitions – I was all in on the single “Stop Talking,” but the rest of the album felt slower, loftier than my normal tastes. Especially the first song, the almost-acapella “Thingamajig,” a slow, heart-wrenching 4-minute apology, turned me off. Miya Folick’s register-sliding vocals evoke Joni Mitchell, with a splash of the late Dolores O’Riordan, and perhaps a pinch of Taylor Swift at her best. I don’t know when the switch flipped for me on Premonitions, but I do know that my top 3 song picks were agonizing to decide upon (even the erstwhile disliked “Thingamajig,” which I now warble in falsetto at my cats on the regular). Premonitions is synthy, emotionally-charged, and so, so excellent.

In no particular order –

And special shout out to Party for One by Carly Rae Jepsen and two of Lizzo’s singles from the year, “Boys” and “Fitness.” These songs aren’t on an album (YET?), but they are still best of 2018!

Favorite Albums I Discovered in 2018

There are plenty albums we come across outside of the year in which they were made, and they deserve recognition too!

This is almost unfair, and it isn’t correct to say I “discovered” it in 2018. Rather, I finally let myself listen to it. I had waited this long because I knew, I knew I was going to be all in on this masterpiece. Spoiler alert: I was right, and now I’m seeing the show in New York in March.

Favorite song: Wait For It (but how can you pick just one??)

I’ve been chewing my way through Cameo’s discography ever since I heard the Heat Rocks podcast episode about Cameosis. I knew of “Word Up,” their most famous single (and definitely a bop in its own right), but I had no idea the scope of their disco funk repertoire.

Thank you Spotify discover weekly and HBO’s Insecure for putting Lekeili47 on my radar, because her beats are sickening, her lyrics are scintillating, and her secretive identity is all a part of the fantastic package.

How does a jazz/bluegrass girl duo feel so gosh darn groovy? I don’t know, but I am forever grateful Upstate Rubdown exists. They just released a new single, “Marietta,” under their new simplified moniker Upstate, and I’m always going to mourn the double entendre cleverness of their original name. Luckily, the musical quality has remained.

This album feels like the soundtrack to a dance party in a future where robots and humans have learned to coexist. It’s synthy and super fun, and even dips its toe into the more serious on tracks like “War On Women.”

ALBUM OF THE YEAR PLAYLISTS

Previous:You Can Stream “Pokémon the Movie: The Power of Us” On Amazon, Google Play, And iTunes!
Next: “Godzilla: King of the Monsters” Second Trailer Shows Epic Kaiju Battles