Angel (aka Stephanie) has a BA in Film & Digital Media from the University of California, Santa Cruz.  She’s been a guest on various podcasts and webcasts including Genre TV for All, Free2B Radio, An Englishman in SDCC, and our own website’s FEELINGS… with the Geekiary.  She was also a news anchor on her college campus news station and has written for  Friends of Comic-Con.  She also has essays published in Fandom Frontlines.

She writes for various fandoms including Heaven Official’s Blessing/Tian Guan Ci Fu, Fugou Keiji, Game of Thrones, Star Wars, Marvel, Hannibal (it WILL be back), Boku no Hero Academia, Yuri on Ice, and various other titles.  She is particularly interested in fandom activism, fan produced works, feminism in geek culture, and LGBTQ+ representation in media.  She covers geek culture in Honolulu, Hawaii, including the local LARP community, and travels back to the mainland annually for San Diego Comic-Con.  Check out her SDCC Hotel Tips, SDCC Newbie Guide, and SDCC on a Budget articles.

Angel maintains the back end of The Geekiary and oversees the maintenance of social media, website masterposts, and our convention schedule.

Co-Admin, Editor, Author
Jamie has an English degree with a focus in creative writing from The Ohio State University. This helped with self-publishing her very own novel. (Not quite positive how it helped, but surely it did.) The Perils of Long Hair on a Windy Day is available through Amazon and has sold very well among her family members. Her second novel is perpetually in progress. For a while, she tried her hand at vlogging – but shhh, we don’t talk about that.

Jamie reviews The 100, The Expanse, Haikyuu, Attack on Titan, and One Punch Man, just to name a few. She also recommends some great TV that you’re missing out on and contributes her insight on movies. She reviews books as she works her way through her massive “to read” pile. Jamie is a member of the San Diego Comic-Con team as well as part of our New York crew, helping cover numerous events in the Big Apple, including New York Comic Con. Check out her NYCC Beginner’s Guide!

Jamie helps with back end operations of the website, including merchandise giveaways and social media. Occasionally she pops up in our themed webcasts. She previously wrote for Fangirlish.

Khai is a writer and game designer with a military background. She studied anthropology at the University of Michigan-Dearborn, alternately amusing and confusing people with her academic analysis of fandom culture. Some of her original research, including one titled “Gender, Sex, and Werewolves”, has been presented at international conferences. In between serious research, she hosted a comedy radio program called The ROFLCopter Radio Show.

Since leaving academia, Khai has been writing, hitting conventions, and creating games (both board games and RPGs) with Calico Games. She’s been staff for several LARPS and conventions including New World Magischola and PenguiCon. PenguiCon is also where she led a convention panel on creating board and card games.

Khai is co-editor of (and contributor to) a comic anthology called True War Stories, coming out this Fall from Z2 Comics.  She’s been a guest on the popular nerdy podcast Comics Squee and serves as admin for several social media groups including the multi-platform The Gish Network.

Here at The Geekiary, Khai serves as editor, and writer. Her focus is games, comics, and geek culture.  She also helps support back end operations of the website.

Author, Admin Assistant
Farid has a Double Masters in Psychology & Biotechnology as well as an M.Phil in Molecular Genetics. He is the author of numerous books, including Arousing the Legacy, Missing in Somerville,  The Game Master of Somerville,  and The Escaped Murderer of Somerville.
Farid gives us insight on comics, TV shows, anime/manga, video games, and movies. He reads many comics and frequently shares his thoughts on X-Men titles or stories with impactful queer representation. He contributes to reporting on breaking news involving all things geeky.
Farid also helps support the back end operations of the website. 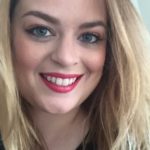 Erin reviews various TV shows including The Expanse, and many many movies. She has a keen eye for on-screen chemistry, and loves to tackle the subject of casting. She is also our horror aficionado. She live tweets shows, and loves to share her feelings. Erin has a BA in History, and likes to analyze the lore behind historical fiction and horror. She attends San Diego Comic Con and C2E2 every year.

Erin is a co-host of The Geekiary’s flagship webcast FEELINGS… with The Geekiary and is a content editor. 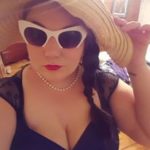 Bekah has a B.F.A. in Theatre Performance from Anderson University and is the Executive Assistant at Saga Event Planning, as well as co-hosting “The Bitching Dead” webcast. She edits pieces before publication and adds content to the website; she also attends and covers several conventions in the US, including Dragon Con, MegaCon Orlando, and Ice & Fire Con. She writes about various fandoms such as Hunger Games, the Walking Dead universe, Disney (particularly Maleficent and Peter Pan), Harry Potter, The 100, and more.  Bekah provides quality memes and product reviews for the site. She lives with her beloved dog, Splendid, who is named after the character from Mad Max: Fury Road, which is one of her Top 5 favorite films. 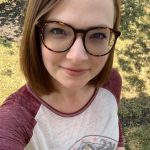 Kate has a Masters in professional writing and a Bachelors in communication (with an emphasis on cultural studies), and she uses all that training to help her pursue what she really enjoys: writing and talking about the imaginary people in the fictional worlds she loves. Right now, she works in the wonderful world of social media management, writes fan fiction, and adds commas to all the Geekiary articles she edits. 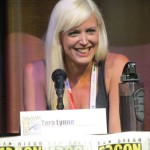 Tara Lynne is an author, event planner, fandom and geek culture expert, and public speaker. She founded Ice & Fire Con, the first ever Game of Thrones convention in the US, and now runs its parent company Saga Event Planning.

Additionally, she is an editor of The Geekiary and co-hosts the “FEELINGS…with The Geekiary” and “The Bitching Dead” webcasts. Tara has spoken about geek culture at San Diego Comic-Con, C2E2, Megacon, Dragon Con, Ohio State University, TedX Sarasota, and more; you can find some of her more recent panels on The Geek Saga podcast. Her debut novel, The Way of Reckoning, was published in December 2014; her second novel – entitled How to Start Living…in the Zombie Apocalypse – was released in February 2017. She is currently working on a collection of personal and pop culture musings (She’s Kinda Hot, But Then She Talks: Essays & Insight From a ‘Fake Geek Girl’) and recently starred as Daenerys Targaryen and Margaery Tyrell in the semi-viral Game of Thrones/Hamilton mashup Westeros: An American Musical.

Tara covers various fandoms for The Geekiary including The Walking Dead, Game of Thrones/A Song of Ice & Fire, Star Wars, and more, as well as writing film and book reviews and attending several conventions a year across the US. 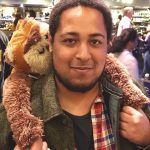 Rodney recently graduated from university with a Bachelor’s Degree in English Literature. When he’s not spending all of his free time planning and writing fanfiction, he’s building things in The Sims 4, and thinking up ideas for novels that he wants to eventually get around to writing.

As a contributor for The Geekiary, he provides insight into all things geek-related. Although, it’s safe to say that he has a serious soft spot for the world of superheroes, mystery, magic, and fandom. If there’s news brewing in the realm of Marvel or Scooby-Doo, he’s probably geeking out about it and figuring out how to properly translate his excitement into an intelligible article. 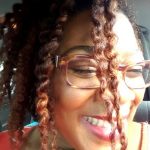 In her spare time she runs Beacon Hills: After Dark which is primarily a Teen Wolf podcast though she hasn’t actually talked about Teen Wolf in a very long time, go figure. 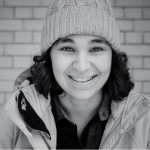 Froggy holds a Master of Science degree in Marketing and Management from Dauphine University in Paris. Before moving to Canada, she used to cover conventions across Europe for The Geekiary, now she mainly focuses on North American cons. She’s also a sports photographer for Our Game Magazine.

Jessica has a BA in music with an emphasis in voice and spends her day typesetting, editing, writing, and moderating webinars. Her geeky days started as a child watching the 60s live-action Batman TV series reruns and as a result, she became a lifelong fan of Dick Grayson. Her love of anime started in the 90s, watching Sailor Moon and Dragon Ball Z with her dad and brother. 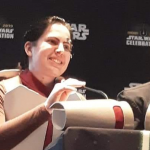 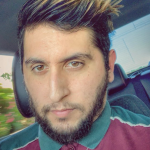