This page will be updated every year with changes.  This article was started back in 2014 and the majority of the information remains the same, but as with all things SDCC, there are procedural differences every year.  We’ll note major differences with an “Update,” followed by the new information.

If you ever have a question, please feel free to leave a comment or tweet at our SDCC crew (Angel, Jamie) and we’d be happy to help!

We also have a general SDCC Tips & FAQ page for all other details regarding the con!

Getting a good SDCC hotel can be quite be quite a stressful endeavor. You can try to book a hotel on your own but it will probably be either really far away (I’m talking 20-30 minute drive or more), or extremely expensive ($400+ a night). Sometimes you can get something close for less, but usually these come with no refund options, a high deposit, or require you to book for an entire week.  Other options, such as hostels or condo rentals, are few and far between and book up fast.

If none of these alternative booking options sound appealing to you, you probably want to participate in “Hotel Day” or the “Early Bird” specials.  The vast majority of attendees do these two options and maybe they will work out for you, too.  But everyone’s situation is different, so weigh your priorities and budget, then plan accordingly.

Let’s break down what all of this means…

SDCC Hotel Day (AKA The Hotelpocalypse)

On one specific day you will log into a system and select your top choices of hotels. Currently this process is done through an organization called OnPeak (previously they used a group called Travel Planners).  2018 Update: As of 2018, you can choose 12:  6 downtown and 6 elsewhere.  Only one is required for submission.  In years past you needed to fill out every selection slot.  This factor seems to change frequently.  Keep an eye out for official instructions about any changes with the form selection process.

2018 Update:  The hotel lottery is now much like the badge sale lottery.  There is now an online queue and you will be granted a room based on when you are allowed access to the form.  In the past, the people who filled out the form fastest were given the rooms first.  This system appears to have been done away with entirely.  But, as with all things, it’ll surely be tested this year to see if speed has any weight at all.

After you submit your form in the Hotelpocalypse you wait for an email that confirms which hotel, if any, you’ve been assigned.  If you’ve struck out, you can typically be placed on a wait list.  As time goes on, you will likely be able to view available rooms and grab any that are left over, but these are rare and tend to get snatched quickly.

Despite how stressful this all sounds, Hotel Day is the most popular way of getting a room and the best chance of getting an affordable room close to the convention center.  But there are other ways, of course.  Keep reading…

In my opinion, the Early Bird Special isn’t much of an advantage, but some people find peace of mind in locking in their hotel room and not having to deal with the stress of SDCC Hotel Day/Hotelpocalypse. The Early Bird sale is when a bunch of hotel rooms out in Mission Valley or near the Airport (again, I’ll explain locations later) that are less popular than the ones downtown become available. There is no refund or cancellation available for these rooms and you have to pay in advance.

The thing that attracts a lot of people to this option is that they’re cheaper than rooms near the convention center and you won’t have to battle other con attendees on Hotel Day.  It kind of depends on what your priorities to determine whether the Early Bird special is worth it. Don’t care about being directly downtown and want to avoid the headache of Hotel Day? Then go with the Early Bird sale. Want to stay near the convention center and play your odds on Hotel Day? Skip this option.

If the odds are not in your favor, however, you may end up in the same batch of hotels that were available during the Early Bird special, but you had to battle out Hotel Day with the rest of us anyway, so it’ll seem like a huge waste of time for you. In 2013 we stayed at the Sheraton in Mission Valley, which is an Early Bird hotel, but we went through the stress and headache of hotel day anyway for no apparent reason.  They don’t call it the Hotelpocalypse for nothin’.  It can be unpleasant sometimes.

You might have read the above two options and decided, hey, this is a hassle and everything sucks.  That’s alright.  You do you. But if you decide to book independently outside of the convention hotel services, there are some things you need to know.

First of all, all of San Diego is aware of Comic-Con so anything within, say, 20 miles of the convention is going to hike up their prices to some degree. I called a Travelodge back in 2013 and they were charging $350 a night for a room. For those of you who aren’t familiar with Travelodge, they are very basic motels with not many luxuries available. Despite this, they were charging a nightly rate on par with a nice hotel. Part of the OnPeak system is aimed towards keeping hotel prices down, so if you go outside of the system it’ll probably be very difficult to find a good deal. It’s not impossible, but it is very challenging.

Secondly, if you aren’t booking a convention hotel you need to be conscious about how you plan on getting to the convention each day. Look at the public transportation situation or consider renting a car. If your car rental costs $70/day and you are burning several gallons of gas each day is it really worth it to stay at a motel an hour away? You’ll probably spend the amount of money you are saving on the room on the cost of transportation and parking. Sure, you might avoid the headache of SDCC Hotel Day, but if that’s your motive you might want to just book a room during Early Bird and at least be on a shuttle route. At least it’ll be one less thing you have to pay for and it’ll be a lot more convenient.

Most people who rent condos either use the same people every year or they fire off inquiry emails as soon as the previous convention ends, so get in on this option as quickly as possible. If you find one available after, say, September of the preceding year, chances are the prices will be hiked because, as I said in the last section, all of San Diego is aware that the nerds are coming and that hotel rooms are at a premium. If you want to try you can check out AirBnB or VRBO.  Good luck.  I’ve known people who have been successful with this, but I know many more who could never find anything this way at all.

Hostels fill up fast. If you start your hostel search a few months after the previous year’s con concludes, you may find that everything near the convention center is completely full. People cancel, though, so if you’re interested in doing this you should check the hostel websites every single day. You might even want to call and see if they have a waiting list available. Some might, some might not. I recommend using Hostel World or Hostels.com to scout, but you might consider calling directly to book if you don’t see anything available.

The convention center is located directly across from the Gaslamp District. Any hotel with the term “Gaslamp” in the title is going to be within walking distance. These hotels are usually more expensive than hotels further out and prices here can get hiked up during the convention. If you get something under $200/night you are a very lucky person. The average hotel in the Gaslamp district is usually $250-300/night. Sometimes they can be a bit more, but that means it’s going to be more luxurious or you’ll be able to see the convention center out your hotel room window.

The above five hotels are probably going to cost you $300+/night or more on average. Sometimes much, much more (in 2018 my room at the Bayfront with four people was $404). Almost everyone tries to get those so competition can get fierce, but the higher price drives some people away.  This is where you’ll have to weigh how much walking a few blocks is worth to you.

There are also hotels located out in Mission Valley.  This is the second most popular place for people to stay outside of the Gaslamp area. These are about 20-30 minutes away by shuttle. The shuttle system is pretty extensive, but if you need to get to the convention center by a certain time I’d give yourself several hours to make it. Sometimes there can be a line for the shuttles and sometimes the shuttles fill up before they get to your hotel.  Full shuttles pass right by without stopping can become very frustrating. Getting back to my room in a timely manner was never a problem, but getting to the convention center in the middle of the day was a hassle.

There are also hotels located near the airport and Shelter Island. There aren’t many hotels located in either location that are used for the convention, but these are still options that you might consider. Both locations are traditionally served by shuttles, but are more than 30 minutes away.

There are also con hotels located in Old Town, Mission Bay, and Coronado Island, but they typically don’t have shuttle service. Don’t select these hotels unless you have a car or are willing to take public transportation or a taxi/Lyft/Uber every single day.

So there you have it. You are now equipped with the knowledge you need to select the best hotel room based on your specific needs. Good luck! LLAP

How to Attend SDCC: A Guide for Newbies 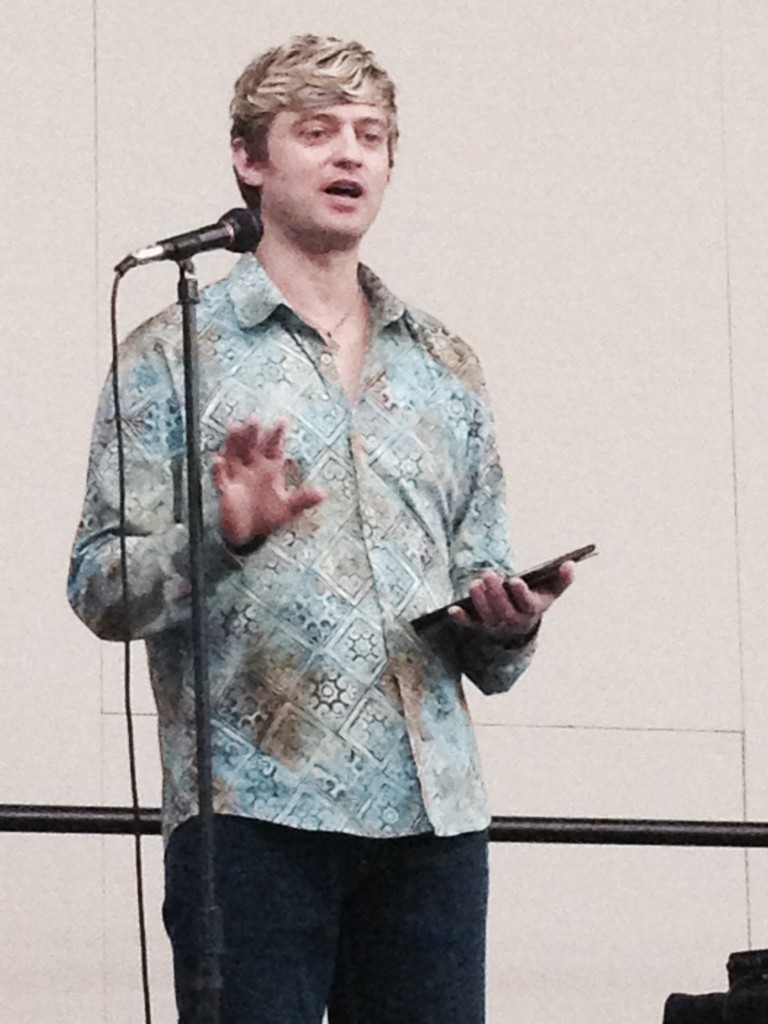 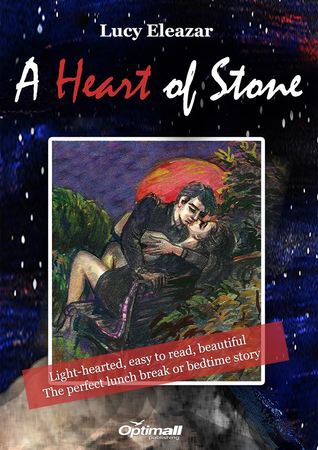