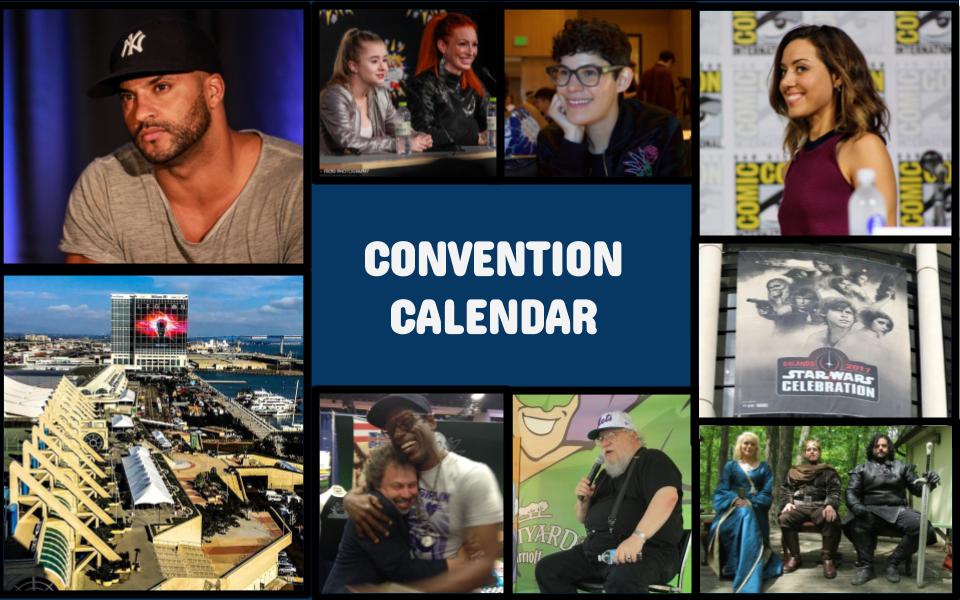 Welcome to the Geekiary Convention Calendar!

We’ve attended over 80 conventions, across four continents (North America, Australia, Asia, and Europe), from the years 2013-2019.  We have a large roster of conventions for 2020 as well and plan on bringing you coverage via blog, YouTube, and all of our social media accounts.  Links to our various social media accounts can be found in our sidebar.  Follow along!

Each new convention will be added to this calendar and older conventions will be documented with links to our coverage below our upcoming cons.

Will you be at any of the same cons we’ll be at?  Give is us a shout! Twitter is the most reliable way to contact us when a con is happening, so try there first.