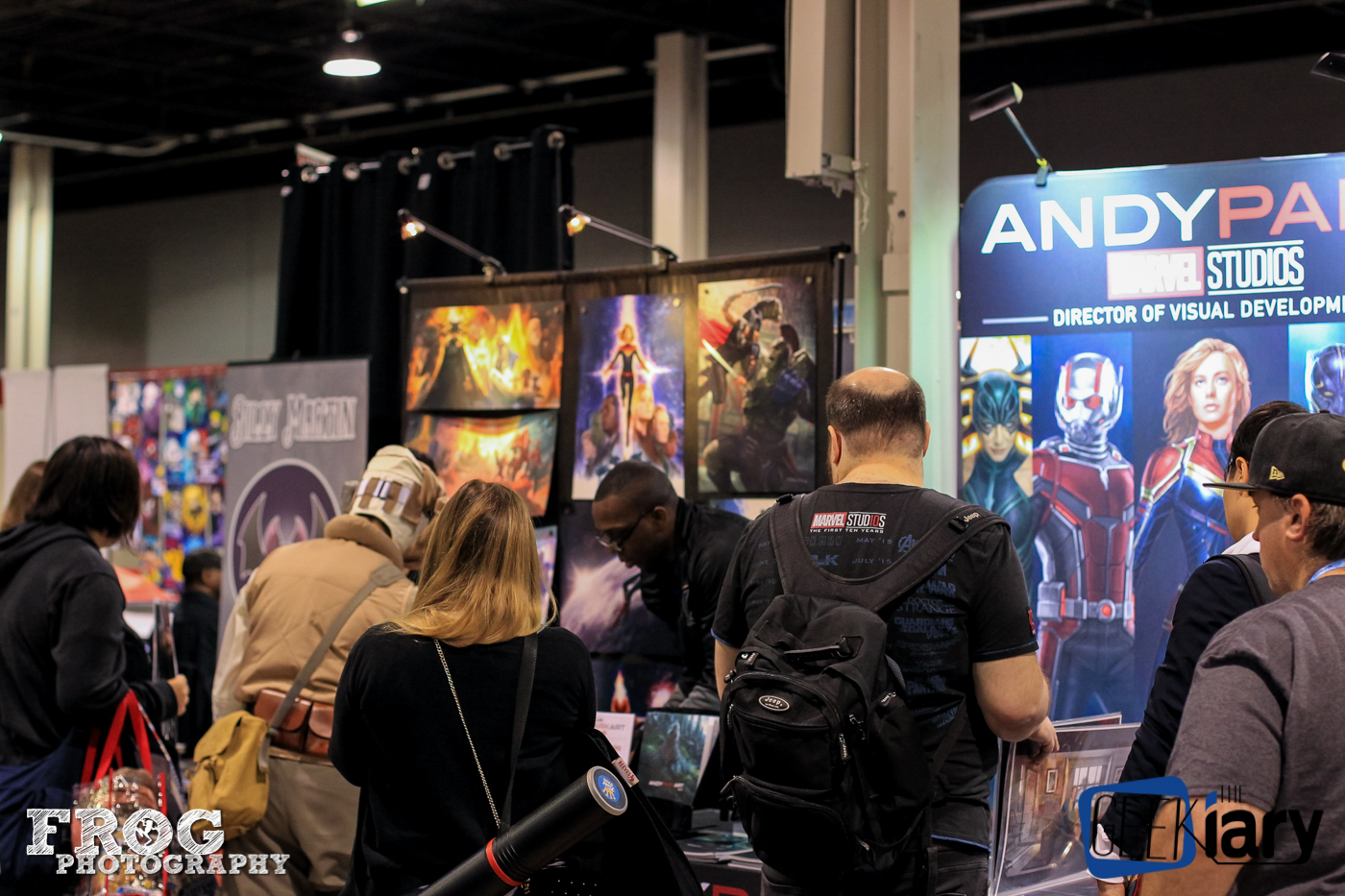 As usual, as soon as I post a daily Coronavirus convention update, more news comes out.  This time, ACE Comic Con is the one to make an announcement right after I hit publish on my previous piece.

As you may recall, the Geekiary had two people scheduled to attend ACE Comic Con this year.  This will mark the second convention that’s directly impacted our con schedule for the year and, sadly, I don’t think it’ll be the last.  We are currently tracking 32 conventions on our Coronavirus Convention & Theme Park Impacts page, four of which overlap with our own convention calendar. 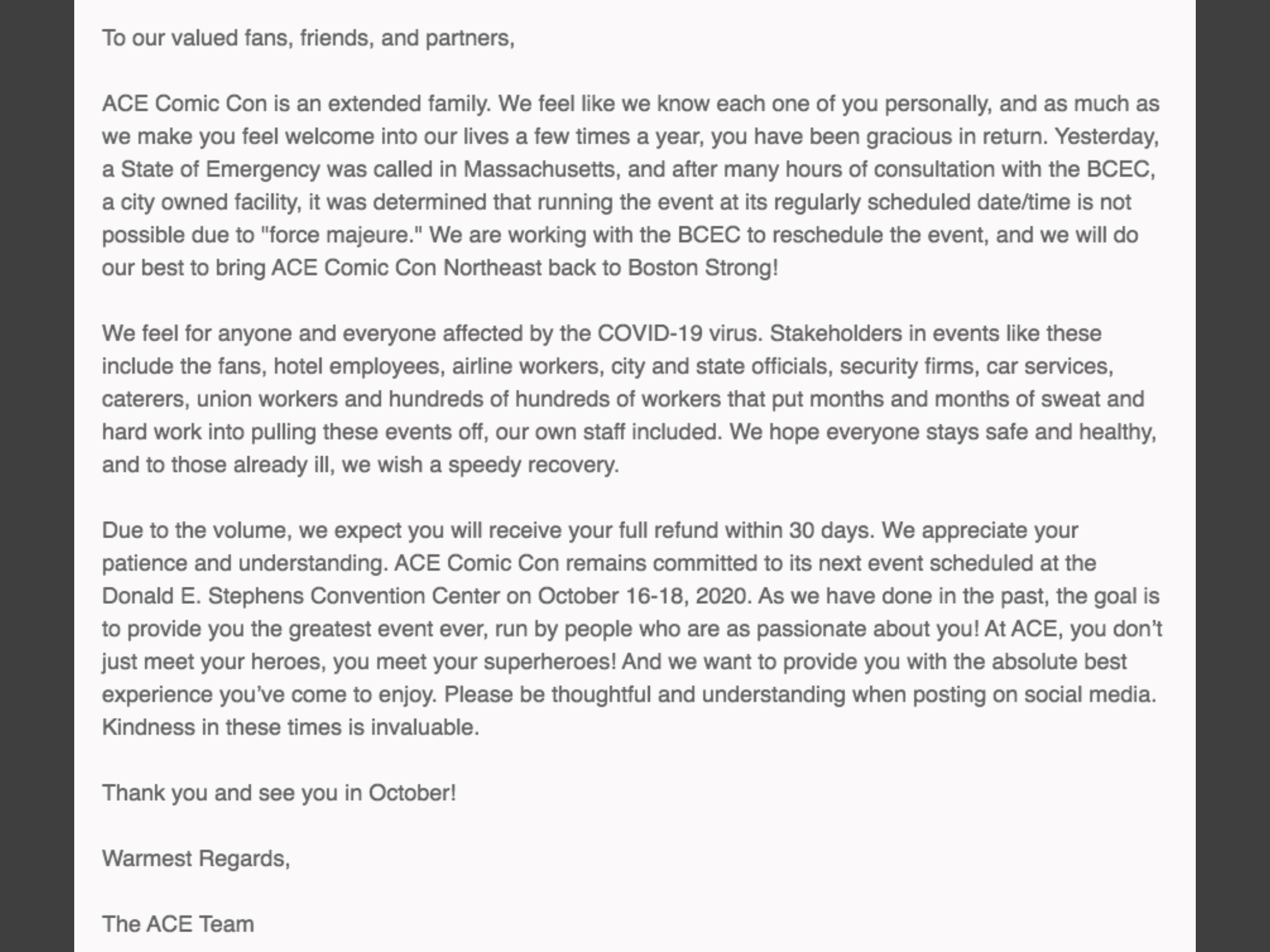 The convention, which was scheduled for March 20th-22nd in Boston, was slated to have many high profile guests, including two of the Marvel Chrises (Hemsworth and Evans) and many other fan favorite celebrities.

It was going to no doubt be an incredibly popular con this year, even with the ‘no touch’ rule they announced last week.  The city of Boston was making great efforts to cut down on large gatherings, however, including their Saint Patrick’s Day parade, so people have been speculating for a while that ACE Comic Con was next on the chopping block.

As of this writing there are 92 confirmed cases of the Coronavirus in Massachusetts.  However, this particular event was going to pull a fairly global audience.  Our two reporters were going to be traveling from New York and Iowa, and I had other friends coming in from Ohio and as far away as England.  Once again, local numbers are not always the biggest factor when it comes to spreading the virus, but even in this case, 92 is a fairly high number.

My hope is that most major gatherings over the next few weeks get cancelled as well to help prevent community spread and mitigate this disaster.  However, if you do plan on heading out to a convention anyway, please watch my Convention Safety video, and don’t forget to please please wash your hands.

1 thought on “ACE Comic Con Has Been Postponed”