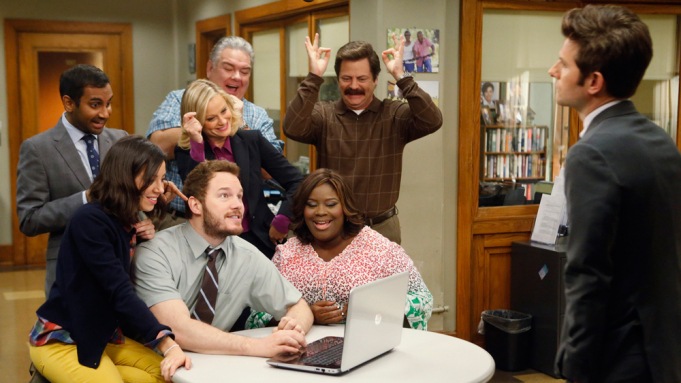 The Parks & Rec cast will reunite while socially distancing for a scripted special benefiting the charity Feeding America.

The description is as follows:

Pawnee’s most dedicated civil servant, Leslie Knope, is determined to stay connected to her friends in a time of social distancing.

The charity, Feeding America, provides food to food banks across the country. The donations from the event will specifically go towards their COVID-19 Response Fund.  Over 26 million Americans have lost their jobs in the past five weeks, meaning that many people are now suddenly food insecure. The demand on our food banks has no doubt increased as a response and the money raised from this event will surely help alleviate some of that pressure.

In addition to the monetary support to this vital charity, this is just great news for the mental health of fans across the globe. The series was critically praised and has a strong cult following online. It’s hard to understand meme culture without some sort of background knowledge of the series.  And let’s be real, I’m definitely a meme lord, so a large part of why I watched it was just to understand the memes. I wasn’t disappointed!

This show somehow remains oddly relevant today – especially Leslie Knope. While topics regarding government and civics are dominating almost every headline story, it’s easy to find a relatable Leslie Knope moment to use to express yourself. Her enthusiasm for democracy and government is oddly refreshing when considering… you know… all of this.

Execs at NBC seem to agree that she’s the perfect fit to unite us all right now.

“In such uncertain times, we can’t think of anyone better than Leslie Knope to unite our country with her unbridled enthusiasm and compassion,” said Lisa Katz and Tracey Pakosta, co-presidents of scripted programming at NBC Entertainment per numerous sources. “A huge thank you to Mike Schur and the cast of ‘Parks and Recreation’ for putting this wonderful special together and bringing a smile to all our faces while raising money for such a worthwhile cause.”

It’s been five years since the show went off the air and more than a decade since it even started, but it’s an enduring classic that’s worth revisiting. If you’re quarantined right now and need some entertainment, you can stream it on Netflix.

If you’ve never seen it before, that’s about 46 hours of programming to catch up on in the next seven days. A bit of a challenge? Maybe. But what else is happening right now? Everything is canceled. Go binge-watch this show!

You can donate directly to Feeding America here.