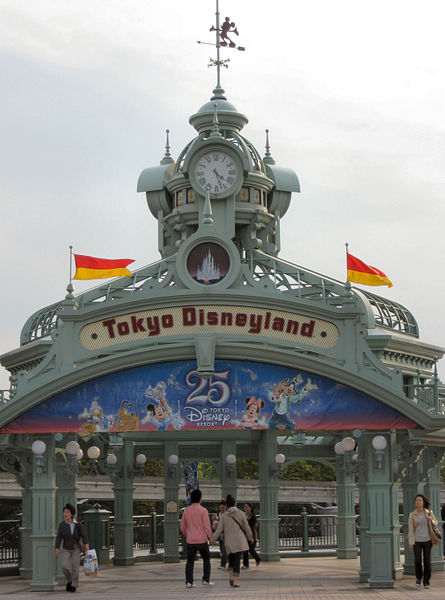 Tokyo Disneyland is scheduled to close for two weeks due to the Coronavirus. This marks the third Disney park disrupted by the epidemic.

Tokyo Disneyland and DisneySea, the two parks that make up the Tokyo Disney Resort in Japan, will be closing according to an announcement made today.  The announcement states that they’ll remain closed from Friday, February 28th through Monday, March 16th due to the Coronavirus. They promised further updates as they communicate with the relevant agencies about the current situation in Japan.

Both Shanghai Disney and Disneyland Hong Kong shut down last month for the same reason. Neither park has reopened at this time. This marks the first time three Disney parks have been simultaneously closed, as well as the longest period of time any Disney park has been closed consecutively.

This also marks the third time Tokyo Disneyland has closed. It shut down as a precaution as Typhoon Hagibis approached, as well as in response to the 2011 Tohoku earthquake.

In addition to Tokyo Disneyland being closed, more than 12.8 million students will be staying home from school for the next several weeks as Japan takes serious measures to prevent the spread of the disease. Numerous events, including conventions and cosplay gatherings, have also been canceled. Many Japanese based companies have also pulled out of conventions globally due to the possibility of spreading the virus.

The Olympics may also be disrupted, though they will make a final decision on that event closer to the end of May. The Olympics is scheduled to begin at the end of July, more than five months out from today’s date.

As of today, there are 214 confirmed cases of the Coronavirus in Japan, with four deaths reported. This number can change rapidly, however, so keep an eye on this website, which has been tracking the numbers fairly accurately.  Japan has the fourth-highest number of cases outside mainland China.

Fifty-four countries have confirmed cases. Over 83,300 people have been infected globally with a total of 2,858 deaths. The vast majority are located in mainland China, but new cases are being confirmed daily and the numbers will undoubtedly fluctuate.

On a personal note, I realize the gravity of this situation and frequency of updates about the Coronavirus has been a fairly big shift in tone for us here at The Geekiary, but we will continue to make updates when it effects the geek culture topics we are already highly invested in.

You can see our two most recent updates regarding the conventions that have been impacted by this (Emerald City Comic Con, PAX East, Game Developers Conference, San Diego Comic-con, as well as Anime Japan, CinemaCon, F8, and more GDC news).

We will continue providing updates focused on the topics our website generally covers. We hope the containment efforts are effective and all the conventions and theme parks we so very much enjoy begin operating as normal again soon. But until that happens, we’ll continue to make updates about it as often as the need arises.