“Dead by Daylight Mobile” Will Launch in Spring 2020! Get Ready to Kill or Survive! 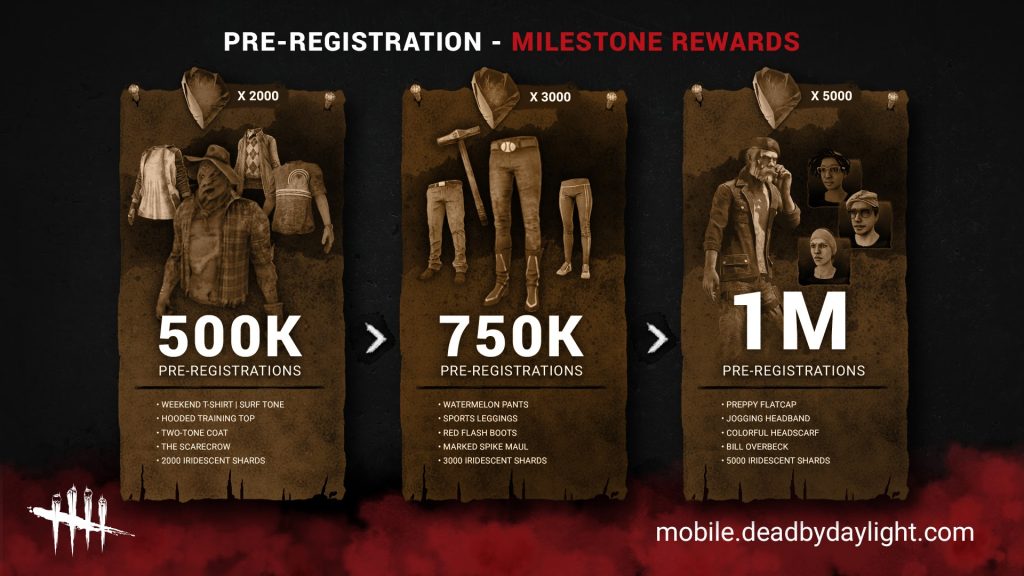 Leading global independent development studio Behaviour Interactive has announced that Dead by Daylight Mobile will release sometime in Spring 2020 in the Americas and EMEA. Get ready to kill or survive!

The company has launched the Dead by Daylight Mobile Google Play pre-registration campaign. Also, according to the press release, Behaviour confirmed its partnership with NetEase Games, who will act as the publisher for the asymmetrical multiplayer horror game in Japan, South Korea, and Southeast Asia.

For those who don’t know, Dead by Daylight is a 4v1 multiplayer horror game. The premise deals with one crazed killer hunting four friends through a terrifying nightmare. You can play as one of the survivors or terrorize others by playing as the killer. According to the information I received, the title has more than 15 million players worldwide on PC and other consoles.

The title has been able to cover numerous horror franchises including Stranger Things, A Nightmare on Elm Street, Halloween, and more.

Dead by Daylight Mobile is prepared to offer a similar gaming experience on the mobile platform.

“Our fans have been eager for the launch of this title since we first announced it and we’re happy to say our early adopters will be rewarded for their support and dedication. We’re delivering a fully-fledged and definitive product on iOS and Android devices and fans can expect complete support and great content for a long time to come,” said Mathieu Côté, Game Director.

You can go ahead and sign-up for the title’s pre-registration. Depending on the number of players who sign-up, certain in-game rewards will be unlocked:

Android users in the Americas and EMEA can pre-register here and iOS users can continue to pre-register on the website.

Take note; in selected Asian regions, Behaviour will work together with NetEase Games to deliver “impactful and impressive” game content.

“We are extremely happy to partner with NetEase Games for Dead by Daylight Mobile. Their expertise in operating and publishing mobile titles in Asia sets us up for success in the East. We believe that together with NetEase Games, we can bring quality interactive entertainment experiences for passionate gamers worldwide,” said Rémi Racine, CEO of Behaviour Interactive.

The game will be made available to these territories following a different timeline due to distinct optimization and localization processes.

More details will be shared by NetEase Games later this year.

Having such a game come to the mobile platform does sound interesting. Of course, we will have to wait and see what type of gameplay experience will be delivered (compared to the PC and other bigger consoles).

Anyway, killing a few fictional characters or running away from a murderer while commuting to school or work might be fun.

Will you be picking up Dead by Daylight Mobile for your mobile device?