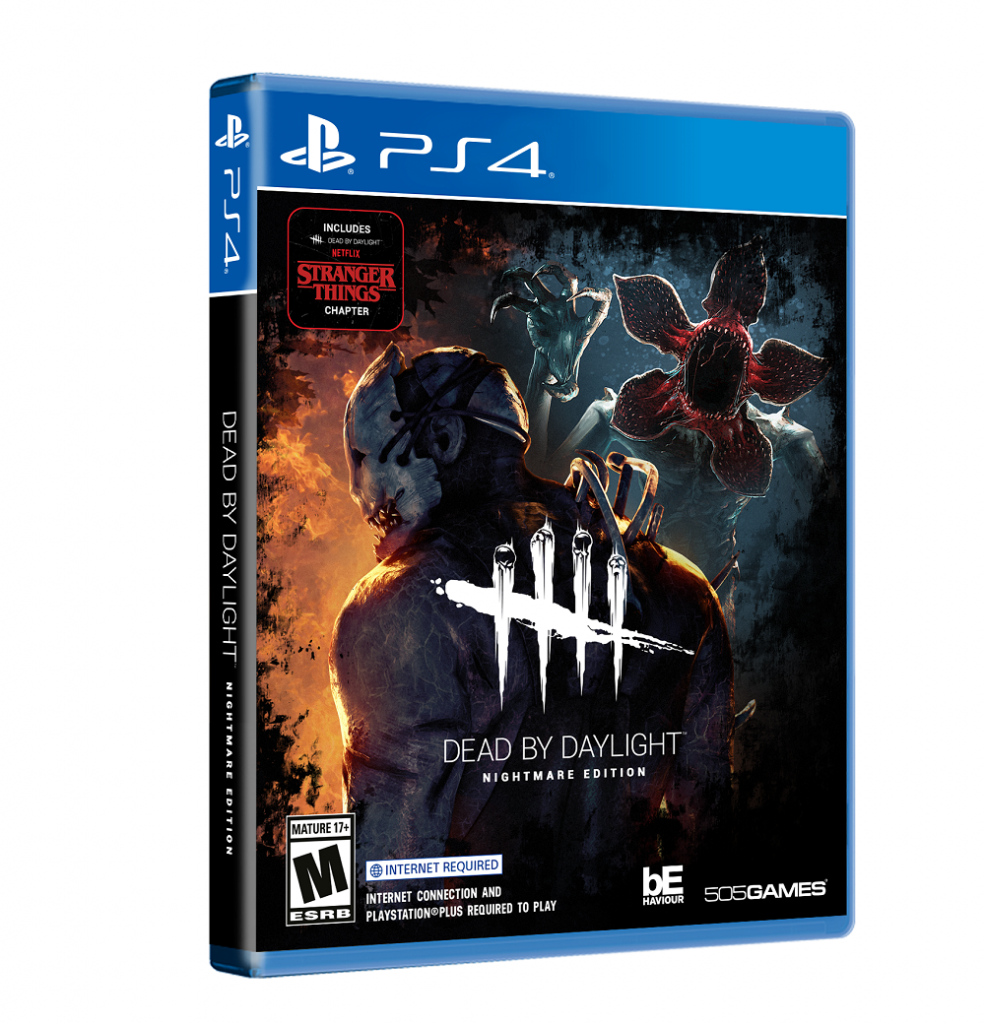 Global publisher 505 Games, in partnership with developer Behaviour Interactive, has unveiled plans to release an exclusive physical retail edition of the popular asymmetrical horror multiplayer game Dead by Daylight for the PlayStation 4 and Xbox One. It will be available in North America come December 10, 2019. That’s just in time for the Holidays!

Titled Dead by Daylight: Nightmare Edition, it will boast a price tag of $39.99. In my opinion, that isn’t much considering all of the content you’ll be getting.

Other than that, the retail edition comes with additional fan-favorite features including the Headcase Cosmetic Pack, offering players a variety of trendy hairstyles and accessories to style their favorite survivor, packed together with extra content from the original game release.

The Complete Feature Highlights of Dead by Daylight: Nightmare Edition Include:

The official description for the game reads:

Dead by Daylight is the hottest modern-day horror franchise with a global player base. In Dead by Daylight, players find themselves in a mind-bending hunt between a brutal killer and four survivors. Experience a deadly game of cat and mouse with two styles of gameplay—as a survivor, from a third-person perspective; or the killer, in first-person perspective. Survivors can work together or act alone using their situational awareness, while killers are on the hunt, focused on their prey.

For more information, you can visit the game’s official website.

To learn more about 505 Games, do visit their official website, too.