The apocalypse is back on—this time with a potential zombie threat looming overhead in The Magicians’ tenth episode of its final season, “Purgatory”!

Apocalyptic threats seem to be this season’s big theme. When I count up everything that this season has explored thus far in regards to end-ending events, we had the threat of the Harmonic Convergence, the threat of moon fragments flying down onto Earth, the Kraken busting out of its ocean wards, and now we’re dealing with the threat of a possible zombie apocalypse.

Considering that this is The Magicians’ final season, I guess giving us an unlimited amount of apocalyptic “what-ifs” isn’t that bad of a way to go out. In fact, I’ve personally found it all to be entertaining. It’s kind of fun to watch the characters navigate around and accidentally bump into a new threat that needs to be figured out. In a way, it’s a bunch of mini-quests pushed out in a marathon.

“Purgatory” brought us up to the next threat for our Magicians to face and it’s a doozy, but totally in The Magicians’ style. Last episode, we found out that Sebastian (The Dark King) is actually Rupert Chatwin and that he’s in Fillory because he wants to figure out how to bring back his dead boyfriend. In past episodes, we also found out that Sebastian is the only person capable of defeating/controlling “Takers”, aka monsters that take what you value the most.

This episode starts off with Sebastian seemingly killing Josh, by sacrificing him to the Takers. Josh is then dragged down to the Taker realm, only to find that the realm has direct access to The Underworld. I’m guessing that this realm is purgatory, considering the episode title. It’s also possible that purgatory is The Underworld, since it is not technically Heaven or Hell.

But anyways, once Josh takes an elevator down to The Underworld, he meets up with Penny-40 to figure out how to get back to Fillory. Unfortunately, it’s soon discovered that the only way to get out of The Underworld is by getting help from Hades…and Hades is missing. Nobody knows where he has gone.

I loved this piece of the episode partly because it also syncs up with what’s happening on Earth with Margo, Kady, Fen, and Alice’s story. But also because we get to go back to The Underworld. This is a place that we’ve seen before in past episodes of the show, like back when Quentin and Julia needed to reclaim Julia’s missing shade and also for a brief moment after Quentin died last season. For me, it’s just always fun to see how mythological places are depicted in television and film.

It was also great to see Penny-40 again. It’s weird, because it’s just the same actor playing a different version of the same character. But Penny-40 is the original Penny from the beginning of the series, and it’s just fun to see him in action. The reappearance of Penny-40 also gave us a brief, but really cute (and kind of heartbreaking moment) when Kady sees him and notes that he is her Penny, the one she was in love with before he died.

As I said, Josh’s adventure down in The Underworld syncs with Margo, Fen, and Alice’s plot on Earth. As it turns out, Josh has Margo’s magical fairy eye in his possession as a means for Margo to make sure that Josh stays safe. However, with Josh (and her eye) a realm away, it begins to cause her pain. So everybody else tries to figure out a way to help her through it.

At one point, Josh relays the message to Margo that Hades needs to be found.  So, Alice and Kady take a trip across town and find where Hades has been hanging out by his lonesome in an apartment for a few months. Although, in typical “God” fashion, he starts off incredibly unhelpful. Not surprising, since I don’t think we’ve ever encountered a helpful god/goddess in The Magicians. At least, never helpful right of the bat.

But this scene with Hades actually ended up being my favorite of the episode. Alice notices the disheveled state of Hades’ apartment and realizes that he’s grieving over the loss of Persephone (Our Lady Underground) who was killed off last season. And then we get this really great scene where Hades explains to Alice that he built The Underworld for humans so that their deaths could be easy and that they could cross over without trouble. But he also notes that for Gods, they’re not supposed to die, and that when they do, he doesn’t know what happens to him.

I loved this part because it finally gave us some depth into a God character. Normally, The Magicians have the various Gods/Goddesses act super arrogant and unnecessarily cruel, but with Hades, it seemed like the writers tried to humanize him. Not just with him going through a grieving process, but also with him experiencing a normal “human” crisis of “where do we go when we die”. It was really nice to see.

Once Hades realizes that Alice’s friend was sent to the Takers’ realm, he gives us the episode’s big revelation. Apparently, the Takers are the good guys. Their realm exists outside of The Underworld and Purgatory, so that if people attempt to escape, the Takers seek them out and return them. Hades also warns that if somebody were to bypass the Taker realm and get back to the real world from the land of the dead, it would open up a door for any dead person to escape—creating a real zombie apocalypse.

This means makes more sense of Sebastian’s plan, although I don’t think he’s fully aware of what’ll happen if he helps his dead boyfriend return to Earth. And while this revelation is cool, I’m slightly worried because all Hell breaking loose (literally) feels a lot like a potential season finale cliffhanger…and well, The Magicians was cancelled without the writers fully knowing about it. So now I’m worried that the whole series will end on a cliffhanger like this without ever getting resolved.

“Purgatory” also had two other story-lines in addition to the ones I already mentioned. One of them followed Eliot and Julia, still held prisoner in Castle Whitespires’ dungeon. The other one followed Penny-23 and Plum Chatwin stuck in some kind of time-traveling prison room.

The story with Eilot and Julia was pretty entertaining and hilarious. Their dynamic is great and I wish this show had more time to explore it. But their scenes consist mainly of them trying to figure out a way to escape the dungeon, eventually leading them to the revelation that Julia’s unborn baby is a traveler, giving her the ability to use its power when she’s in extreme distress. So Eliot fixes up a concoction that gets Julia all panicked and she’s able to escape.

The second story with Penny-23 and Plum was boring. Sorry, but it just seems like this whole story hasn’t really gone anywhere. Both characters spent the entirety of their scenes trapped until the very last moment of the episode, and nothing was really furthered in regards to the plot. We basically know just as much as we did going in to the episode with them, and it just seems like the writers might not really have anything to do with these two characters.

But what did you guys think about this episode? Tell us in the comments down below! 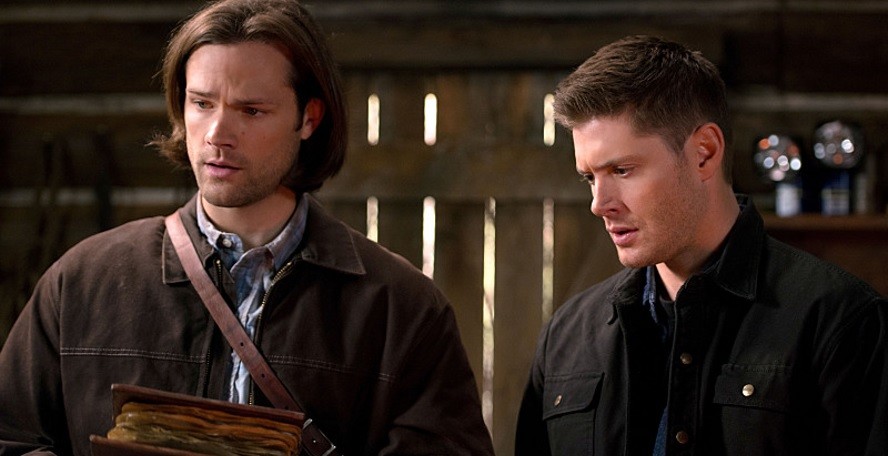 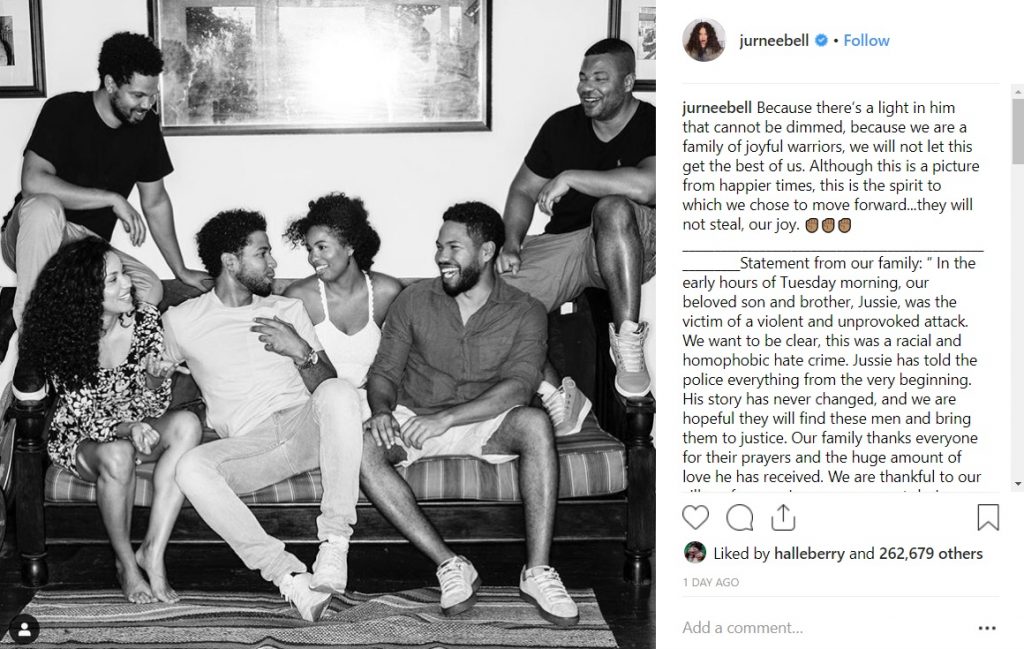 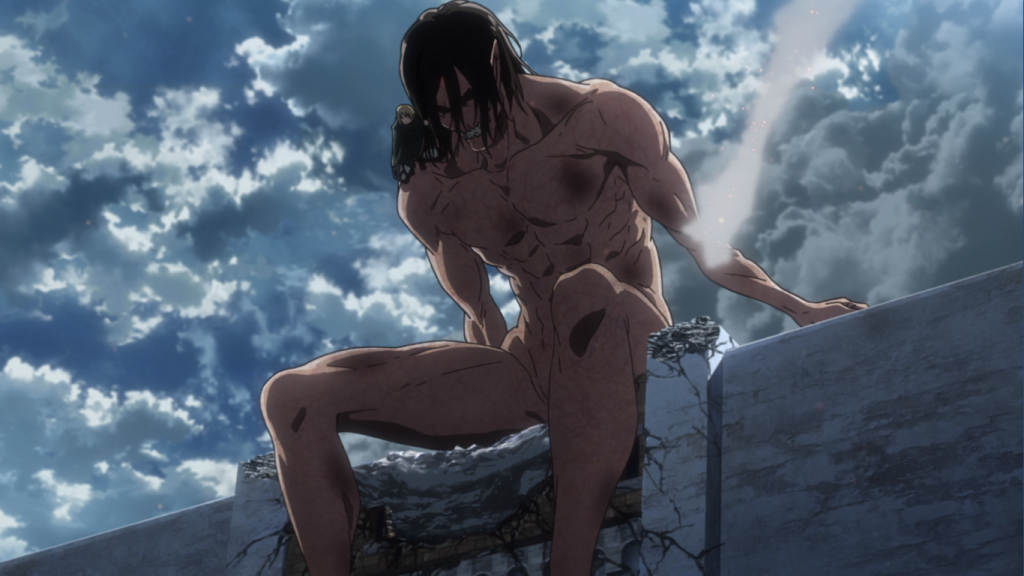