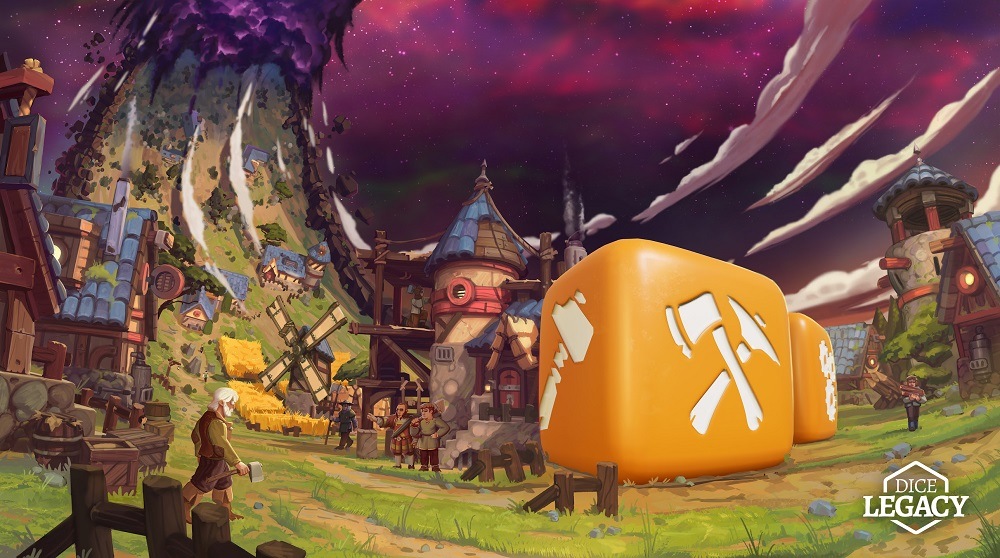 French Publisher Firesquid and DESTINYbit have announced Dice Legacy. The upcoming game falls under the survival city-building genre. From the promotional content that I have seen, the entire concept does look very interesting.

In the survival city-builder Dice Legacy, players are supposed to roll and use their dice to build a miniature medieval town inside a ring-shaped world. According to the press release, you will be in control of a ruler guiding your people “on the discovery of this uncharted land.”

You will need to strike a balance between exploration, resource gathering, building and conquering while exploring the wildlands surrounding the settlement. The game will feature multiple playstyles for you to choose from. You will also be tasked with trading or fighting mysterious factions inhabiting the ring.

“Dice Legacy is an incredibly unique concept that blends two of our biggest passions: video games and tabletop games,” said Gian Paolo Vernocchi, Co-founder and Creative Director of DESTINYbit. “We’re thrilled to work with a Publisher that believed in our vision from the beginning and allowed us to turn it into a truly one-of-a-kind experience.”

You can look forward to Dice Legacy coming to PC in Summer 2020 and consoles at a later date to be announced.

As for DESTINYbit, it is an independent game development studio based in Ravenna, Italy “which strives to give players tools to create stories worth sharing.”

Firesquid is an indie publisher focusing on empowering “diverse teams to make captivating games, and we deliver them to global player communities, in a way that is sustainable for everyone.”

I don’t think I have ever played any city-building game that used such a dice-centric mechanic.