After a waiting an agonizing 1 YEAR 2 MONTHS and 21 DAYS, but hey who’s counting, Avatar: The Legend of Korra is back!

We’re welcomed to Book 2: Spirits with a dark and ominous sky as a torrential downpour torments a ship at sea. A seasoned old sailor jokingly gives a greenhorn a hard time, cautioning him of sea monsters. His joke quickly comes back to wrap him in glowing tentacles as a Kraken-like sea spirit wrenches the ship to a watery doom. The looming darkness sets the tone for what will be a difficult spiritual journey for Korra.

Back in Republic City the council has disbanded and Republic City has elected its first president. Meanwhile our favorite characters are having new adventures of their own:

“Looks like you have some car trouble. Good thing the police are here.”

Tenzin is hoping to show Korra what true air-bending is, while helping her strengthen her spiritual connection with the past Avatars. But before departing on their air-bending pilgrimage, Team Avatar and Tenzin’s family are off to the Southern Water Tribe for the Glacier Spirits Festival. We’re finally introduced, albeit briefly, to Tenzin’s brother Bumi and sister Kya. Tenzin makes a great foil to the other characters around him, with his stick in the mud attitude.  The sibling rivalry dynamic can already be felt, and with his siblings completely opposite nature it looks like it will lead to some great fun this season.

At the festival Korra is greeted by her uncle, and Chief of the Northern Water Tribe, Unalaq. He is also accompanied by his “creepy twin” children Eska (female) and Desna (male). Due to their androgynous appearance Bolin finds them both attractive, and comically stammers in confusion before asking who’s who. Korra’s father Tonraq and uncle Unalaq are estranged brothers at odds for unknown reasons. Unalaq wastes no time in telling Korra and the people of the Southern Water Tribe that the Festival used to be a hallowed event that meant something, but it’s devolved into nothing more than a carnival. Unalaq and Tonraq have very opposing opinions on the importance of spirituality. Asami continues to network while in the south, using Bolin as her assistant. They meet an eccentric billionaire that creators describe as “equal parts Howard Hughes and Richard Branson”. His language is peppered in 1920’s slang and he’s a welcomed reminder that the Avatar world is evolving. On top of new technology, big booming cities, and “moving pictures”; the world is becoming more modern. But in its evolution it’s been gradually losing something less tangible, and we’d soon see the consequences.

The episode comes to a shocking conclusion when Naga and Korra are awakened by a dark spirit attacking in the middle of the night. Team Avatar are pummeled by the attacking spirit. Even Korra’s father, an amazing water-bender, is no match for it. Korra then does what she knows best: go full force! She activates the Avatar state in an effort for use brute strength to defeat the spirit, but it still had now effect as she’s taken to the ground.

The dark spirit loomed over Korra, about to deliver a final blow, when Unalaq stepped in. Unalaq soothed the spirit and seemed to put it at peace as it glowed brightly and scattered into the air.

After witnessing Unalaq’s control over the spirit Korra was convinced that her air-bending training was over with Tenzin, and that her  spirit training would now begin with Unalaq. Tenzin grimly accepted Avatar Korra’s wishes. The episode ends with Tenzin and family grimly departing for the Air Temples, with Kya and Bumi accompanying them.

Stay posted for a Recap and Highlighs of Episode 2 The Southern Lights. 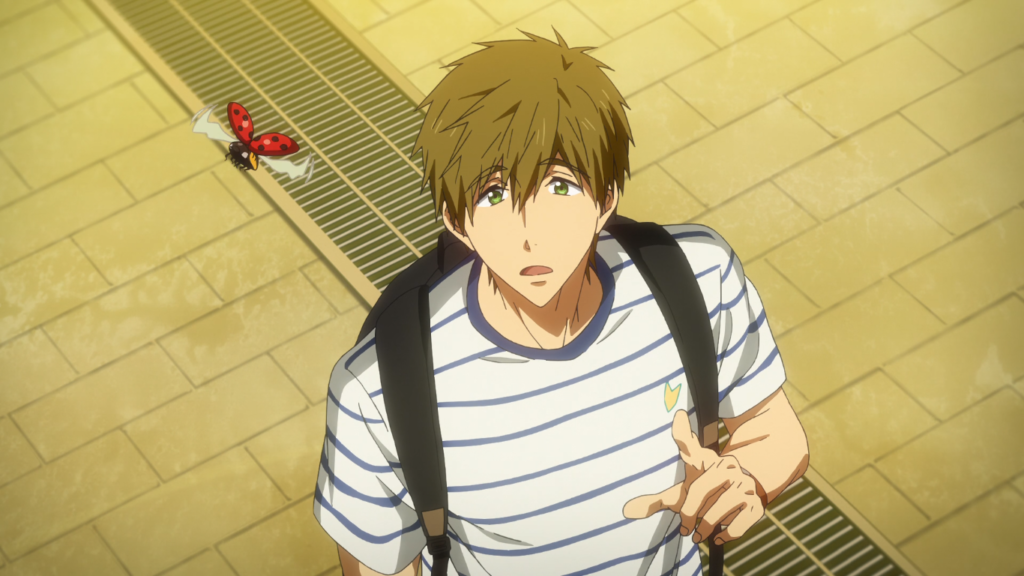 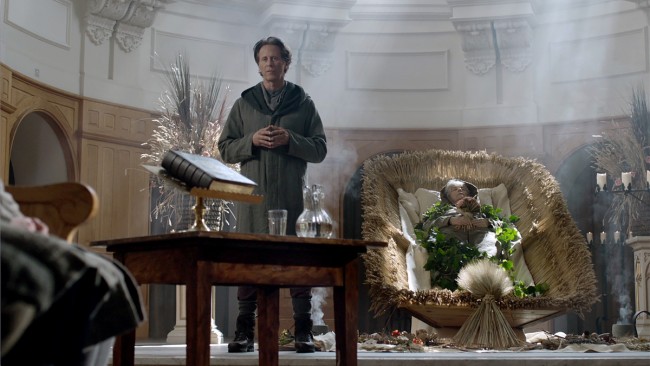