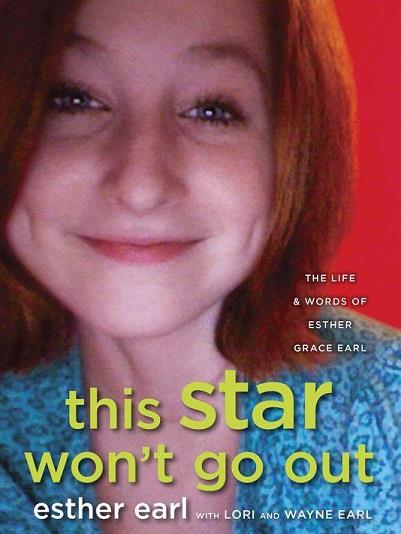 “Just be happy, and if you can’t be happy, do things that make you happy.  Or do nothing with the people that make you happy.”  Wise words and impressive ones at that, considering they’re from a fourteen year old.  This Star Won’t Go Out gave me a look into the life of a pretty awesome girl and the network of people, both IRL (in real life) and online, that supported and loved her.  I feel like Esther would have been someone I could have been friends with, and it saddens me that her life was cut short by something as lame as cancer.  But as I learned in this book, that life, however brief, was a life well-lived.

I heard about this book through John Green’s video posts on his vlogbrothers YT channel.  He made mention of Esther and her book, and I became interested, going online to try and learn more.  I watched some of her YouTube videos, which were funny, endearing, and bittersweet.  I wanted to learn more about the girl that inspired John to finish TFiOS, so when the time came I requested a copy at my library to read.

This Star Won’t Go Out tells the story of Esther Grace Earl, through her own words and through the words of those that loved her.  She was diagnosed with thyroid cancer in 2006 and passed away in 2010.  The book is comprised of her journal and blog entries and letters she wrote to her parents, along with her parent’s entries to a CaringBridge account they set up when Esther had a close call in 2008.  Also included are memories from her friends from Catitude, an online group dedicated to Nerdfighteria (the online community of the vlogbrothers), Harry Potter, ending World Suck, and much much more.  Some of the pages are colored orange and green, and the entries are littered with photos of Esther, whether it’s just herself or with various people, copies of her writing, and her artwork.  At end of the book, they included a collection of fragments of stories she had worked on, showing off the budding writer’s talent.  You can see and feel the amount of dedication and effort that went into making this a proper representation of the Earl family’s Star (Esther meaning “star” in Persian).

The book itself was a surprisingly easy read.  Not the content itself; that had me pausing more than once to squirt out a tear or two, and by the end I was flat out bawling.  But the print is large, and some entries are a bit shorter than others.  It was remarkable to see her writing style mature as the book progressed, much like when I’ve looked over old journal entries I’ve written when I was her age and chuckled at what a mess they could be at times.  Her voice and personality are so apparent in every entry you read, and some of her worries made me remember when I worried about the exact same things.  When she became more involved online and with Nerdfighteria, her enthusiasm for it practically lept off the page.  Some of her other passions were Harry Potter, Wizard rock, and Doctor Who.

She had beautiful moments of introspection, worrying about whether she would ever make a difference, or the uncertainty of her future.  Towards the end of the book, there was a heart-breaking entry where she briefly discussed picking out the plot where she would be buried.  Her father later had a CaringBridge entry where he discussed it, and even as a man of faith, he talked about wanting to keep his little girl here on Earth.  No parent wants horrible things to happen to their children, and being faced with the fact that one day you will have to put your child in the ground before you go is one of life’s greatest tragedies.  I admire the Earls for their amazing strength and positivity through such a horrible experience. 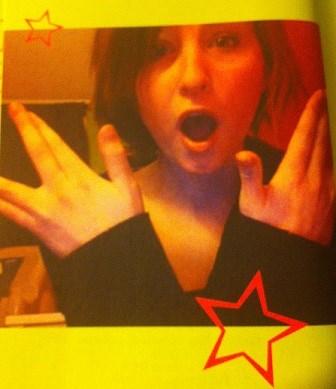 Esther’s story is tragic, yes, but it’s beautiful and inspiring as well.  Despite her illness, Esther still reached out to others and touched them, putting them and their feelings before her own.  She inspired Nerdfighters to work with her to help the Harry Potter Alliance win $250,000 to decrease World Suck.  The book mentioned her starting an advice column where people would come to her with their problems and she would try to help them the best she could.  She had a great capacity for love and understanding due to her unique experience.  I encourage anyone and everyone to read her story.  You’ll laugh, and yes, you’ll cry, but that’s what life is all about: laughter and tears.  The Earls created the This Star Won’t Go Out Foundation, where they help financially support families who have children struggling with disease.  If you can, please donate to this beautiful organization and help decrease this particular brand of World Suck.  Comment below if you’ve read this book, and DFTBA (don’t forget to be awesome).  Thank you for reading.

The organization near and dear to Esther’s heart- http://thehpalliance.org/

The blog Esther helped run with the rest of Catitude- http://effyeahnerdfighters.com/

TOPICS this star won't go out