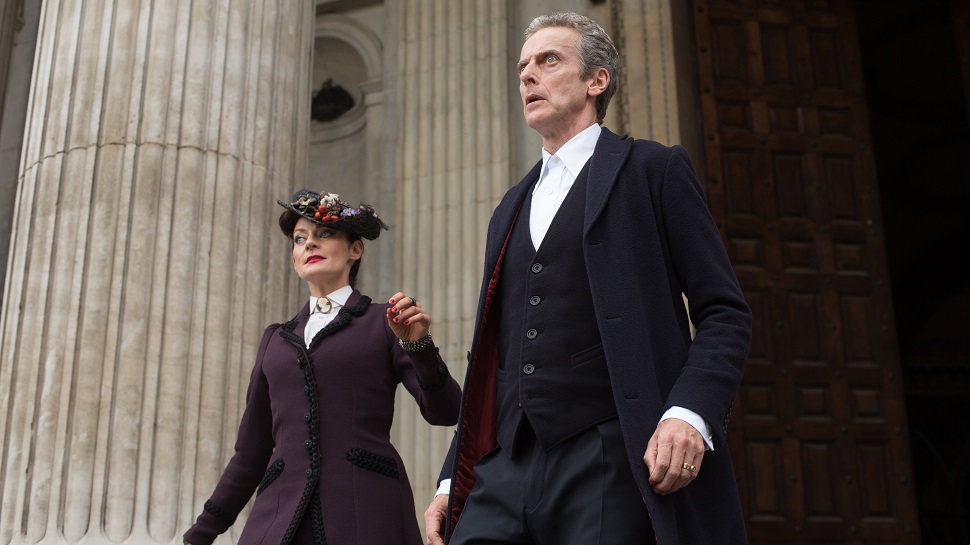 This is the first episode of Doctor Who in a very long time that made me genuinely excited to tune in the following week. The mystery that has been only vaguely touched on over the course of the season finally got revisited and information was revealed that I honestly did not see coming. On top of that, this was the first time where I really felt this new Doctor truly cared about Clara, which is a welcome relief since he’s been mostly a jerk towards her through this entire season. The episode also opened many doors for future Time Lord mythology that may change the landscape of the new series of Doctor Who. 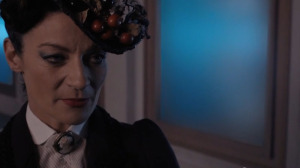 The part of this episode that excited me the most was the visual confirmation that Time Lords can change sexes when they regenerate. This has been casually mentioned in ‘The Doctor’s Wife’ and ‘The Night of the Doctor,’ and has been noted in several supplemental materials such as novelizations, but we haven’t seen it actually in practice in the new series of Doctor Who. Missy has been revealed to be a regeneration of The Master and now we have absolutely no reason against having a woman play the next Doctor. This is something a lot of fans have been pulling for and this may have unintentionally opened the doors for that to become a reality. Will we get a female Doctor?  I don’t know, but this is the biggest step towards making that a reality.

The fact that Missy is the Master was also a plot twist I honestly didn’t see coming. I feel like Moffat’s plot twists have become either too predictable, or too ridiculous these past couple of seasons, but this is the first one that was genuinely surprising. I think the fifth season was the last season that had an overarching plot that excited me like this. I really enjoyed The Silence as villains, but the plot in general did nothing for me. Then season seven is probably my least favorite season to date, even though it did have its heart wrenching moments that made me sob uncontrollably. Season eight has been generally lackluster, but the moment Missy’s identity was revealed I felt like this season finally became redeemable for the overarching plot. Of course, we still need to see how this plays out, but at least its finally become interesting. 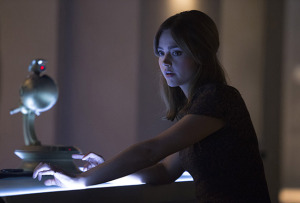 The situation with Danny Pink is something that I’m extremely conflicted on. It’s emotional, yes, but something about it isn’t quite clicking for me. I like Danny, and Clara has become a lot more interesting than she was last season, but I feel like I’m not as invested in their relationship as I should be. Instead of feeling the pain of two lovers being separated, I was too busy worrying about the pain the consciousness felt as their bodies were cremated or dissected for science. I saw several people on my Twitter timeline who were actually triggered by this as it made them think of the pain their loved ones would go through if this version of the afterlife were true. I got far too caught up on this fact to find it in myself to connect to the emotional pain that Danny and Clara were going through as a couple.

Clara’s extreme reaction to the death of Danny is also something I wasn’t quite sure felt realistic to me. Rose went through a similar irrational series of decisions when she was presented with the opportunity of saving her father, but Rose’s feelings for her father were written in a much more natural way. I truly enjoy both Danny and Clara and don’t mind them as a couple, but Clara’s decision to destroy both herself and the Doctor by throwing all of the TARDIS keys into lava seemed like an extreme that came out of left field. The Doctor’s reaction to her extreme behavior, though, did a lot to fix my previously negative opinion of him. Yes, Clara was willing to betray him, but he still cares about her and wouldn’t abandon her when she’s obviously extremely emotionally distraught. This episode basically had me finally feeling positive about the Doctor while feeling either apathetic or negative about Clara, which is a complete reversal from the rest of the season.

The afterlife presented in this episode is very science fiction based, which fits previous Doctor Who canon quite nicely. This is essentially what happened to River Song, but her consciousness was uploaded to a much safer and more peaceful environment. Poor Danny has been uploaded to a horrific afterlife controlled by The Master for the purpose of creating a Cyberman army. The situations are drastically different, but the science fiction behind them is pretty much the same. Because of these similarities, I thought for a brief moment that Missy might be River Song, but there is no way that River would revert back to being an antagonist after everything she’s been through. The parallel was very interesting though, and I appreciate that the afterlife has a science fiction angle to it. 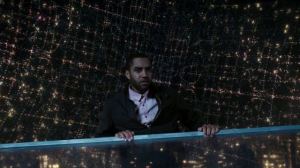 Unfortunately, this science fiction afterlife probably means there’s absolutely no way to actually bring Danny back. He’s probably dead for good. But how do you explain the fact that Clara and Danny had a relative in the far future? Is she already pregnant? Or was this not a fixed point in time and something that could be in flux? I’m not sure, but if Danny’s body is “cold” that means he’s probably in a fridge somewhere waiting to have his body dealt with in one way or another (please not cremation, please). That’s pretty damn depressing.

We are perfectly poised to head into the finale now and I’m very excited about it. This is an excitement that has been absent from my Doctor Who viewing for far too long and I’m really grateful to have it back. Will next week keep up with this high expectation that’s been set by this week’s episode? I hope so. I’d love to be able to finish out a season on a high note again.