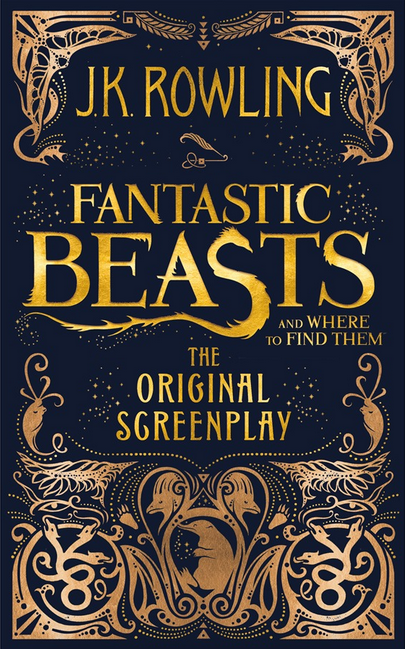 Don’t get me wrong; many of the problems that exist in the movie still exist in the Fantastic Beasts and Where to Find Them screenplay. After all, Newt Scamander still hasn’t graduated from Hogwarts despite what it says in his original Fantastic Beasts biography; more importantly, the female characters are still secondary, with the male characters being the “true” heroes and villains.

But without the sometimes over-the-top physical acting and sometimes questionable CGI, and with the added explanations of scenes, the Fantastic Beasts and Where to Find Them screenplay does a great job of telling us things that the movie usually showed (and often not in the best way). That said, I absolutely believe that it would be best to see the movie before reading this screenplay…but thankfully it’s a quick read.

The biggest reason why (in my opinion) it’s important to see the movie first is that having those visuals in your head while you’re reading the Fantastic Beasts and Where to Find Them screenplay makes it that much better. Could you read first? Sure! I just don’t think it’s the best way to experience this book.

I don’t want to get into too much detail (I already spoiled enough in my movie review, after all), but there are a lot of really great subtle descriptions in this screenplay that allow for a deeper understanding of several characters – most notably Queenie and Credence. Additionally, I personally loved that my thoughts regarding Newt Scamander in general and Eddie Redmayne’s portrayal of him were at times outright explained in the screenplay.

There has somehow been some confusion about this being a novel – but it IS an ACTUAL screenplay, featuring industry abbreviations and terms (but also a glossary to explain them). Besides that, the layout and illustrations are amazing, and on top of that, the art is very 1920s-influenced. The book itself is beautifully presented, and a great addition to any Harry Potter book collection for that reason alone. But it’s also a fun read, especially if you’ve seen the movie.

TOPICS Fantastic Beasts and Where to Find ThemJ.K Rowling