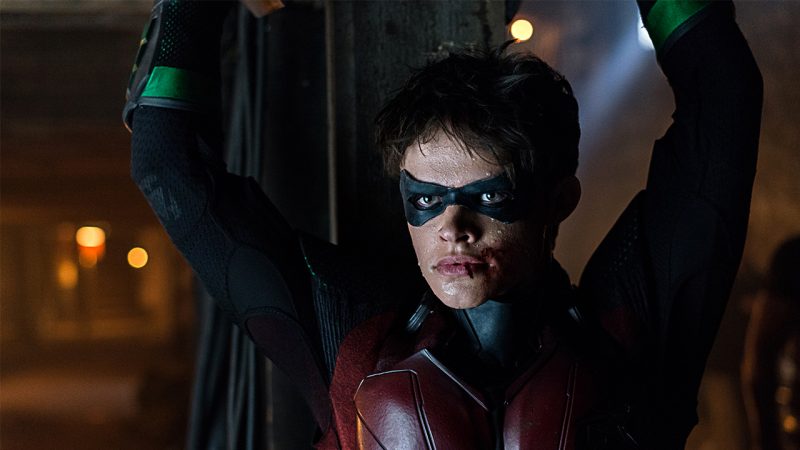 Back in 1988, fans of the Batman comic voted for Jason Todd, the second Robin, to die at the hands of the Joker. Both endings – whether Robin lived or died – were already written and illustrated. The comic would go with whatever the fans chose. They chose for him to die, by a small margin (72 votes). A few days ago, DC Universe ran the same poll on their website.

The poll was created for fans of DC Universe’s show Titans, where in the previous episode Jason Todd, despite Dick Grayson’s best efforts, slipped from Dick’s grip to (possibly) fall to his death. The episode ended on a cliffhanger. The poll allowed fans to vote once per day for a few days to decide once again whether Jason would live or die.

The poll was meant to just to be a kind of “fun” thing for the fans and a throwback to the vote that decided Todd’s fate in the Batman comics in the ’80s. DC Universe later confirmed to news outlets that the results of the poll would have no impact on Jason’s fate.

The same poll ran on DC Universe’s Twitter account. Many of the comments to that post said that Todd should die so that fans could have Red Hood (Jason Todd’s return to comics after having being dead for a number of years) in the show. And like the ’80s, there were still fans who wanted Jason Todd to die purely because they found him to be annoying. Still others said that Jason should remain living at this point because Deathstroke couldn’t be the one to kill him, it had to be the Joker – with a crowbar.

I personally wanted Jason to live. He hasn’t been Robin for all that long on Titans, and it would have been terrible not only for him to die, but to die by falling. Dick Grayson lost both of his parents in a very similar way. It would have been awful for his adopted younger brother to die in nearly the same exact way because Grayson wasn’t quite quick enough to save him. Plus, I’ve always been a fan of Todd whether he is Robin or Red Hood. (Okay, I do agree that Jason is a heck of a lot more awesome as Red Hood)!

The poll on DC Universe’s website ended on October 11th with 51% voting for Jason to live at 28,178 votes. This time 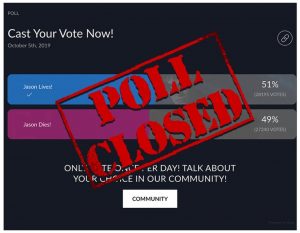 the margin was much higher, with the vote for Jason to live being 940 votes higher than the vote for him to die.

(I would be remiss if I didn’t mention that Jason was voted to die on Twitter by 8% of the vote. Are Twitter voters meaner than website poll voters)?!