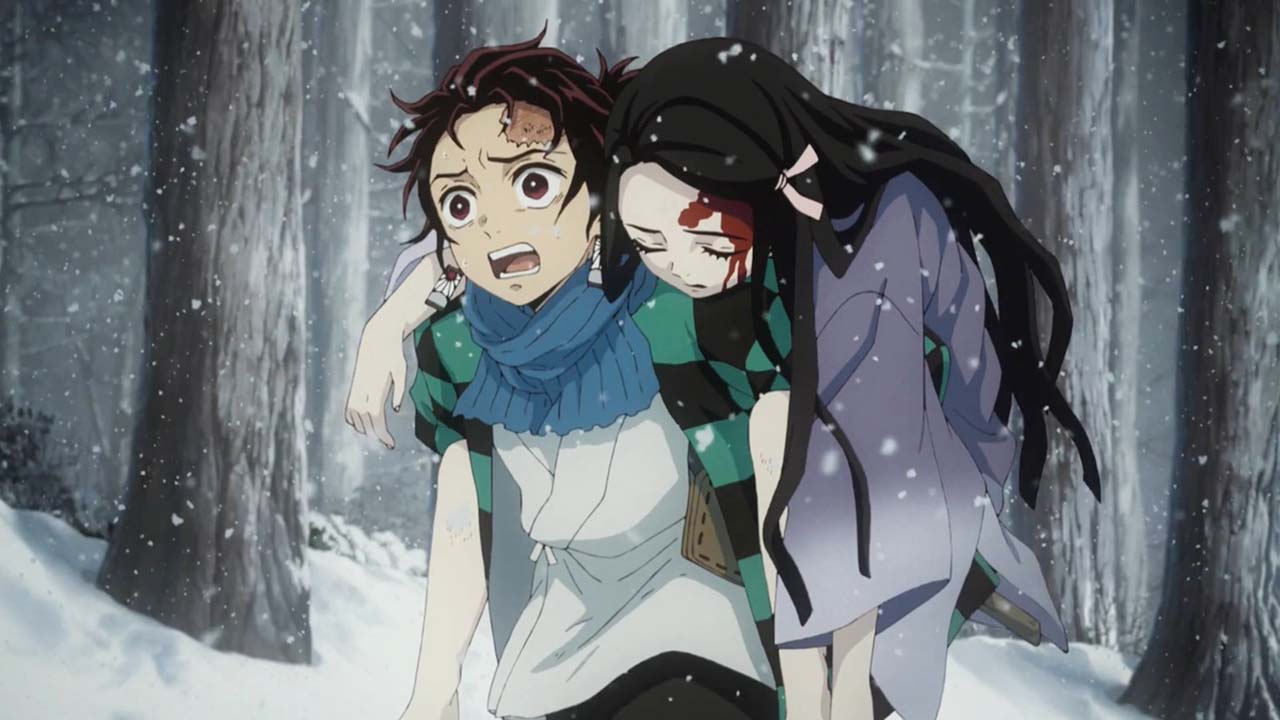 Kimetsu no Yaiba has heart, an atypical shonen protagonist, and absolutely gorgeous animation.  It’s worth a binge watch before the movie comes out.

If I have one criticism of Kimetsu no Yaiba (Demon Slayer), it’s that the arcs can feel rather slow at times. Because of this, many of my friends end up ditching the series after the first few episodes, which are almost entirely dedicated to the protagonist’s origin story and training arc.

I found this arc one of the most interesting ones from the first season, but this type of story isn’t for everyone and those who just aren’t into origin stories drop it before it gets to the story at large. Stick with it, guys. There’s so much more to come.

The premise of the story revolves around Tanjirou Kamado and his sister Nezuko, the last surviving members of their family. A demon attacked the Kamado home while Tanjirou was in a local village selling coal, killing his four siblings, his mother, and turning Nezuko into a demon herself.

Instead of giving in to her bloodlust, Nezuko retains some of her humanity and she and Tanjirou set off on a journey to find the cure to turn her back into a human. And thus begins the first 26 episode season of Kimetsu no Yaiba.

Tanjirou is an atypical shonen protagonist and appeals to me in much the same way as Midoriya from Boku no Hero Academia. They both show a softer side, more in tune with their emotions and willing to emote in ways I don’t often see in the genre.

Tanjirou’s appeal is a large part of why I stuck it out through the often slower arcs because even when the plot dragged, I at least cared about him and his story so it was worth my time. And really, I’m primarily drawn to character-driven narratives anyway, so this kind of jives with me.

After each new arc, a new set of delightful characters get introduced, which means by the end of the 26 episodes there’s a lot of people to get attached to and care about. My two favorite character groups (Muzan and the demons, and the Butterfly Mansion residents) don’t get introduced until over halfway into the season.

It’s a long story with a lot of moving parts, so if one doesn’t click for you, just wait for another to come along. There’s something for everyone. 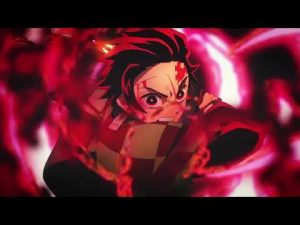 The primary appeal of the show for me when I first decided to try it out was the absolutely gorgeous animation. It’s a highly stylistic series with top-notch animation and music to match. Each battle sequence is filled with stunning eye candy that I find myself watching again and again. I can’t overstate just how beautiful this show is. I’m consistently in awe.

While the season has concluded, there is a movie on the way and, judging by the vague chatter from people who have read the manga, it’s one of the defining arcs of the series and we should brace ourselves for incoming FEELS.

While I have not yet read the manga, this may soon change so I don’t get spoiled before the film comes out. Fangirls are crying all around me and I have no context, just all these vague feels being flung in my direction. I hear you, guys. I’m going to catch up.

If you haven’t watched the show yet, I highly recommend it and I urge you to stick through parts that may not appeal to you. There’s so much to it you’ll find something to like. The varied arcs have different appeals, and that’s part of what makes it so great.

As there’s no set date for the film at this time, you can catch up leisurely, but due to the slower pace of the arcs, it’s an easy show to binge watch as well.

So watch Kimetsu no Yaiba, guys., and let’s prepare ourselves for the apparent cry fest headed our direction. Let’s go into the sadness together, folks! Grab the tissues.