This post will contain spoilers, but they will all be hidden underneath spoiler text with clearly defined warnings ahead of them. Highlight the text to read the spoilers.  I am very protective of Game of Thrones spoilers, so I’m taking all the precautions so no complaining if you highlight them and get upset.  You have been warned!

The ultimate endgame of the A Song of Ice and Fire/Game of Thrones series for me is for Daenerys to sit atop the Iron Throne. Why Daenerys? Many many reasons.  My appreciation of Daenerys has evolved enormously since her first appearance as the timid younger sister Viserys, the exiled heir to the Seven Kingdoms. I was admittedly not a huge fan at the beginning. By about the third episode she started to gain the courage that has endeared me to her and made me a loyal Daenerys supporter.  Her turn around is dramatic and I’m fully on board with her to cross the Narrow Sea and take back the Seven Kingdoms.

There’s a saying in Westeros that the Gods toss a coin to decide whether a Targaryen would be great or mad. Her brother Viserys and father King Aerys “The Mad King” appear to have had unlucky coin tosses, but Daenerys proves herself great at every turn.  She’s initially sold to Khal Drogo by her brother in exchange for an army, but this plan fails pretty spectacularly for Viserys and Daenerys finds herself in a unique position of power.  After having been on the run and living in the shadow of her brother for all of her life she suddenly has followers that have become so loyal to her that they stay with her even after Khal Drogo dies and the khalasar splinters amongst several Dothraki warriors who assert themselves as the next Khal. The responsibility of taking care of her followers in dire circumstances is thrust upon her quite suddenly, but she manages to Moses them across the desert to Qarth, where they are given refuge from the Red Waste. Though what happens next differs in the book and the show, the final theme is the same. Daenerys defeats the House of the Undying and leads her people away from Qarth to continue their mission to take back the Seven Kingdoms.

There’s also an element of ‘destiny’ that just can’t be ignored in all of this. Dragons have been dead for a long time, but Daenerys walked into a fire and, woops, baby dragons. And then there was that comet, which yeah that could have been a coincidence, but Osha seemed pretty sure that it was because of dragons and she’s thousands of miles away and she just seems to know things about magic. I’m going to trust Osha on this one. I also don’t think it’s a coincidence that the threat that’s closing in on Westeros is a frozen species who like to make ice zombies out of the recently deceased. The books series is called A Song of Ice and Fire after all,  so I have a strong feeling this is all leading up to a showdown between the White Walkers and Daenerys’s dragons. This wasn’t a destiny that she asked for, but she’s stepping into the role with more courage than I ever though the girl in the purple dress from episode one was capable of showing.

This dramatic turn around and innate ability to lead make her my choice for Queen, but a Queen needs a Hand. While Ser Jorah seems to be the acting Hand, there are reasons that I cannot discuss without spoiling later seasons that make that unlikely once they reach Westeros. My choice is for Tyrion to be her Hand. He’s proven himself capable of commanding an army and politicking his way around King’s Landing. He’s the only decent Lannister in existence and, hey, I just like rooting for the underdog anyway. And, like Daenerys, he’s incredibly brave. Not only did he join in the Battle of Blackwater directly in the vanguard, but he’s constantly speaking his mind and playing people against each other and, hell, he’s slapped King Joffrey because he was being a ginormous ass (this is no different from Joffrey on any given day, but still, you go Tyrion. Four for you, Tyrion). He doesn’t deserve to disappear while others get all the glory. He deserves to play a part in the future of Westeros and I think the Hand of the Queen is the best damn part for him. He’s the only Lannister who’s worth a damn.

Turning our attention to stuff happening outside of King’s Landing, I also want the Starks to return to Winterfell and for the North to become a free and independent Kingdom (on friendly terms with the Queen, of course, but still autonomous). Unfortunately for non book readers, my hopes and dreams for the North rely heavily on spoilers from A Storm of Swords, which is what the upcoming season is based on (or the first half of the book, anyway). You show-only folks should just skip ahead to after the spoiler text. SERIOUSLY. With Robb and Catelyn Stark dead (or ‘dead’ in the latter’s case), Bran and Rickon presumed dead, and Arya missing, Sansa has one of the best claim to Winterfell. The heads of the great houses tend to be men (with the exception of Dorne and, thanks to Asha, almost the Iron Islands, too), but she is the eldest surviving Stark so it makes sense based simply on age and proximity alone. But that’s not the only reason she deserves it. She started off pretty innocent and idealistic, but her time in King’s Landing has turned her skin ‘from porcelain to ivory to steel.’ I started off not really being a fan of hers, just as I wasn’t a fan of Daenerys (I’d assumed they were both weak at first), but she gained my appreciation as her story unfolded.Yes, Winterfell is a smouldering pile of debris right now, but never underestimate the north. The Starks will return and the north will be strong again. They just need a Stark to take charge again.

I also want Arya to return to the north and become the Hand. She’s a tough kid, no doubt about it. She’s meant to be a warrior, not a Lady or a Queen or a little Princess. She’s a Stark to the core and should have probably never been sent to King’s Landing in the first place. Honestly, the only good thing to come out of her trip south were her dancing lessons with Syrio. **Sansa** will need a good Hand. Someone loyal, strong, brave, and, above all else, someone with a strong motivation for defending the North. Arya fits the bill perfectly. She may be ‘just a kid’ but I’d trust her to kick ass and defend Winterfell from potential threats.

In addition to all the politicking and raiding that let to the downfall of Winterfell, another threat grows even further north. The White Walkers are on the move. That brings me to the next portion of the endgame: the Wall. More spoilers from A Storm of Swords ahead. Jon Snow is exactly where I want him. ‘Lord Commander Jon Snow’ has a nice ring to it. But I ultimately want to see him as the Warden of the Wall and King of the Wildlings. Charisma and leadership skills seem to be a Stark trait because he slips into the role of Lord Commander pretty damn smoothly. There’s tensions, of course, and he’s really very young, but he’s seen the White Walkers, he knows what’s coming, and it’s clear he’ll go to the extremes to protect ‘the realm of men.’

So that’s it. That’s what I want to see from this series. I want Westeros ruled mostly by women and I want them to like each other and be friendly and defeat the White Walkers and protect the Seven Kingdom (or Six Kingdoms and the North, whatever) together. I want all of the Lannisters gone, with the exception of Tyrion (ok, maybe we can keep Lancel around for laughs, but that’s the cap on Lannisters). I have no idea where George RR Martin will take the series, but I’m hoping that at least some of this comes to pass. If not, well, it’s been fun speculating at least. And I have a feeling that speculation is going to be all we have for a very very long time. 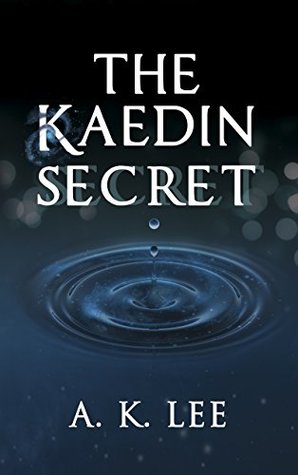