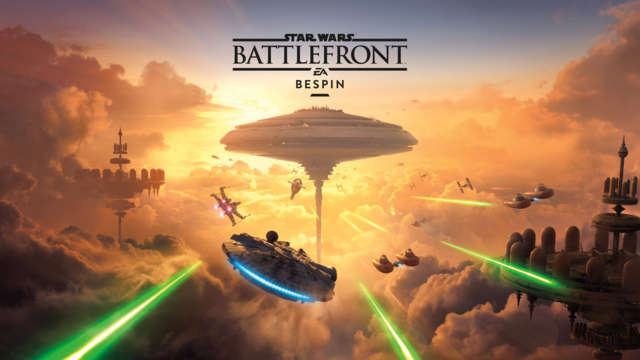 Between Star Wars: Battlefront and the upcoming LEGO Star Wars: The Force Awakens, it’s as much a golden age for Star Wars gaming as it is for Star Wars movies – and this week, both of the aforementioned games are in the news!

When Battlefront was released late last year, fans who had awaited an amazing new installment in the Star Wars gaming world had varied opinions, and the overall reviews for the game were average. But since then, EA Games has released several updates and expansions – and the latest one, which is currently available for Season Pass members and will be released to the public on July 5th, may end up being the best one yet. Not only does it feature a new location – Bespin! – but players will also finally meet Lando Calrissian. And he’s not the only character they’re adding – we’ll get to see the Corellian bounty hunter Dengar, too!

Other features of this expansion are a new Sabotage mode, more weapons, and some new Star Cards. It also helps that EA is releasing a patch at the same time, one that will clarify some issues with and make some changes to Battlefront’s partner aspect. I highly suggest checking out Gamespot’s detailed list of all the new features!

Meanwhile, Star Wars gaming fans have been getting quite a few teasers for the upcoming LEGO Star Wars: The Force Awakens game. While many people have to wait until next month to enjoy the new Battlefront expansion, LEGO Star Wars comes out on June 28th, and this week they featured Kylo Ren!

As with the other characters in this game (including Harrison Ford as Han Solo!), Kylo Ren will feature original dialogue recorded by Adam Driver. I expect this isn’t the last we’ll hear about LEGO Star Wars: The Force Awakens before its release, so keep an eye out on the LEGO Star Wars: The Force Awakens Facebook, Instagram, Twitter, and/or YouTube to keep up with this particular Star Wars gaming news.