Looking for some quality entertainment that doesn’t require hiding under a blanket or crawling into your partner’s lap to get away from the screen?

Look no further: The Geekiary has you covered!

Right here is a list of our top fifteen favorite not-so-spooky movies guaranteed to have you enjoying yourself, not worrying about what that noise was that came from the dark hallway or whether or not you have enough salt to seal all the windows and doors.

For the children in your life, watching movies around this time of the year is always a trick instead of a treat. So we have put together seven of the movies we think are the least scary. Adults may even get a kick out of these, too. 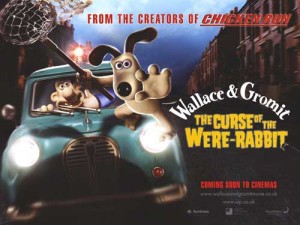 7. Wallace and Gromit: Curse of the Were-Rabbit (2005) – We’ve placed this one at six because it’ll probably induce a few “Mommy I don’t like this”-es out of the youngest in the house. We here at the Geekiary however, root for Gromit more than any other dog. Good piece of advice: always, always pay attention to the dog whenever he’s trying to tell you something. 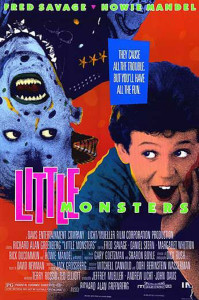 6. Little Monsters (1989) – Ah, Howie Mandel. Your performance in this one is hilarious. You make the movie in that make-up and you make our day. It also just goes to show you that your weirdest friends are probably your nicest and coolest, even if they do like to play more pranks than a certain angel on a certain TV Show. 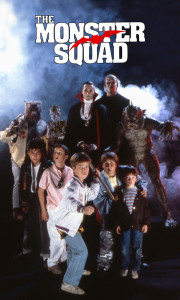 5. Monster Squad (1987) – Let’s face it, if you’re a child of the 90’s then you’ve probably quoted this movie when you’re talking about the Wolfman.

“Kick him in the nards!”

“Wolfman doesn’t have any nards!” 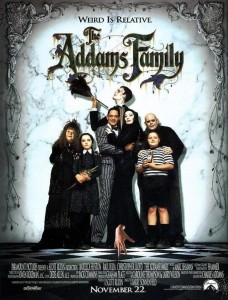 4. The Addams Family (1991) – All of Tumblr is in love with this family and let us tell you why: they love each other. No matter what happens, when you’re an Addams, you stay an Addams. 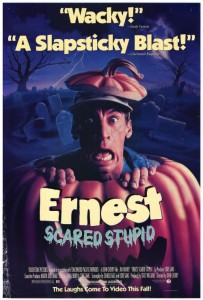 3. Ernest Scared Stupid (1991) – Miak is not your friend in this movie and milk is the weapon to fight evil. Oh, and Jim Varney is a god and can never be replaced. 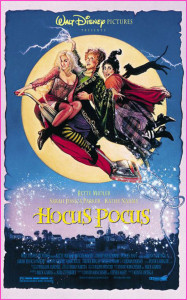 2. Hocus Pocus (1993) – Bette Midler, Sarah Jessica Parker and Kathy Najimy give us the Sanderson sisters: witches who are not all that scary. They do, however, have us quoting them even when it’s not Halloween. As much as we enjoy their performances, Max really should have listened to Binks and left the candle alone. 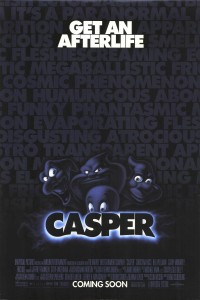 1. Casper (1995) – One friendly ghost, three obnoxious uncles who love fart jokes, and a father/daughter story that had all of us crying at the end.

That’s it for the kiddies, now on to the adults! 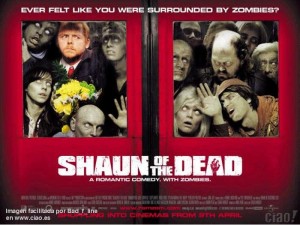 8. Shaun of the Dead (2004) – A man decides to turn his life around by winning back his ex-girlfriend, reconciling his relationship with his mother, and dealing with the zombie apocalypse happening around him in probably one of the most amusing ways we’ve ever seen. Lets face it, we all wanted a cricket bat after seeing this film. 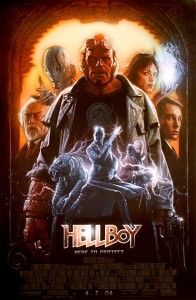 7. Hellboy (2004) – He’s Big. He’s Red. He rides around in a tricked out garbage truck with his best buddy who’s an amphibian-type humanoid and has a girlfriend who’s hot. Literally. He’s the master of sass and the Prince of Hell who likes kittens, nachos and pancakes by the cart-full. We love Hellboy. 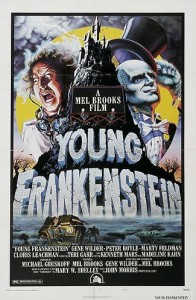 6. Young Frankenstein (1974) – It’s underestimated and often forgotten about, but Gene Wilder is hilarious and we love this movie. 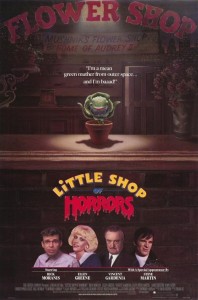 5. Little Shop of Horrors (1986) – From the first shout of “Feed me, Seymour!” to “Suddenly Seymour” to “I’m a Mean Green Mother From Outer Space” we’re dragged along by Rick Moranis’s Seymour as he woos the lovely Audrey away from that jerk, Scrivello. We might have even cheered when the dentist gets his comeuppance. Maybe. 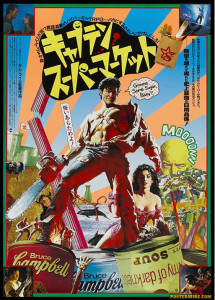 4. Army of Darkness (1992) – Good, bad, he’s the guy with the gun and none of you apes better touch the king. Even if the impending doom is his fault because he forgot the words he was supposed to say. 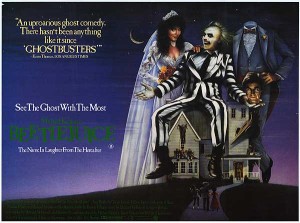 3. Beetlejuice (1988) – Say his name three times and he’ll help you, the newly deceased, from your home. (Seriously, Michael Keaton? Will you please go back to doing comedy? We loved you in this movie). 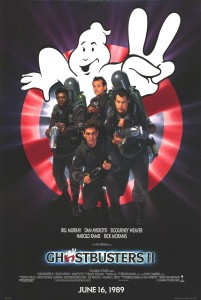 2. Ghostbusters (1984) – If there’s something strange in your neighborhood, then you know who to call. That’s right, Ghostbusters. 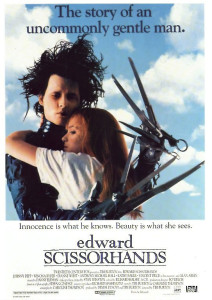 1. Edward Scissorhands (1990) – In our opinion this was Tim Burton’s best movie and it deserves to be number one on the list. Give a try, just make sure to bring a box of tissues with you.

So that’s it.  The list of movies we think are the best of the best for this Halloween if you don’t want to scare yourself in to sleeping with the lights on for three, four, or five days. Or buy night lights. Lots of night lights. Don’t ask us about why we’ve got rock salt in the shotgun, we’re not that crazy, honest.