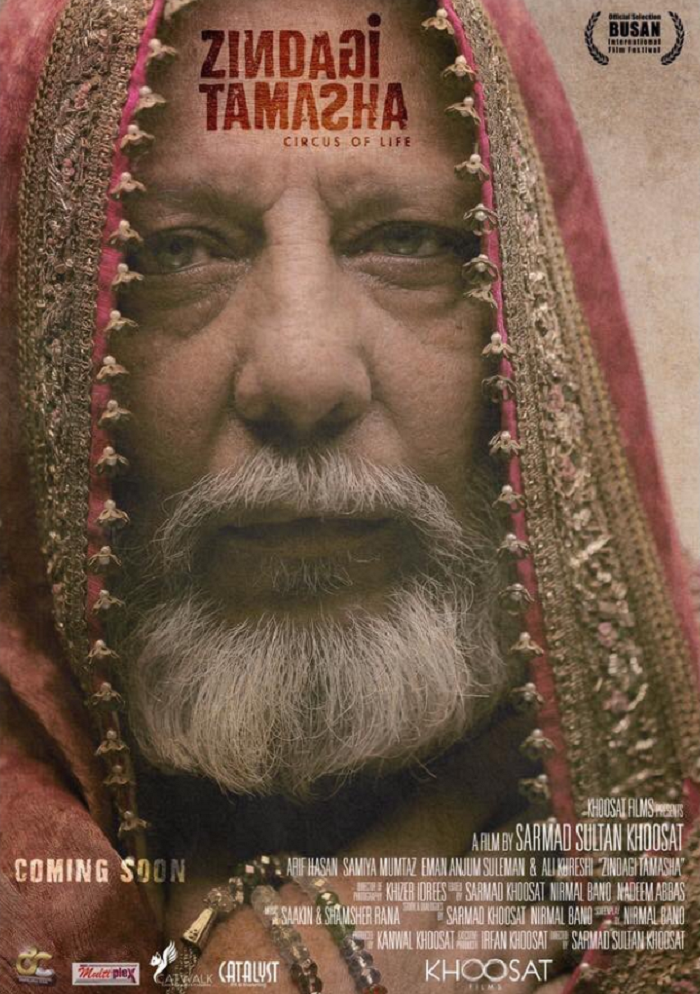 (Update Jan 22, 2020: There are calls for this movie to be banned. News link ‘here’. The original article follows.)

If you are someone who is interested in Pakistani media, Sarmad Khoosat is a name that will continue to pop up in terms of quality. His upcoming film, Zindagi Tamasha (or Circus of Life), is ready to address some tough social topics. It will be released in Pakistan on January 24, 2020.

While Pakistanis wait to view the film in theaters, Zindagi Tamasha has already screened at the Busan International Film Festival 2019. It ended up becoming the first Pakistani film to win the Kim Jiseok Award. As I said, Sarmad Khoosat’s name is synonymous with quality.

From what is revealed in the official trailer, I can’t wait to watch his upcoming release.

The trailer below has English subtitles, in case you were wondering.

Zindagi Tamasha (#CircusOfLife) is an intimate portrait of a family as well as a scorching political commentary on the little gods on this earth who police private passions.

According to The Express Tribune, actor Arif Hasan plays Rahat, a naat khwaan who is well-respected in the old city of Lahore. He is highly revered for being a devout Muslim. For his admirers, he is someone who can do no wrong.

However, as alluded to in the trailer, a certain action by Rahat is deemed unforgivable by society after a video of his goes viral.

You can tell the trailer is deliberately keeping certain plot details a mystery. But it is clear the film won’t be shying away from a number of controversial topics including gender stereotypes, queer representation, child molestation, and religious beliefs (to name a few).

The official soundtrack also some additional scenes to help get an idea about the film.

Of course, certain scenes from the film have been censored by the board. But Khoosat is glad about the censors not being too harsh and limiting the type of narrative he wanted to tell through this project.

Fingers crossed, an uncensored version is picked up by Netflix or some other streaming service.