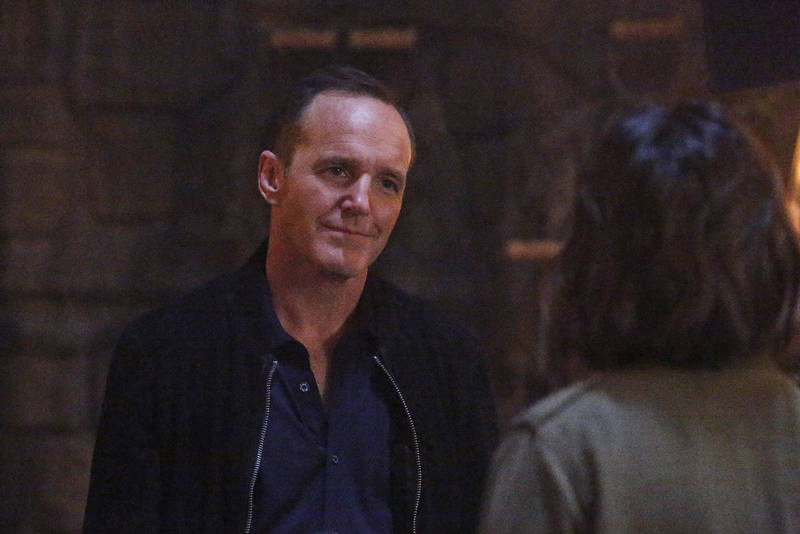 May and Ward are back, and I couldn’t be happier. While there were some fantastic new additions last season, it’s the original cast that continue to be the most compelling characters on this show, particularly Ward and May. This episode did not disappoint, because both Ward and May were on top form. It almost made up for the fact that we didn’t get to see much of Simmons being badass on an alien planet. 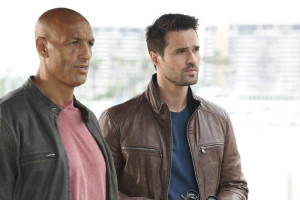 This week on Agents of S.H.I.E.L.D., Fitz figures out that the Monolith is actually a portal to another world and sets about finding a way to open it so he can rescue Simmons. The team enlist the help of Asgardian Elliot Randolph, also there’s a period flashback which is cool. Coulson is getting darker, Daisy is realising her leadership potential (three guesses where this is going), and Mack still thinks everyone is out of their minds.

Meanwhile, May is trying to find herself with her father – she used to ice-skate, and he totally knows she’s hiding from something. Then Hunter turns up because he’s like a bad smell and they head off on a revenge quest to murder Ward together. Speaking of Ward, he’s rebuilding Hydra one traumatic event at a time and so far it seems to be going well for him.

Overall this episode was less action-packed than the season premiere, but I actually liked it better. I love when we delve into the past of these characters, because it reminds me how little we know about them really, and I’m super glad that they are continuing to flesh out Melinda May’s backstory. It was nice to see her in a vulnerable position, clearly terrified – even irrationally so – of her family being attacked. 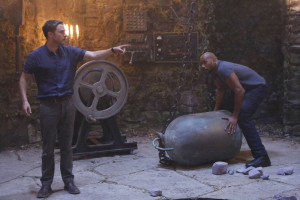 Fitz’s single-minded determination to find Simmons was really well done, but I’m still a little disappointed that Jemma wasn’t more involved in her return. I mean if anyone could figure out how to reverse engineer a wormhole, it’s got to be Jemma Simmons. But then I guess the less we see of the alien planet, the more mystery is involved, and I’m sure we will spend much of the season slowly uncovering what happened to Simmons in the months she was trapped there.

My fave part of the episode was one of the best exposition info-dumps ever – with Ward driving around a large room with a man on the hood of his car. Really he’s just catching the audience up on everything he’s been up to during the hiatus, but it’s so cool to watch that you don’t even notice you’ve basically been read a “what I did this summer” essay. I was a little worried about them giving crazy-evil-Ward a new Hydra purpose, but if it continues like this I will be very happy.

I have to admit that the reunion between Fitz and Simmons was a little annoying for me, because I just kept praying they wouldn’t kiss. I know I’m being petty, and normally I can get past these things – in fact normally I am a sucker for every unnecessary romance they throw at me – but I am really so very not into Fitz and Simmons as a romance. Luckily they did not kiss, although I’m pretty sure they will soon, unfortunately.

Finally, my dream for this season is for Coulson to become the big bad. He seems to be heading in that direction, but I’m just not sure they have the guts to go there. It would be super cool, though, wouldn’t it? Also, really hoping that they actually give Jemma’s PTSD the time and effort it deserves, because Simmons is definitely in need of some character development.

Previous:iZombie 2×1 Review: Grumpy Old Liv
Next: Supernatural 11×1 Review: Out of Darkness, Into Fire