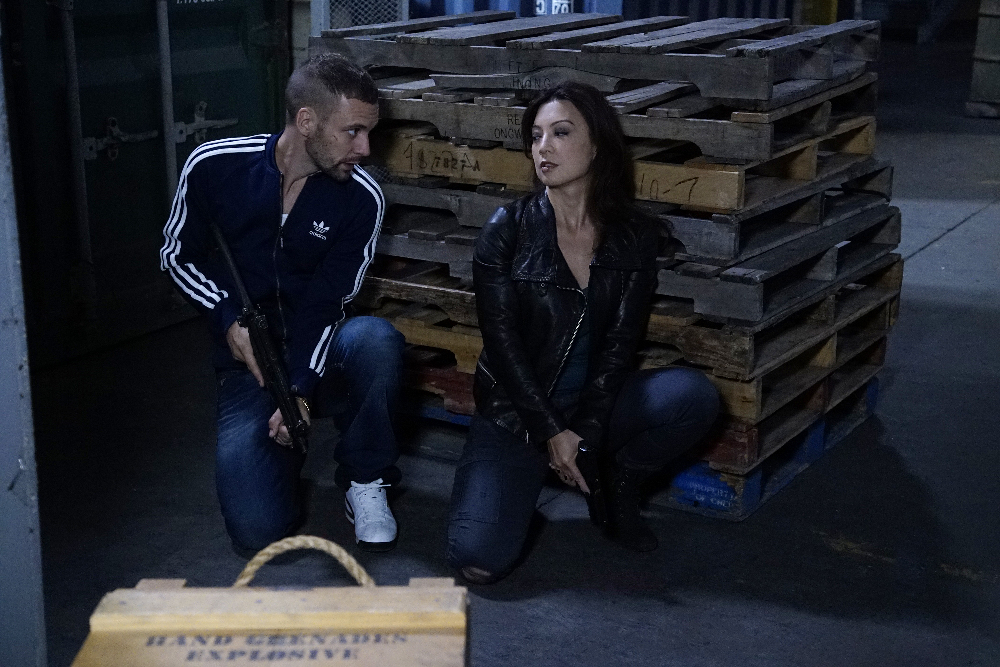 Ward is back! Yay… Unfortunately he spends most of the episode as fodder for Hunter’s boring-ass revenge fest, but he makes up for it at the end by being deliciously evil. In case you forgot. The best part, though, is that Hunter is OBSESSED with Ward and Ward couldn’t really care less about Hunter. He was NOT interested in anything until he realised May was there. Ward is my evil Hydra clinically insane romantic babe. I love him. Also other stuff happened.

This week on Agents of S.H.I.E.L.D., Daisy and Mack, aka my new fave duo, are still hunting for Inhumans. It’s not going well, but this week at least we learned a lot more about the person/alien/Inhuman that is hunting them. Lash, the blue hedgehog looking one, can apparently shapeshift into a human and he thinks what he’s doing is necessary. Luckily he lost his sidekick (the IT guy turned Inhuman detector), so now he’ll have to figure out a new way to discover his prey. Meanwhile, Simmons still wants to get back to the alien planet for unknown reasons, and Bobbi really wants to get back in the field because she’s worried about Hunter. She should be worried; Hunter has a deathwish. I feel bad for her, but I really don’t care that much what happens to Hunter. Also Dr. Garner left Agent May and now there’s trouble in paradise, which might not even matter anymore because of Ward (for the record I don’t think he’s dead but I could be wrong).

The first three episodes of this season have been setting up three very separate storylines. May and Hunter are after Ward, who is trying to rebuild Hydra. Simmons is dealing with the mystery of what happened to her on that alien planet, and Bobbi and Fitz are helping her. Daisy and Mack are trying to find and help the Inhumans, while Coulson might be selling them out to the new government agency on their tail. So far there has not been much crossover between the stories and they are still very separate in “Devils You Know”, but this was the first episode when they worked smoothly alongside each other. 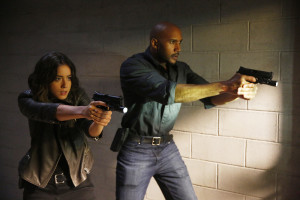 When there are three distinct storylines, there are obviously going to be some you like more than others, but at this point I don’t think there is a distinct leader. There are parts of each narrative that I like, and parts that I don’t. I love Ward rebuilding Hydra in S.H.I.E.L.D.’s image, but I couldn’t care less about Hunter’s revenge quest. I love watching Daisy and Mack working together, but the Inhumans storyline is a little dry – although if this is the beginning of Coulson’s shift to the dark side I will be very happy. And while I am super intrigued by what happened to Jemma, I’m also super worried that they’re going to push a FitzSimmons romance.

There’s so much potential at this point, but it’s like a bubble that’s waiting to burst. It’s fun for a while, but eventually you just want to pop it because that’s what you’re here to see. After the next episode, it looks like the bubble is going to burst on the Simmons storyline and that’s pretty exciting. But as for this episode, while it was enjoyable, it wasn’t anything special. I want more. I need more. The only things worth anything happened in the last 10 minutes of the episode, but then those last 10 minutes were pretty damn phenomenal.

So what did you think? Would you join Ward’s Hydra? Do you think Andrew is dead? Who is Lash? Let us know in the comments.