Highlights from the Marvel’s Agents of SHIELD Roundtable – WonderCon 2019 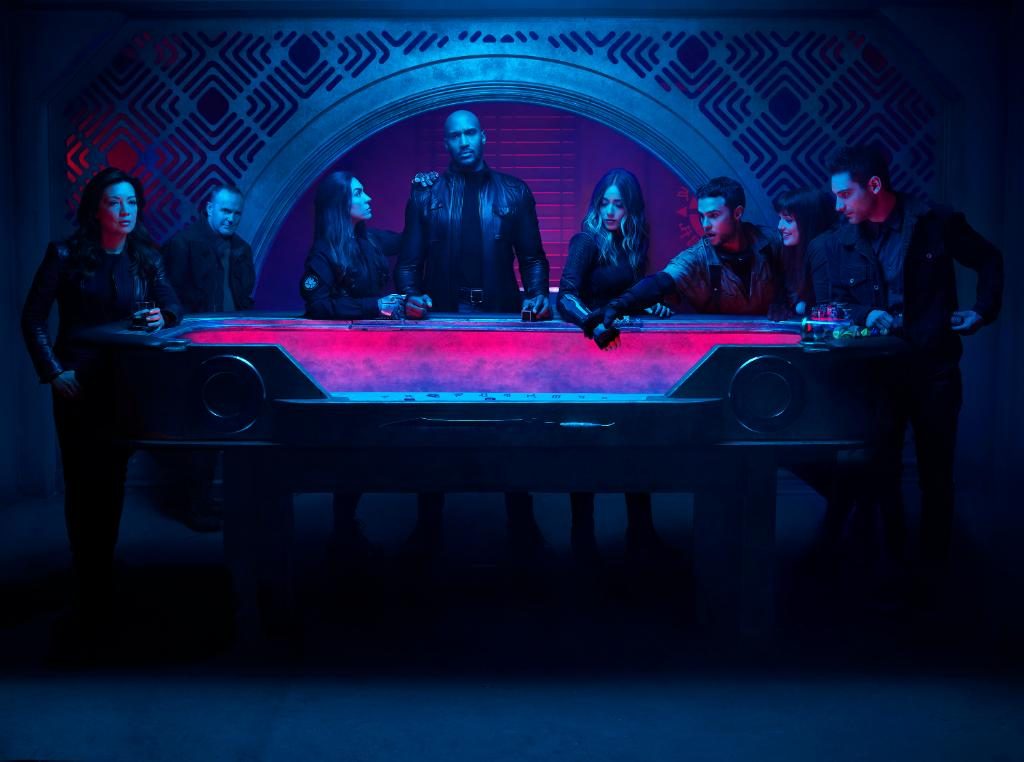 This year The Geekiary attended WonderCon for the first time, and one of the highlights was the Marvel’s Agents of SHIELD Roundtable.

The first roundtable interview set was Cordova-Buckley and Loeb, some of the highlights from it include when Natalia was asked when did she find out about a storyline with Mac (“The day before,” and, “I’m still finding out now”). They were both asked what it was like working with Lou Diamond Phillips (who will direct an upcoming episode) – “I enjoyed it. […] I looked up to him,” said Cordova-Buckley, while Loeb said, “Lou is somebody we wanted to work with.”

The next pairing was Iain de Caestecker and Jeff Ward. Ward was asked about the story of his grandparents and if that would be part of an upcoming storyline. “Personally, I’m a big fan of getting to hang out with my grandparents,” and, “It’s an amazing thing for Deke” since “he grew up without any family”. Ward also talked about his character’s relationship with Daisy (“They see a lot of the themselves in the other person,” and, “that’s the reason they butt heads”). Towards the end of the session, Ward pulled out his phone to show Iain a picture, but then got a text message. Jeff then talked about how Diane Keaton was the best account to follow on Instagram. “If you don’t follow Diane Keaton, I strongly recommend it because she’s fantastic, she’s hilarious.” Iain also talked about how he thought craps (the dice game) was called crabs for a long time. (Side note, after this session the press at this table looked it up and “the name craps was a Louisiana mispronunciation of the word crabs”.)

Clark discussed the build-up of the romance between his character and May, played by Ming-Na Wen (who was not present). “I felt like the build-up had been five seasons long,” and, “the stakes had really changed since he had very little time left”. He was also asked how he built a new character after having played Coulson on and off for 12 years. “It wasn’t easy, it was parsed out to me gradually.” “It was mysterious,” and, “it’s a very different type of person”.

Henry Simmons was asked who he will rely on for his sounding board now that he’s the Director. “I’m still getting guidance from my mentor”, and, “Coulson is still giving advice.” To which Clark said, “He’s like a voice in your ear.” Henry also said, “May might be as well.”

Executive Producers Maurissa Tancharoen and Jed Whedon were up next, and some of the highlights include when they were asked how much time will the next season be in space versue on earth – “I would say equal parts,” said Whedon, while Tancharoen said, “It’s an interesting way to start the season with our characters split up.” Jed was asked how the Netflix Marvel cancellations may affect the show, and if we’d see some of those characters appear on this show. “Not necessarily since we have our own mythology.” During the preview at the panel earlier in the day, S.H.I.E.L.D. Academy was introduced, and Maurissa and Jed were asked about the academy and if any old characters (or new characters) would be part of it, to which Jed replied, “We might,” but didn’t go into details.

The last of the roundtable sessions was the pairing of Elizabeth Henstridge and Jeff Bell. The session began with them being asked if they’d do any tributes to the late Stan Lee, to which Jeff replied that they did an “in memory of” card at the end of the first episode of the upcoming season. Elizabeth said, “The whole show was a homage to him,” and, “he was just so beyond brilliant to work with”.

Elizabeth was also asked if she’d like to direct an episode. “I’d love to, it’s not an easy job.” To which Jeff said he thought she’d do a great job. Elizabeth was also asked about the science role and if her character would take a role in the new academy, to which she replied that she couldn’t remember. However Jeff then said in the back half of the season, “There’s some pretty cool science stuff they have to figure out”, and “I think she does”.

The sixth season of  Marvel’s Agents of S.H.I.E.L.D. will premiere this May.

Previous:Inject a Little Estrogen into Your History Lesson with “Rejected Princesses”
Next: ‘Shazam!’ Continues the DCEU’s Upward Trend with a Funny, Heartfelt Film