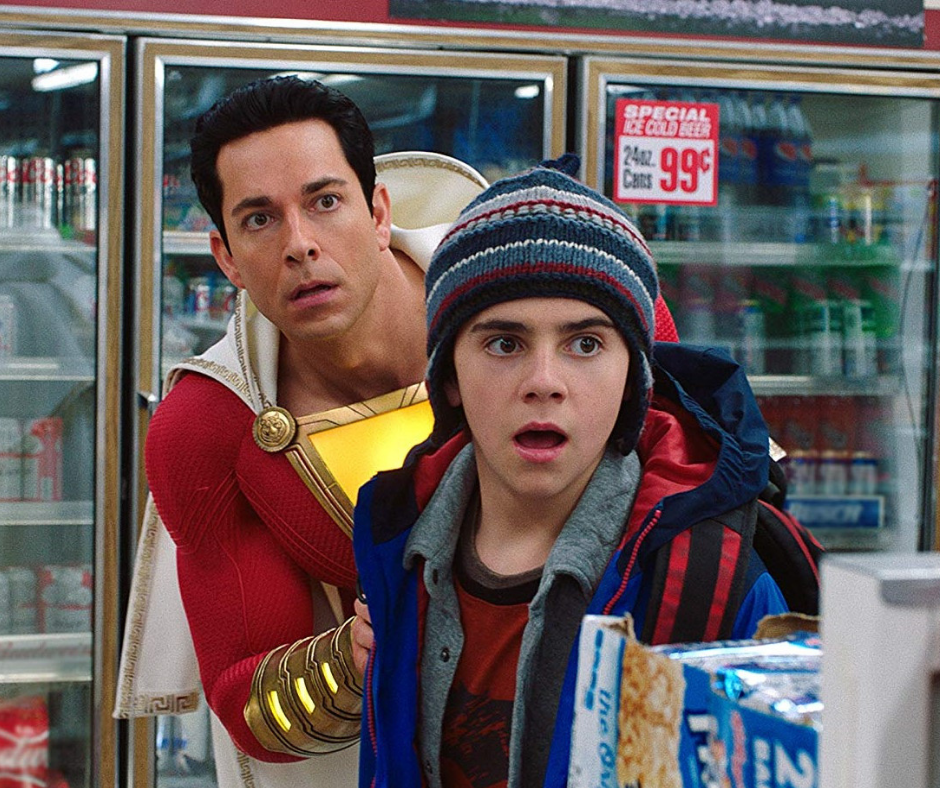 Shazam! is a lot of fun to watch. It combines humor, adventure, and the most heartfelt story about family DC has put on a movie screen in a long time. This is a good look for the DCEU.

Fair warning: This is mostly a spoiler-free review, but you might catch a few hints. Proceed with caution.

As a comic nerd, it’s a huge relief to see the DCEU moving away from Constant Unending Gritty Realism. Comics have dark serious moments, but they’re also full of wonder and adventure and heart. Shazam! the comic has a strong sense of play (except that time in the New 52 where he used to rob ATMs, though the movie does throw a nod that way). Shazam! the movie stays true to that tone. It knows when to be serious and when to be as silly as possible – and there’s a lot of scope for silliness.

The movie takes a really smart approach. Instead of going with the “hero gets superpowers and has to learn responsibility” arc we’ve seen a billion times, it pulls its emotional cues from family. There’s all kinds of family here: Billy’s mother who he’s determined to find, the motley Vazquez foster clan, Sivana’s dysfunctional family, and even the Wizard Shazam’s lost brothers and sisters. Having so many dynamics playing off each other gives the characters depth without feeling weighty. 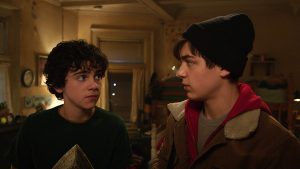 Some people might find the plain goodness of the Vazquez family cheesy, but it’s exactly what the movie needs. Billy Batson is a kid with a lot of issues. If the Vazquezes weren’t foster pros they wouldn’t be able to build a connection with him, and that connection shapes everything that happens after he becomes Shazam. (Besides, this is a comic book movie. It’s allowed a ration of cheese, okay?)

Pacing is a little awkward in places. Superhero origin stories tend to have trouble getting the facts laid out, because it almost always requires an awkward amount of exposition. I think Shazam! handles this better than most thanks to the high quality cast. Mark Strong is a lot of fun as the jealous, ambitious Sivana. Djimon Hounsou leans into the drama of his monologues, which makes them feel more natural. Asher Angel, who plays Billy Batson, does a credible job of lightening up the Wizard Shazam’s heavy speech with some snarky one-liners.

Angel was a pleasant surprise. Zachary Levi (as Shazam) is a riot, so it would be easy for Billy to get lost in the shuffle. He doesn’t, though. Angel gives Billy a compelling mix of bravado and vulnerability that makes able to hold up against the giddy, flashy Shazam.

Speaking of Shazam, I have to give Levi and Angel credit for working on that dynamic. The scenes where they switch quickly back and forth feel natural, not forced. Levi puts a lot of effort into moving and talking like a teenager, which covers for the fact that he doesn’t look a whole lot like an adult Asher Angel.

I wasn’t the most impressed with the Seven Deadly Sins. They’re pretty hard to tell apart, and they don’t look much like the sin they represent. Shazam even pokes fun at that when taunting the villain. The Sins speak in a kind of generic Growly Monster Voice, like they were added last minute. With so much energy and attention put into the acting, the Sins seem bland and unimpressive.

Despite the lackluster monsters and way too much attention given to the school bullies (seriously, why isn’t their truck getting towed if they park on the school sidewalk?), Shazam! is a lot of fun. It’s also one of the very few DCEU movies you could take the whole family to without having to cover tiny ears. Maybe it wasn’t perfect, but it’s a strong story with great acting and lots of heart.

Most importantly, I didn’t walk out of the theater depressed or frustrated or wishing I hadn’t wasted my money. I felt like Shazam! was made by people who liked the comics. I was jazzed for a sequel.

Have you seen Shazam! yet? Share your thoughts with us in the comments! 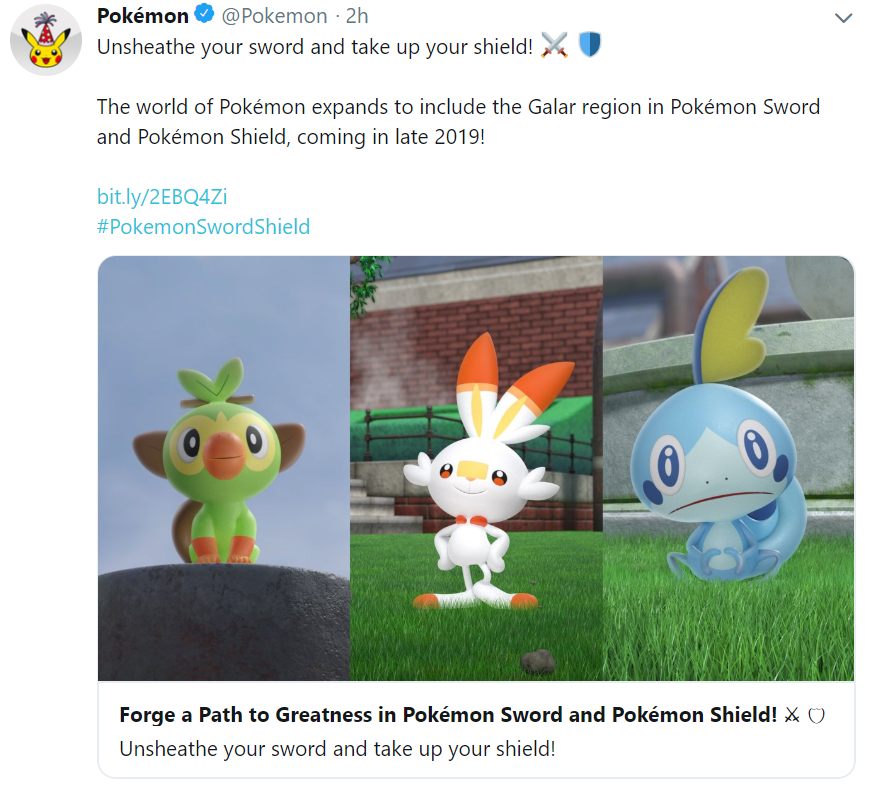 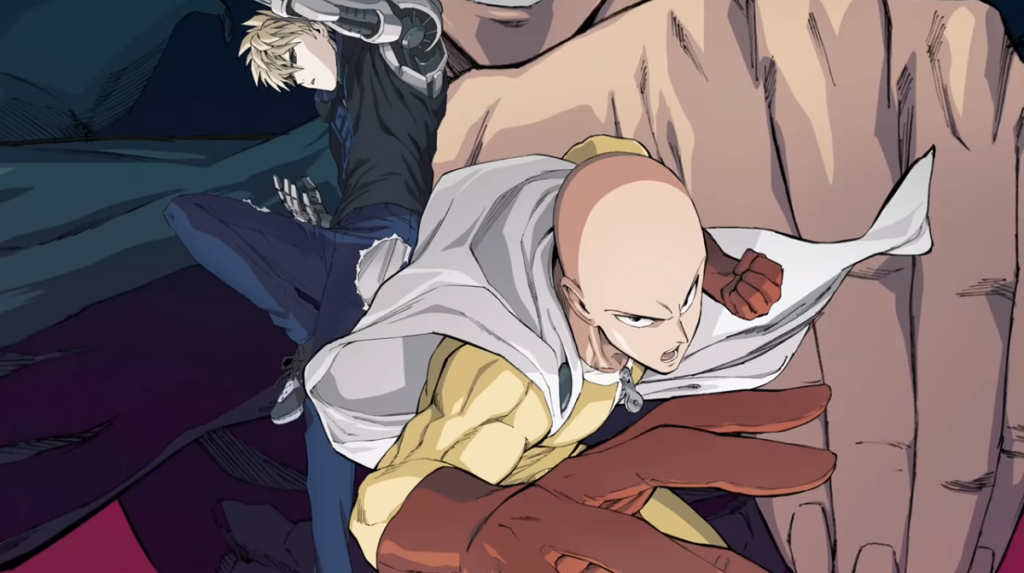