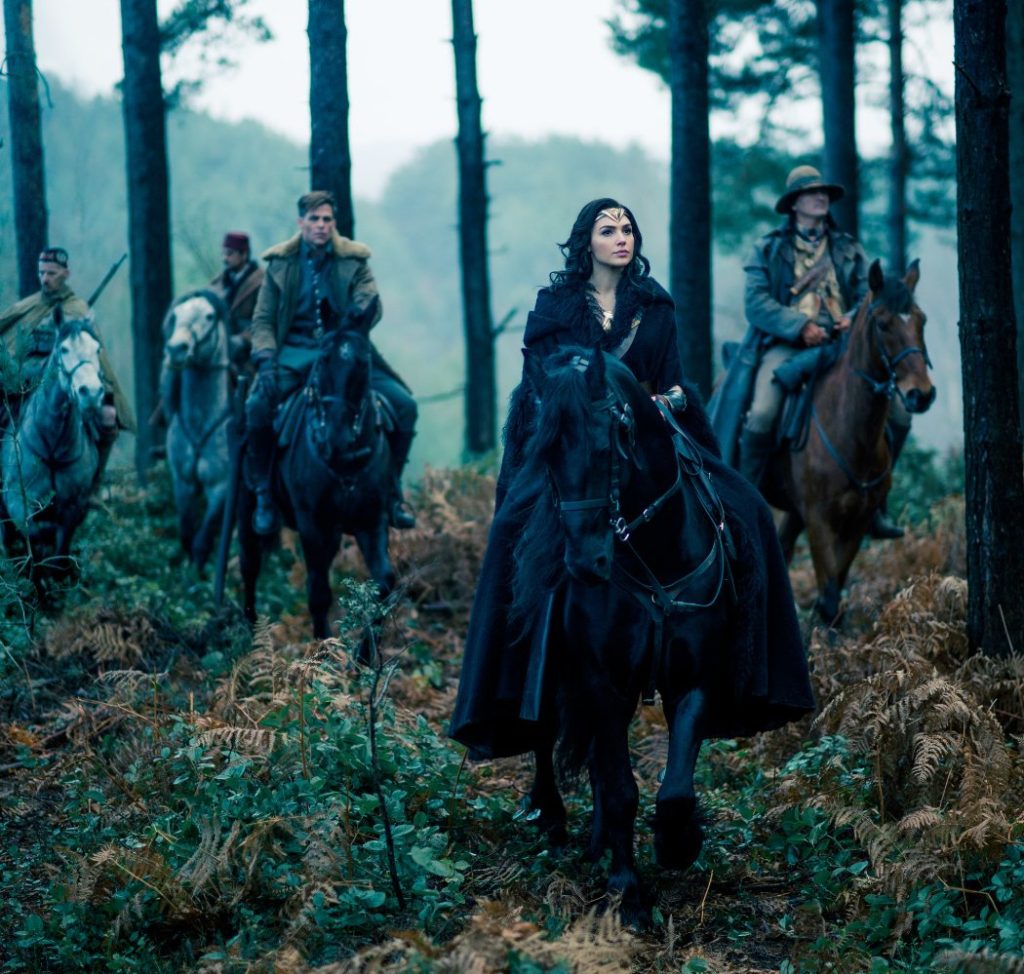 The hype surrounding Wonder Woman has been intense. Fans have been waiting for a Wonder Woman movie since superheroes started being treated seriously by studios, and many were worried we’d get another Catwoman. After this weekend’s release, those fears can be safely laid to rest. I walked out of the theater already counting down to when I could watch again.

Warning: While this Wonder Woman review is being written as low-spoiler, there will be a few small ones. You’ve been warned.

It’s no secret that the DC Extended Universe has been struggling to find their stride while setting up for Justice League. The box office totals for Batman V Superman fell short of Warner Bros. expectations at about $870 million. (If you’re curious, there’s a great breakdown of how that compares to other superhero films over at Comic Book Movie.) Batman V Superman had a massive opening weekend, but when fans started talking about the movie interest dropped off.

The problem isn’t with the characters. Everyone loves Batman, and Superman has had several successful TV series. Where Warner Bros. has been going wrong has been in the unrelentingly dark tone of their movies. There’s almost nothing fun about them. Even Suicide Squad managed to squash most of the joy out of the manic Harley Quinn. I don’t know who started this rumor that you can’t have a gritty movie with no humor, but the DC Extended Universe fell for it hard.

I don’t know who to praise more here. Director Patty Jenkins has basically laid the smackdown on rumors she didn’t have the experience to take on a major movie like this (I’m not even going to drive their traffic up by linking to that garbage). She did such an amazing job of balancing the grim tone of a war movie with the lighter notes of Diana’s coming of age story that I was tearing up half an hour in.

The story was by Zach Snyder and Jason Fuchs, screenplay by Allan Heinberg. It revolves around Diana (the masterful Gal Gadot) trying to find the God of War, Ares, in the belief that once she kills him the humans will never have to fight again. She’s incredibly sincere, with a strong heart, an impulsive streak and just the right touch of arrogance. (I’d be a little cocky too if I could punch through rock, so I loved it.)

I’ll admit I owe an apology to Gadot, who I originally thought wasn’t muscled enough for this role (I took it back when the early costume pics came out, for what it’s worth). She showed me, and everyone else who had doubts. Never again will I read a Wonder Woman comic without hearing her voice as a blend of Lynda Carter and Gal Gadot.

Chris Pine delivers as Steve Trevor. Steve does the sensible thing several times and steps into a support role for Diana, directing his men to do Amazon maneuvers he saw on Themyscira and stepping back to let Wonder Woman fight when she’s clearly the best option. He doesn’t come off as a prop or a fall guy, either. His character is a solid example of how to write normal humans working with superheroes. (Also, there was none of the creepy stuff Steve did from time to time back in the comics.)

Side note number two (scroll over, it’s a spoiler): Chris Pine and Chris Evans have now both played guys named Steve in superhero movies who destroyed planes to save the day. Dudes. Are you in some kind of contest?

On the representation side- overall this was a huge success. We have a grifter character, Sameer, tell Diana he wanted to be an actor but was “the wrong color”. The Native American character known only as The Chief gets in some well-deserved critique of early settlers and colonialism. Would I like to have seen Diana call Steve out on that? Yep, but let’s be realistic, it would have felt shoe-horned into the middle of this battle.

There were some mixed moments here. Ann Ogbomo plays Phillipus, Hippolyta’s adviser. In the comics she played a major part in training Diana, though the queen’s sister Antiope takes that role in Wonder Woman. I like Robin Wright and thought she did a great job, but I would have loved to see Phillipus teach Diana humility as she did in the comics.

Another complaint: I know I saw some Gail Simone influence in the story, but she’s not listed in the “special thanks” section of the credits with the other creators. At least they remembered to thank Rebirth writer Greg Rucka, who got a sneak peek of the film last year while they were ironing out an issue with something he had originally written.

When it comes down to it, Wonder Woman has what the other DC Extended Universe movies have been lacking: heart. Diana isn’t ground to nothing under a dark story line–she holds it up and carries it. This is what the DCEU should have been like all along.

Fans are responding to that heart in a big way. The film has already made $11 million (on a Thursday, people!), and both Patty Jenkins and Gal Gadot are signed on for the sequel.

Let’s hope Warner Bros. recognizes why this movie is doing so well and makes some changes. Heart like this could become the defining characteristic of DC movies. Maybe–just maybe–they could start giving the MCU a run for its money.

Have you seen Wonder Woman yet? What did you think? Share your thoughts in the comments section below!