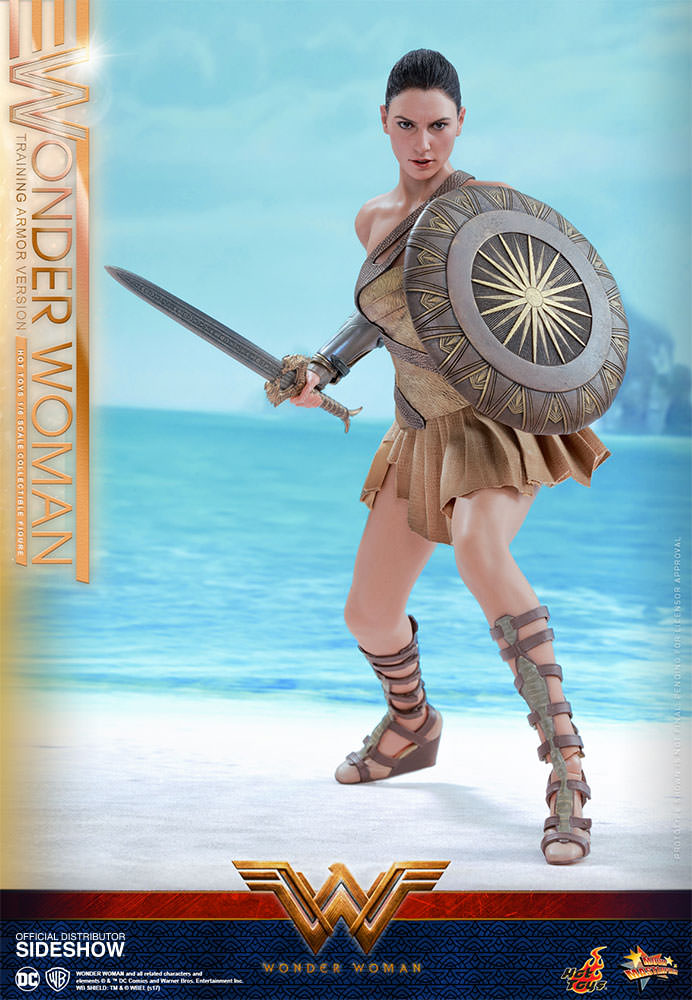 Hot Toys has unveiled its 1:6 scale Wonder Woman Training Armor figure and it is glorious! The figure is expected to ship sometime in 2018.

Diana’s upcoming collectible figure will be distributed by Slideshow Collectibles in the U.S. The Wonder Woman Training Armor figure features an uncanny resemblance to Gal Gadot. The detail was expected as Hot Toys has delivered quality in figures for Batman, Joker, and Harley Quinn.

I did a review of the Injustice 2: Harley Quinn figure if you want to check that out.

Here’s the official description from Slideshow:

“Featuring Gal Gadot as the Amazonian Princess Diana in the movie, the figure is finely crafted based on her appearance in Wonder Woman wearing the Themyscira training armor. The newly developed head sculpt is perfectly carved with movie-accurate quality. The outfit is specifically tailored to showcase the fine detailing. What’s more, the figure comes with an assortment of weapons such as the Amazons’ mythical “God Killer” sword with a base, a shield, bow and arrows and her signature “Bracelets of Submission”. On top of the accessories, a themed figure stand and a specially designed Themyscira Island backdrop are included as well.”

The figure will include a new head sculpt of Gal Gadot (hand-painted), 17 points of articulation, and interchangeable hands (six pieces). 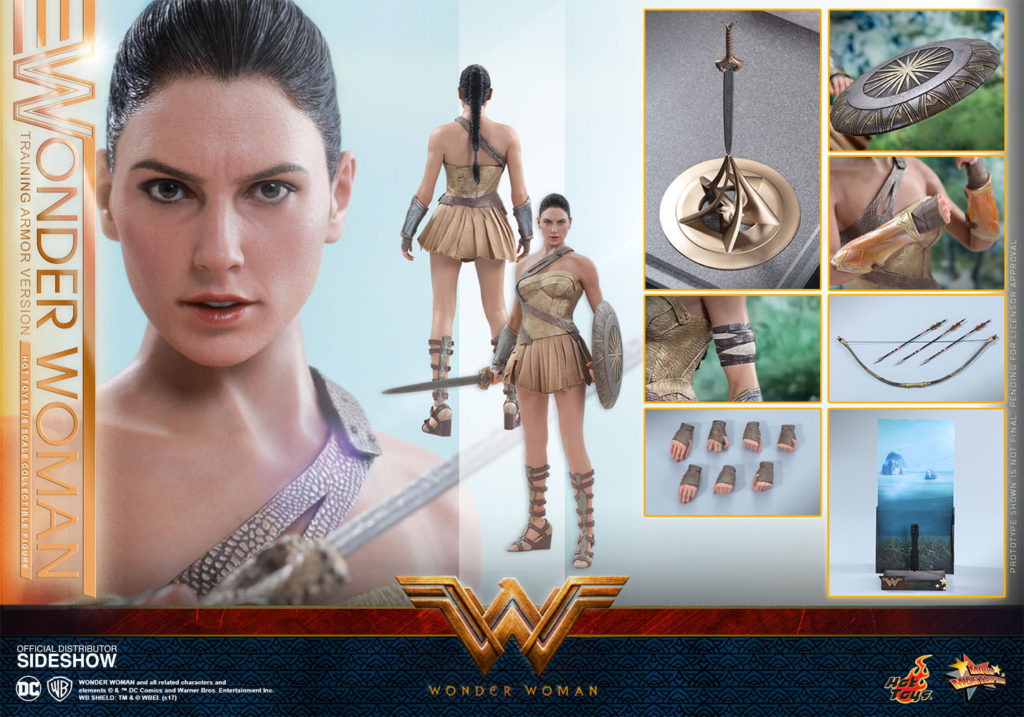 You can expect the 11.4 inches tall Wonder Woman Training Armor figure to hit stores sometime between April and June of 2018. It will retail for  $234.99. You can pre-order it if you want.

Fans can also look forward to another Wonder Woman figure in her superhero costume from Batman v. Superman sometime this summer.

Have you watched Wonder Woman yet? What do you think of her Training Armor figure? Let us know.

Previous:Interview with Lord Mesa at HVFF London
Next: The DCEU Has Found Its Voice With Wonder Woman