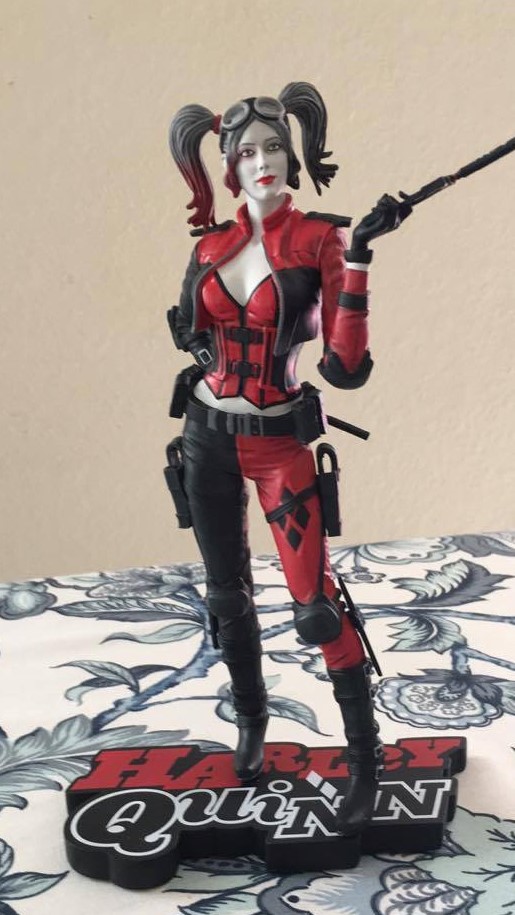 The Injustice 2: Harley Quinn statue is the latest in DC Collectibles’ Red, White and Black series. Based on the upcoming game, this approximately 7.75” tall/1:10 scale Dr. Quinzel is ready for a fight.

The Injustice 2: Harley Quinn statue was announced last year in September. The Red, White and Black series has seen a lot of success so it makes sense for DC to continue to the line. The new statue was sculpted by Steve Kiwus and is based on Harley’s design in Injustice 2. The upcoming game has a 16 May, 2017, release date.

When it comes to collectibles, it’s the tiny details that count for me. Design wise this is a gorgeous looking figure, and the details didn’t get lost in the overall 7-inches tall build. There’s a lot it has to offer. She’s wearing a utility belt, has two guns, holsters, knee and elbow guards, battle knives, and even a pair of goggles.

As for her clothes, the statue is comparatively quite modest than the rest available in the series. I personally love the jacket, which has a logo that combines Harley’s diamonds with Batman’s iconic mark. Harley does side with Batman in the Injustice comic book series, so the mashup makes sense. Talk about detailing — you can clearly see the teeth of the jacket’s zipper, which adds to the overall look. Even her guns have little words on them. Pow!! 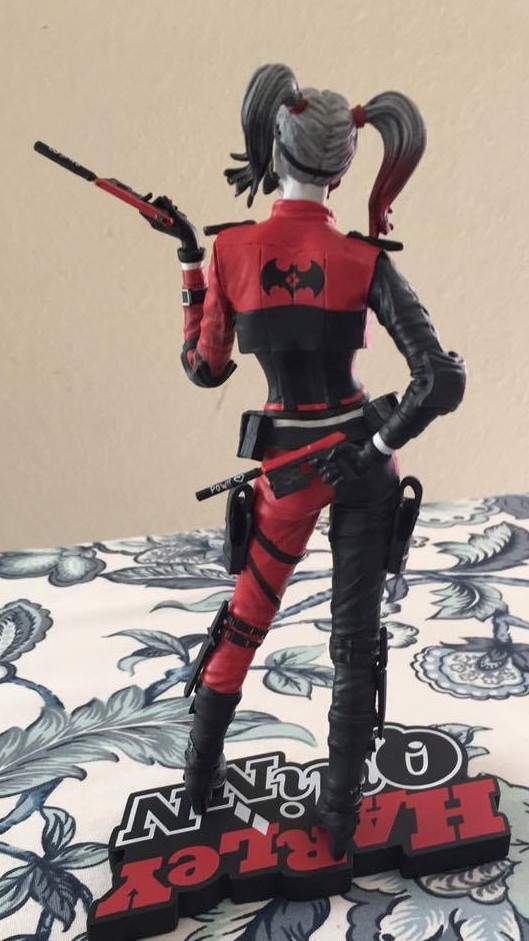 The face has a good sculpt, too. This is probably the sanest looking statue of Harley currently available. The paint job is on point. Her lipstick wasn’t smudged and you can see that her eye paint and even the eyeshadow was done with care.

True to the series name, the statue makes use of red, white and black with different tones of gray. Whether you like Harley as a character or not, you have to admit that the grayscale combined with the red has a visual pop to it. It’s a statue that will catch your eye.

It comes with a single base that has a hole for the peg under Harley’s right foot. The base has her name on it, which is similar to the logo used for her comic book series. There are also small rubber pads under the base so it won’t scratch the surface. This is a limited edition statue with only 5000 made. 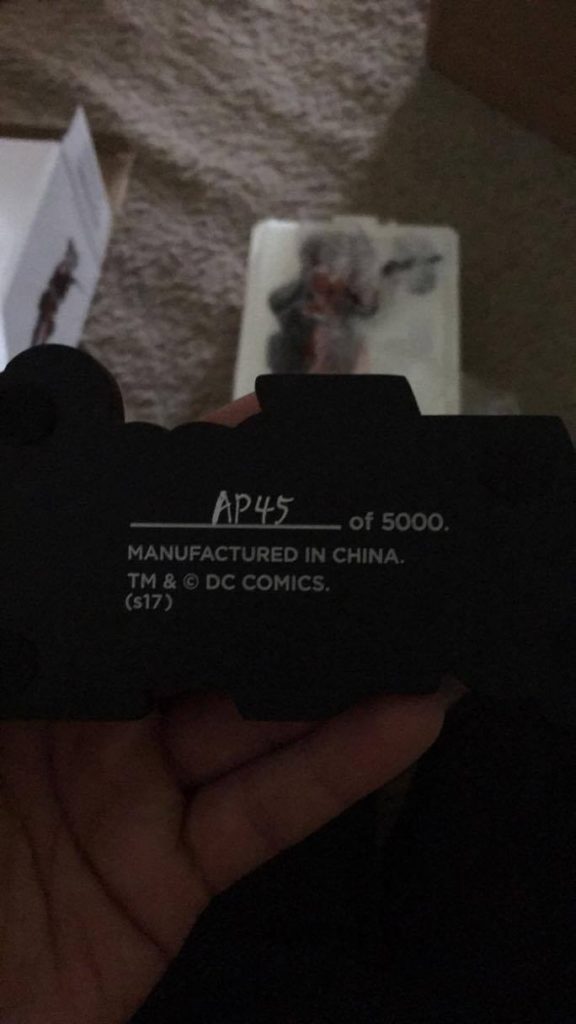 The statue came well-packaged. It took a while to fully unpack but it’s worth the safety of this piece. While the statue isn’t too heavy, it is durable. Also, even after an accidental drop the base didn’t break. So, yay!

I had a friend of mine help me unbox it. He hasn’t done an unboxing video before so check that out. It has a lot of pictures!

For taking care of this statue, my advice would be to use a gentle hand while dusting because the peg could come off. Furthermore, try not to touch or apply pressure on the guns as they are likely to break considering their thin frame.

All in all, the Injustice 2: Harley Quinn statue does give you your money’s worth. It’s priced at $80 USD and makes for an awesome addition to your collection. For a statue that’s below $100, I wasn’t expecting such a good job as far as the face is concerned so that was a welcome surprise. 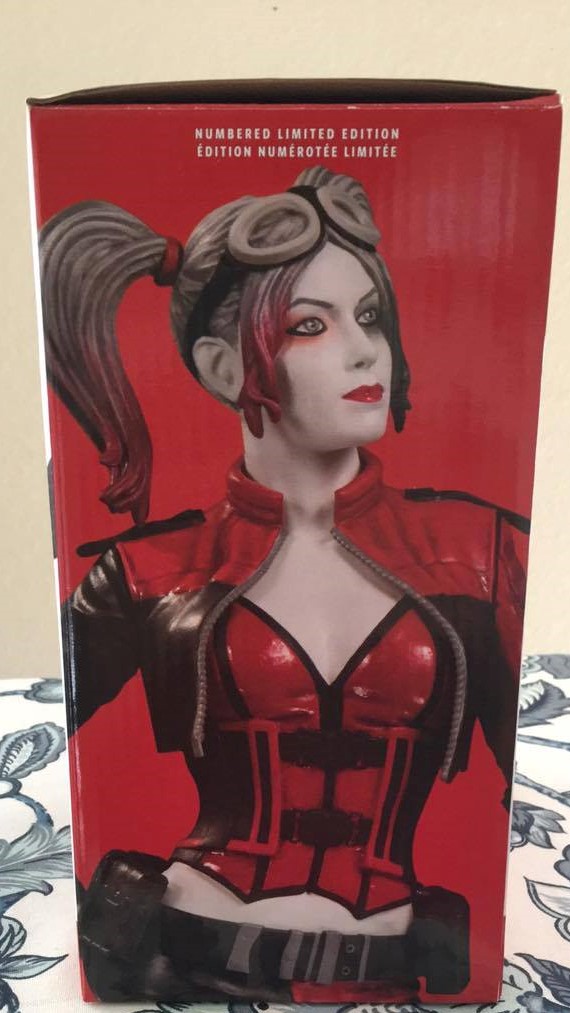 Will you be buying the Injustice 2: Harley Quinn statue? Already have other statues in the series? Let us know.

Note: I received the Injustice 2: Harley Quinn statue from DC Entertainment for review. The opinions are my own.