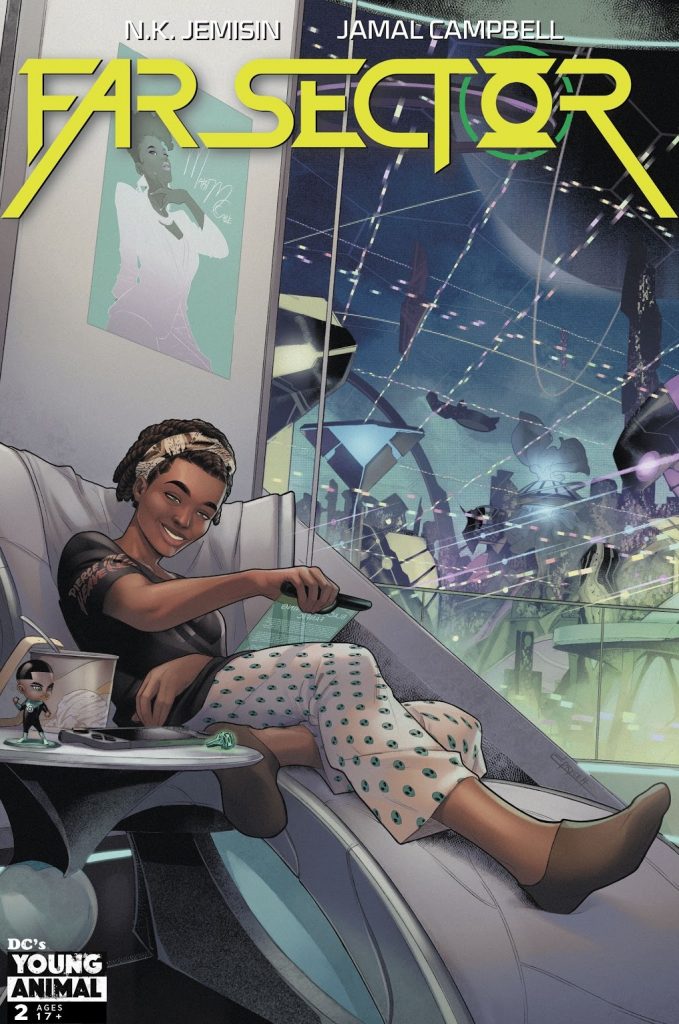 Hey, all! Welcome to my comic book review roundup for this week (December 11, 2019). I’ll be going over all of the titles I’ve read. My review list includes Far Sector Issue 2, X-Force Issue 3, Something is Killing the Children Issue 4, Strikeforce Issue 4, and many more. So, let’s begin!

I’m going to start by talking about DC Comics’ Far Sector Issue 2. I greatly enjoyed reading the debut, and the second installment was just as awesome if not more. The visuals are definitely one of the best when it comes to the recent comic books I have read. Artist Jamal Campbell has an impressive talent for creating a fictional alien world that looks so real because it’s incredibly well-detailed.

Writer N.K. Jemisin is continuing with the murder-mystery premise and I can’t wait to see where it will take our lead Green Lantern, Sojourner Mullein (or ‘Jo’ for short). Jo has a lot to learn. She’s a rookie who doesn’t have a lot of control over her Green Lantern ring yet. Other than that, we got to know that Jo’s queer. And considering this is a very engaging comic book story, I’m happy for well-written queer representation in well-written narratives. If the quality keeps delivering with every issue, I can see Jo quickly becoming one of the most interesting Green Lanterns in DC Comics. 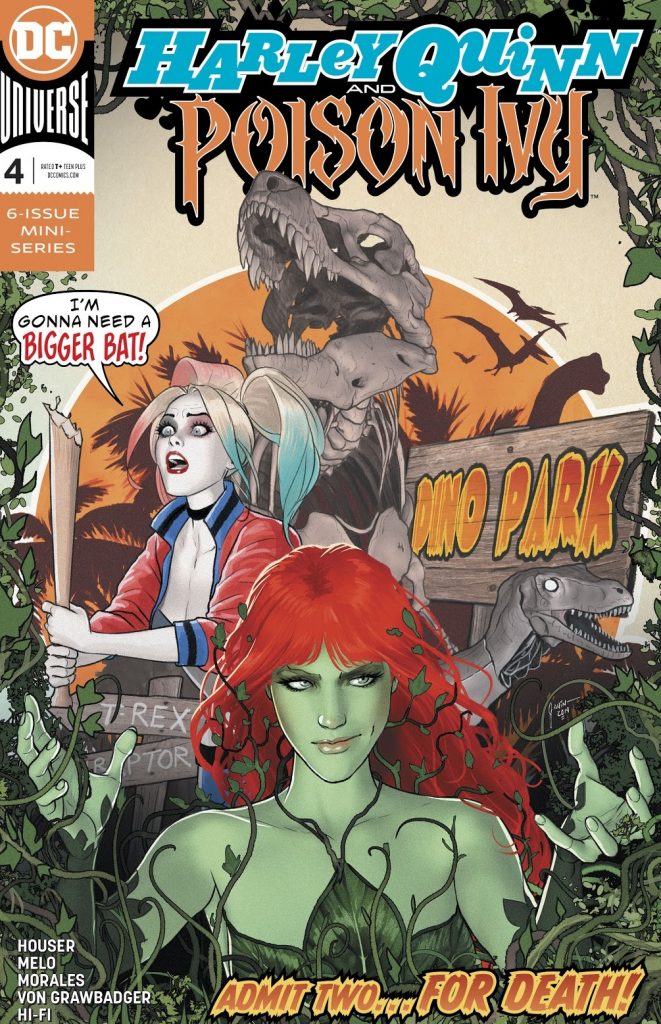 This issue felt like filler, but it was still fun to read. By the end of this issue, written by Jody Houser with pencils from Adriana Melo, Ivy and Harley decided to go and attack the Floronic Man. With only two more issues to go, let’s see how it all concludes.

Recommendation: I think you should wait for all six issues to come out and binge-read it. 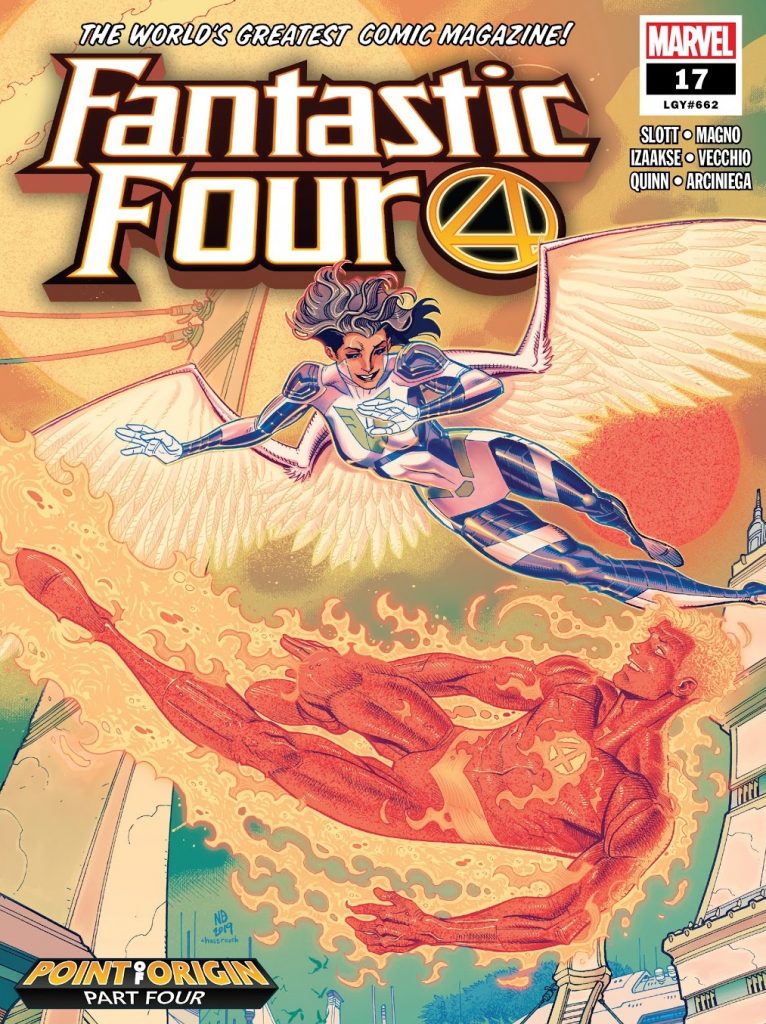 We got some interesting (yet predictable) answers surrounding the planet the Fantastic Four are stranded in. Apparently, the current arc will let us know how the Fantastic Four got their powers. Let’s see what writer Dan Slott has planned to share with us. There was a group of artists working on this issue. The different art styles helped differentiate the present timeline and the flashbacks. 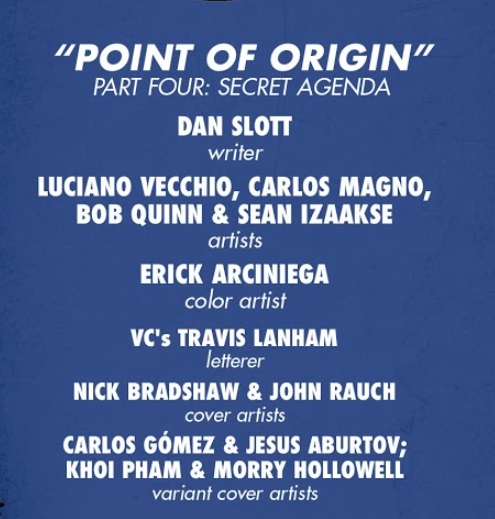 Recommendation: I’m not even a Fantastic Four fan, but I can’t stop reading this series. 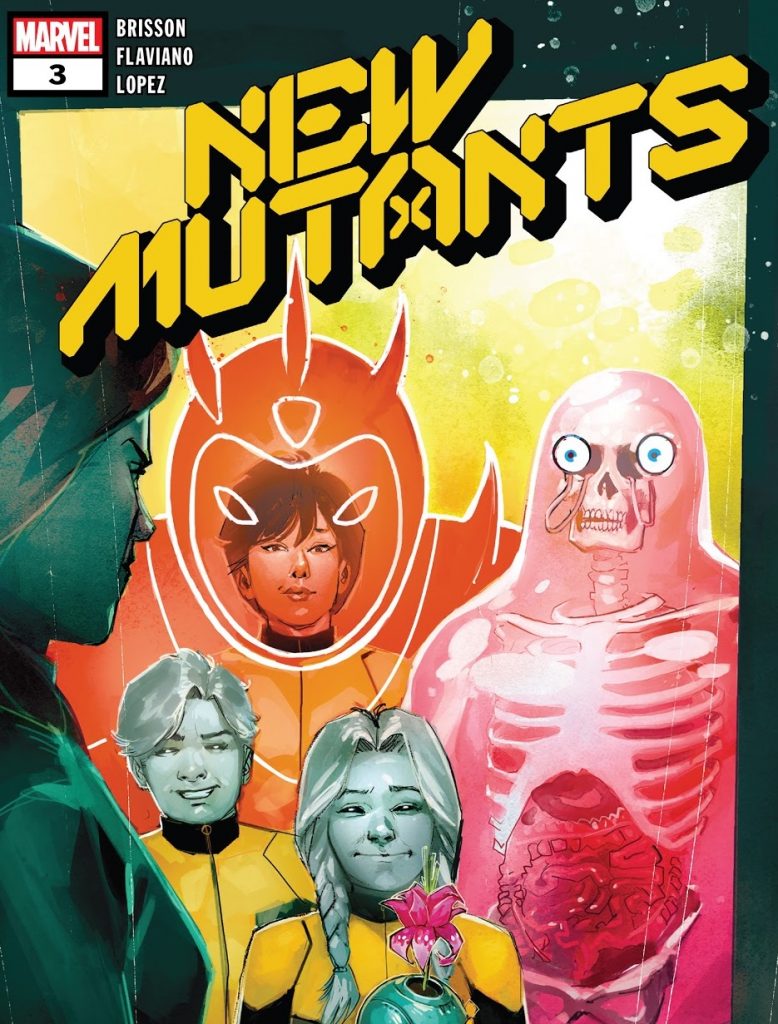 While I did enjoy the first two issues of this series, the third installment wasn’t that fun for me. The story shifted focus back to Earth and allowed us to accompany a different cast of characters. I liked Armor wondering about the mutants who didn’t come to Krakoa. Frankly, if I were a mutant (and an X-Men member), I would be asking similar questions.

Her curiosity led to her, Glob, Maxime, and Manon to go and meet Beak’s family. What I didn’t like was the introduction of new villains. Also, seeing villains beginning to use mutant-power dampening technology to even the odds against different X-Men teams just doesn’t feel exciting. If I remember correctly, every new Dawn of X title seems to be doing it, and I want something better from writers.

New Mutants is being co-written by Jonathan Hickman (the other writer being Ed Brisson). So, maybe Hickman is planning something big with this title? I do hope so. Otherwise, I might have to drop this and consider picking it up after a few months. The pencils by Flaviano were nice, though. 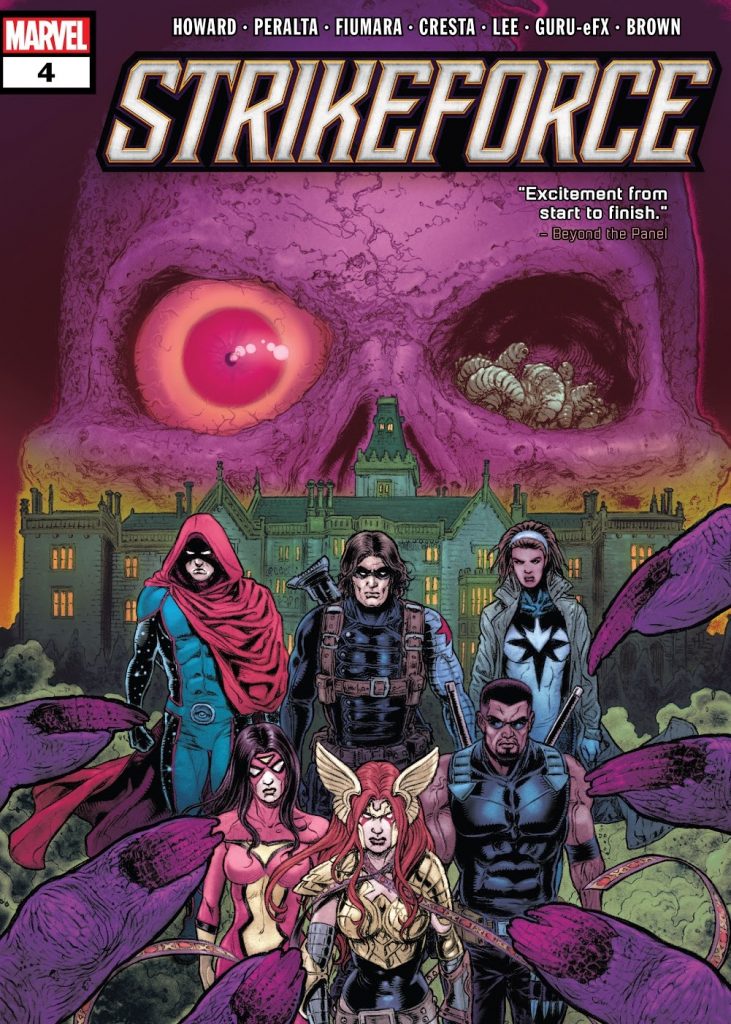 This issue felt like filler to me. Writer Tini Howard didn’t offer anything the readers might not have guessed already. But still, I’m so invested in this comic book series, I do see myself reading it all until it concludes or is canceled by Marvel Comics. A number of artists worked on this issue to give each story being told by certain Strikeforce members a different feel.

Recommendation: Maybe? It was filler, but it was still fun to read. 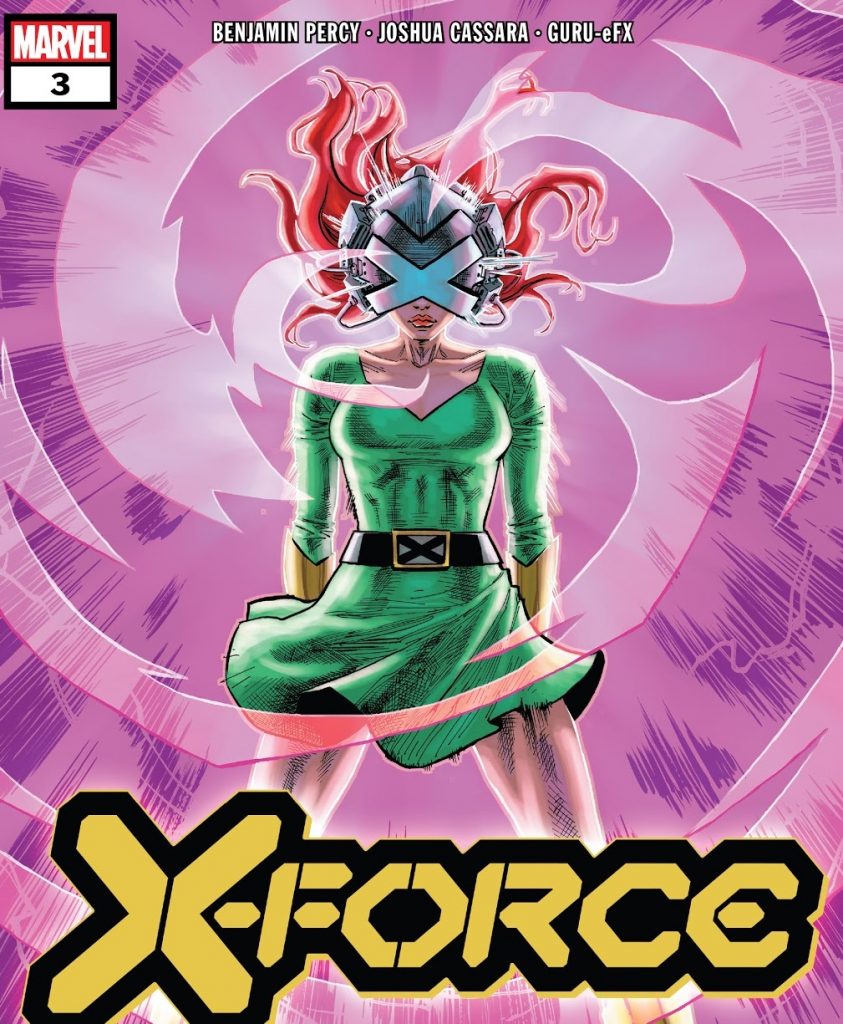 Professor X is back and I don’t even know why the writer decided to kill him in the debut issue. The current issue, written by Benjamin Percy, helped introduce us to the new X-Force team. However, we still don’t know much about the villain. The panel showing the enemy talk to his group reminded me of the Court of Owls from Batman.

I did like the conversation Jean had with Beast. As someone who has been resurrected numerous times, she’s a good candidate to talk about what fearing death can mean for those that are still alive. We also got a report which stated that upon Professor X’s resurrection, Forge kissed Charles directly on the mouth. I would have liked to see that moment drawn in a panel. The art by Joshua Cassara gives this title an unpolished look that goes well with gruesome body horror in the story. 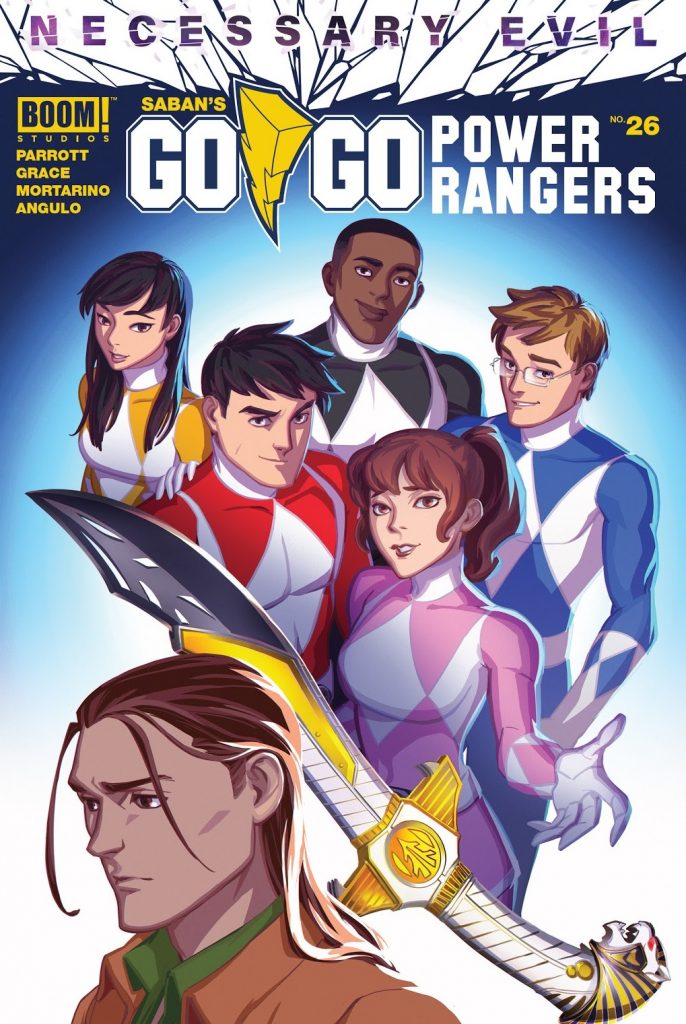 I really enjoyed reading this issue by co-writers Ryan Parrott and Sina Grace. The art by Franceso Mortarino is serviceable. We got a whole lot of backstory for Tommy Oliver. Even though it might not be something new for fans who have kept with Tommy over the decades, I still liked going over his emotions and how he came to gain the mantle of the White Power Ranger. The appearance of Lord Zedd made all the difference, and I am here for it!

Recommendation: Pick it up! 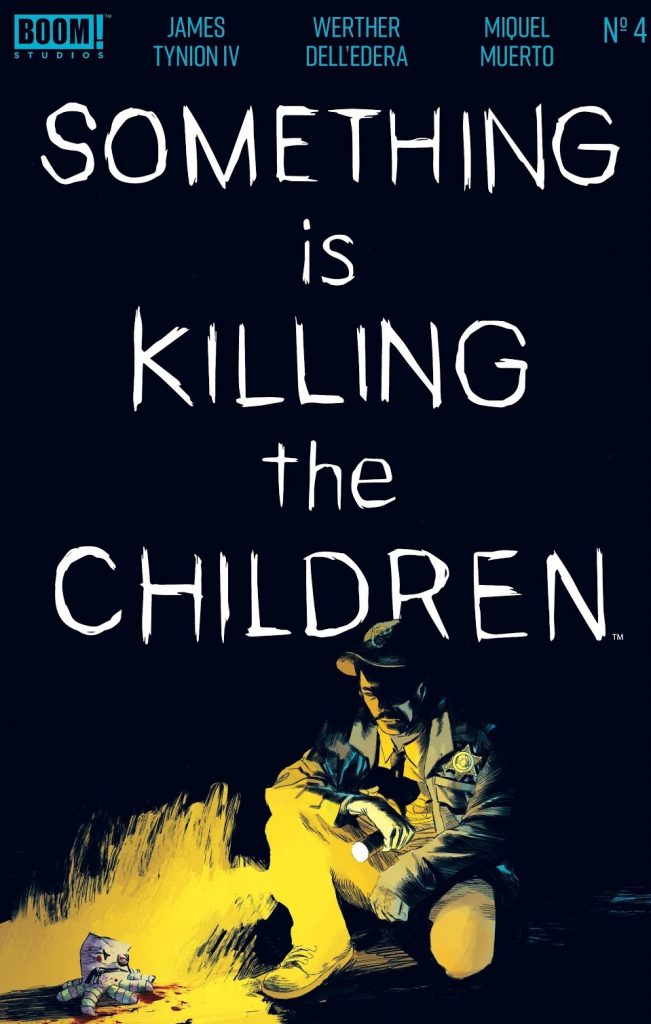 Something is Killing the Children Issue 4 (Image: Boom! Studios)

Something is Killing the Children Issue 4

I’m four issues into this incredible story and I still can’t believe Netflix or some other network hasn’t picked it up. It’s so good. The panels, in Issue 4, with the two brothers investigating the scene of the gruesome attack looked right out of a TV show. I loved the debut and I’m still loving this series.

There is so much mystery and horror in this narrative by writer James Tynion IV. Erica Slaughter continues to be her weird self. Even though I wasn’t a fan of how James was behaving around her, I think I can kind of understand where he was coming from. And while I like his eagerness to avenge the death of his friends, I don’t want to see a kid getting in the way of Erica’s mission or making her vulnerable. I’m not a fan of such cliches.

Here’s to hoping we start getting some answers to what’s going on. The art by Werther Dell’Edera is perfect for such a series. There are a lot of close-ups (especially of Erica’s huge eyes) and it all works and makes so much sense when it comes to creating engrossing panels.

Which comic books did you read this week? What did you think of Far Sector Issue 2? Let us know.

Previous:All The Geeky Goodness Coming to Disneyland Resort in 2020