Welcome to the latest Geekiary News Briefs! I’ve got a lot to share with you all. Of course, I’ll be covering the recent box office results, what Gabrielle Union (and her family) is going through, and more.

Let’s begin with the box office results. Of course, Frozen 2 maintained the top position. As far as new releases are concerned, Knives Out and Queen and Slim had good openings.

Also, while I haven’t watched Queen and Slim yet, I have heard good things about it. However, the casting call for the character named Queen caused a stir online.

Just look at this mess! 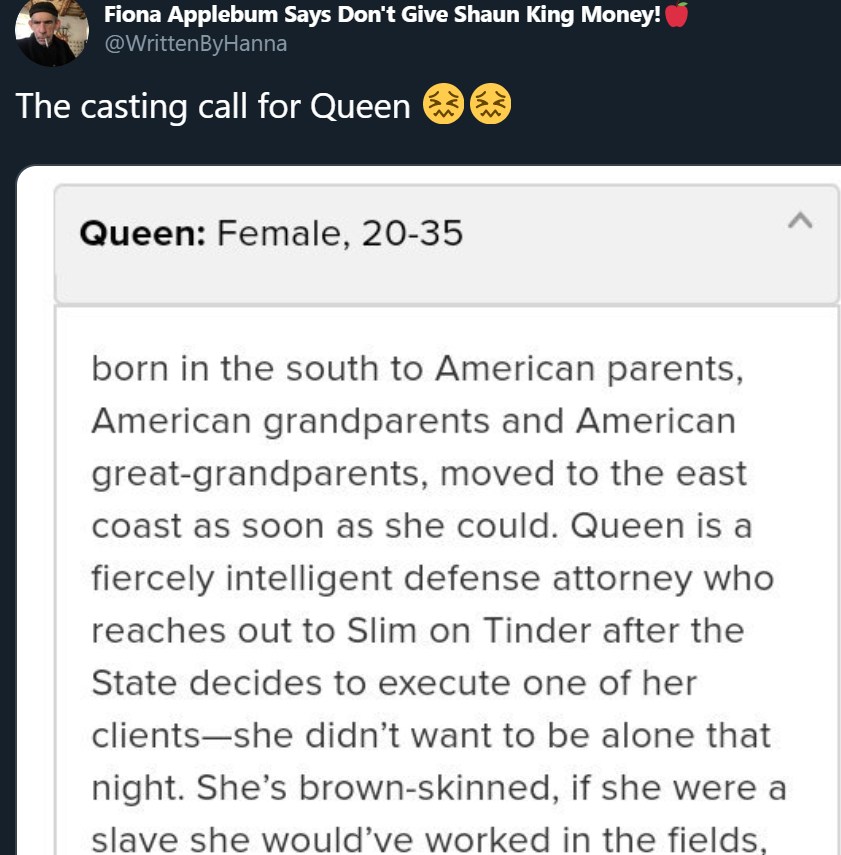 Along with being behind the successful Queen and Slim, Lena Waithe isn’t stopping offering quality content on our TV screens. The trailer for new queer comedy show Twenties has been released and it looks amazing. The upcoming show will air early in 2020 on BET.

Billy Dee Williams came out as genderfluid and of course, everyone (sane) was super happy about it. He’s reprising his role as Lando in Star Wars: The Rise of Skywalker.

Talking about diversity, the MCU has finally released the teaser trailer for the long-running franchise’s first superhero solo film led by a queer PoC and I’m here for it!

In disappointing news, a family picture shared by actress Gabrielle Union caused many homophobes to feel brave online and go after her kid (Zion) for wearing fake nails. The entire thing was another example of how obsessed homophobes are with the LGBTQIA+ community.

Also, it tells a lot about who homophobes are as people when many of them are okay with accepting sons that are rapists, woman beaters, bullies, etc., but a kid wearing fake nails is where they draw the line. 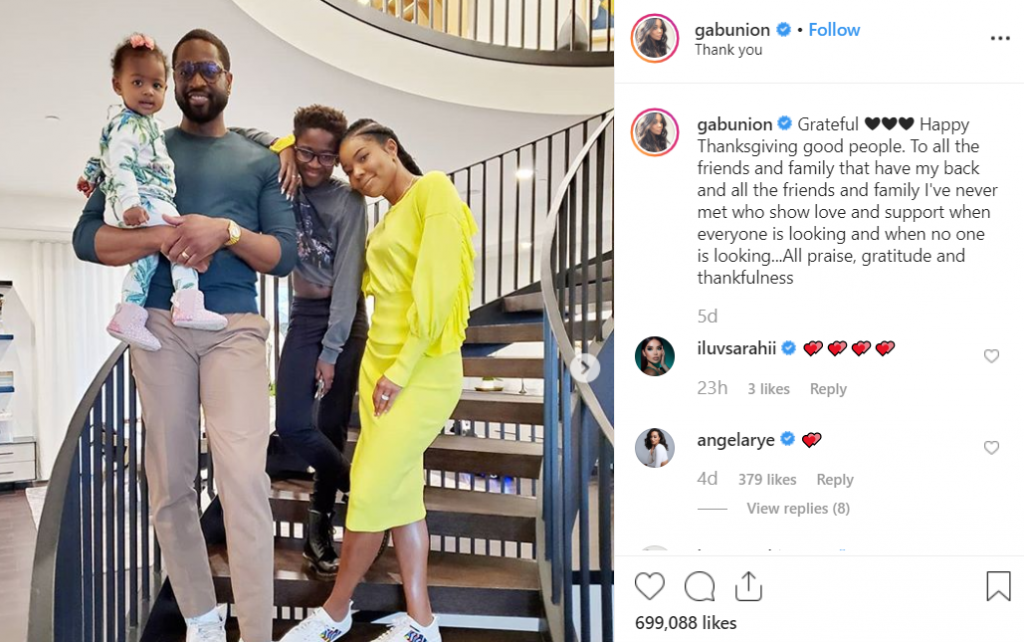 Anyway, the spectacular news is that Union and her family don’t have time for any of the hate. Zion’s father took to his social media account to show everyone how much he loves his child.

Other than that entire debacle, Union is also fighting for respect in the industry, especially where America’s Got Talent and NBC are concerned. The reports about a racially hostile environment aren’t very surprising if you think about it. Investigations are ongoing. Fingers crossed, Union’s efforts are able to make working environments safer for other people (specifically WoC) across the board. 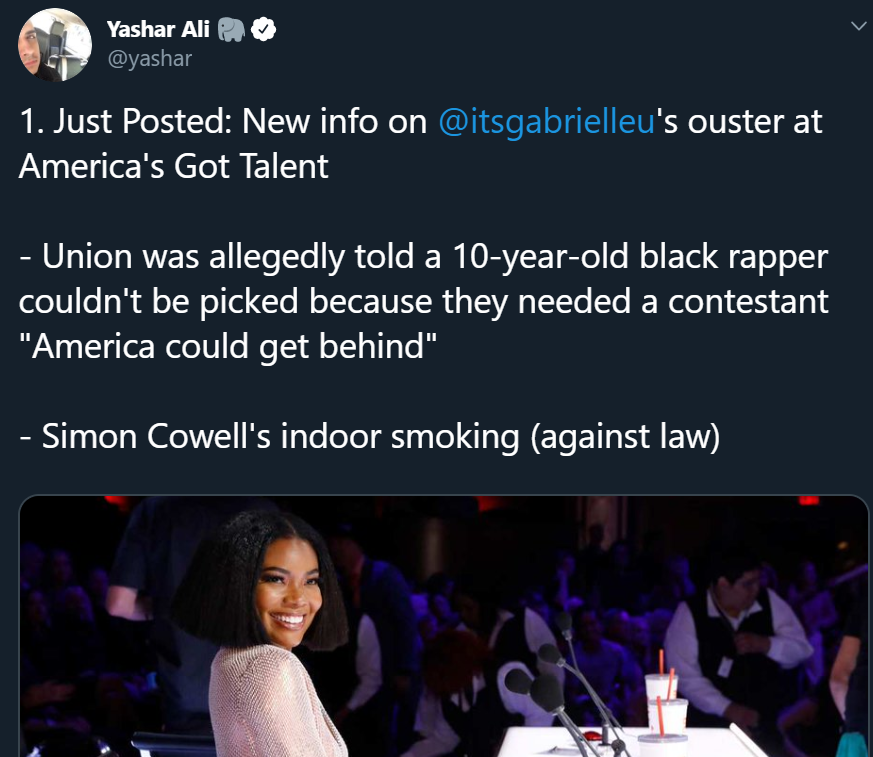 Over on YouTube, recently YouTuber D’Angelo Wallace got into a heated discussion with some kid named Turkey Tom. Their discussion led to some interesting opinions about free speech and why certain so-called comedians like to hide racist jokes behind the veil of comedy. As far as my opinion goes, being 17-years-old (which, apparently, is Turkey Tom’s age) doesn’t mean you can make racist jokes online just because you want to feel edgy.

Bringing the latest Geekiary News Briefs to a close on a more fun topic, actress Dakota Johnson went over to Ellen’s show and she dragged her. The interview went viral and I loved seeing how Johnson had no f*cks to give. She called out Ellen on TV and many in the queer community lived!

Ellen’s entire TV persona is about being kind and non-judgemental, and you know what? I’ve been long over it. The way she handled the Kevin Hart situation was the last straw for many in the queer community. And then there was that recent incident with George W. Bush. 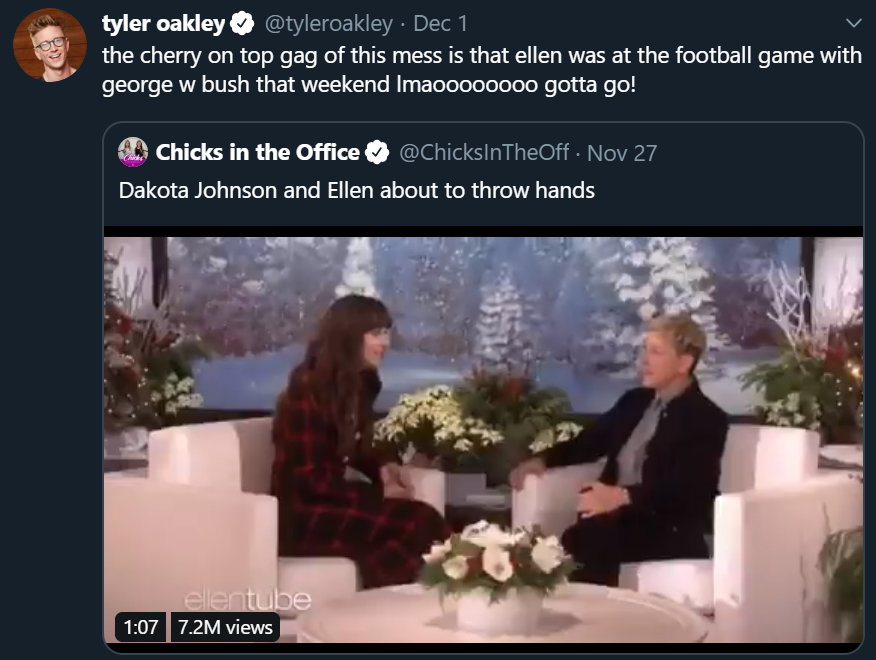 Anyway, kudos to Johnson for giving us such an amazing moment.