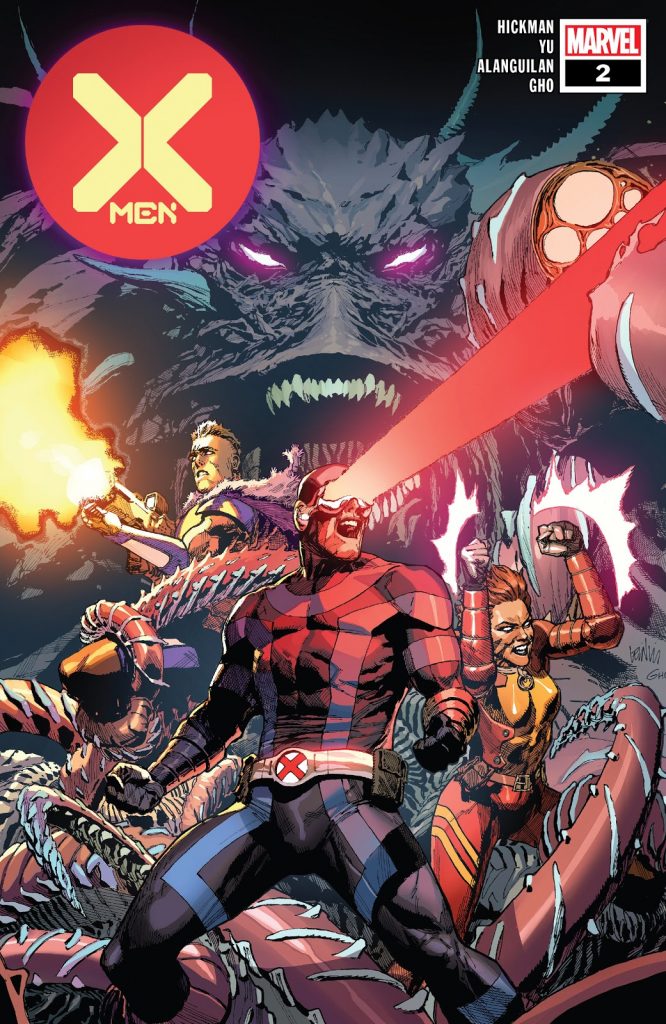 Hey, all! Welcome to my comic book review roundup for this week (11/13/2019). There were a lot of new comic books hitting stores this week. I’ll be going over all of the titles I’ve read. My review list includes Far Sector Issue 1, Fallen Angels Issue 1, X-Men Issue 2, and more. So, let’s begin!

I’m going to start with X-Men Issue 2. Everyone reading Jonathan Hickman’s new take on Marvel’s mutants knows that the Krakoan paradise won’t last. The second issue in the flagship X-Men title helped add more stuff to the already long list of troubles mutants have to deal with. And you know what? I want even more. I might come across as unsympathetic, but I’m looking forward to seeing the Karakoan mutant nation crumble. The premise was creepy and I want it to end. The fact that Krakoa has joined itself with another old island (its lover?) is only going to open doors to more trouble.

X-Men Issue 2 focused on Cyclops and his children (Cable and Prestige). I enjoyed their interactions. Parents and offspring seem to be one of the ongoing themes in Hickman’s story. Other than Cyclops and his family, we got to see Apaolypse (of all mutants) reconnecting with his grandchild.

Recommendation: Not really a big fan of the art by Leinil Francis Yu, but you don’t want to miss out on what Hickman is doing. Pick it up! 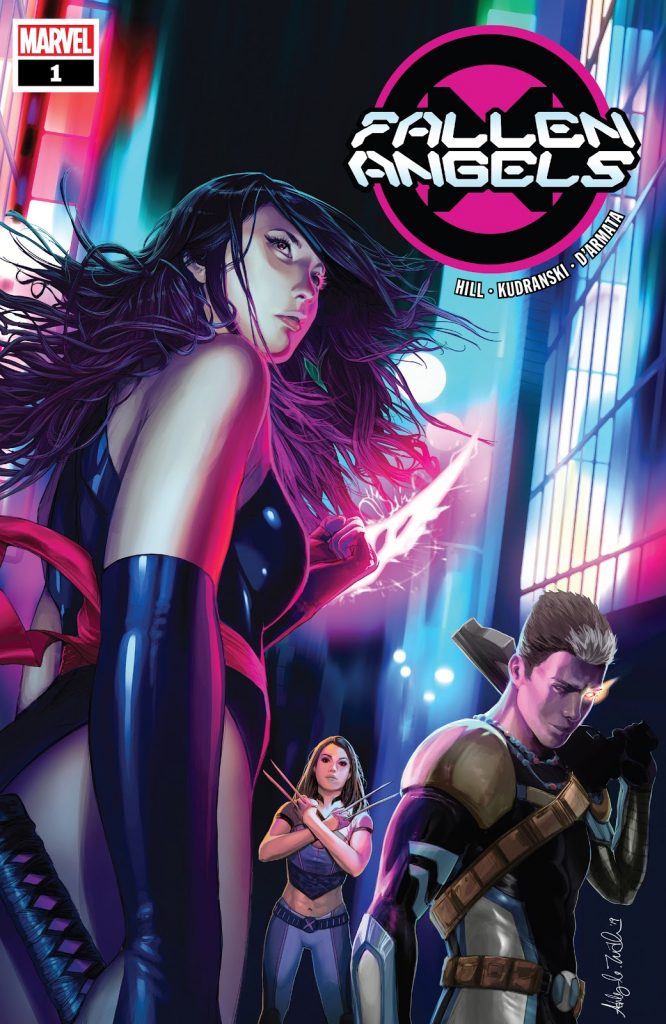 From writer Bryan Hill, I ended up enjoying Fallen Angels Issue 1 more than I thought I would, especially because I’m not really a big fan of the characters in the story. This title gave us a better look at how shady stuff continues to occur in Krakoa even though the island is supposed to be a paradise for mutants. The debut focused on Psylocke (after being separated from Betsy). We learned a lot about her past and how she isn’t happy about a new threat that has surfaced (resurfaced?).

I’m looking forward to the team she’ll recruit as well as how she’ll make sense of everything she’s been made to go through over the decades. The art from Szymon Kudrankski and colors from Frank D’Armata do give this comic book a darker feel. So, you know you’re in for a more serious story in the X-Men lore.

Recommendation: You should give it a read if you’re into action-packed revenge arcs. 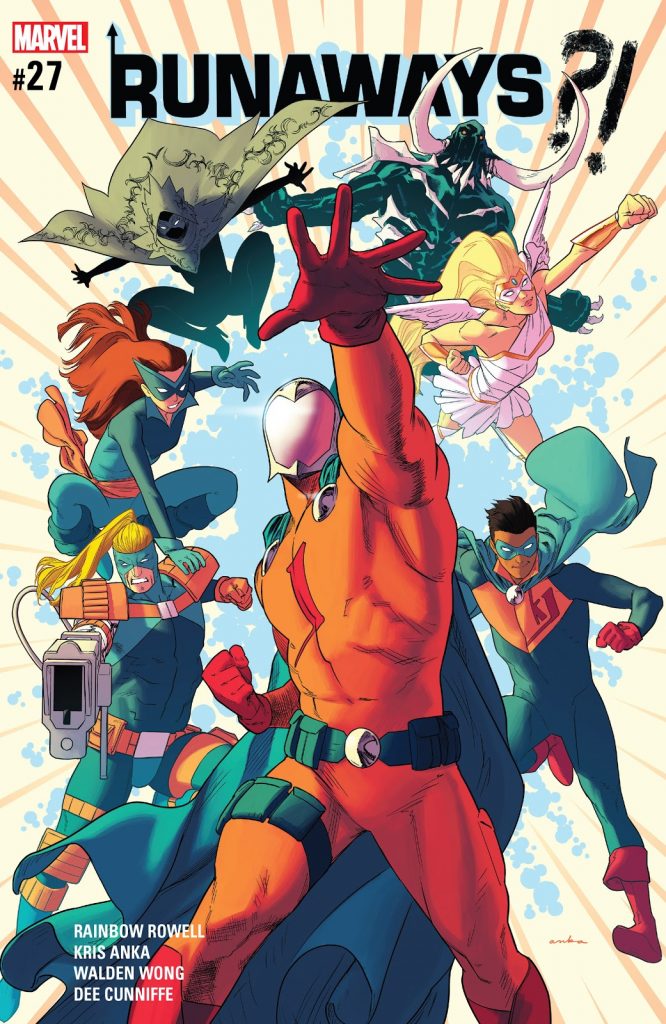 I’m 27 issues deep into this comic book series and I’m not even a fan of the characters! I can’t stop myself. There’s just something so appealing about the Runaways team that I keep coming back for more. You just know things aren’t what they seem in the story that writer Rainbow Rowell is sharing. But you’ll find yourself invested enough to continue sitting on such an enjoyable ride.

Recommendation: Try it out. 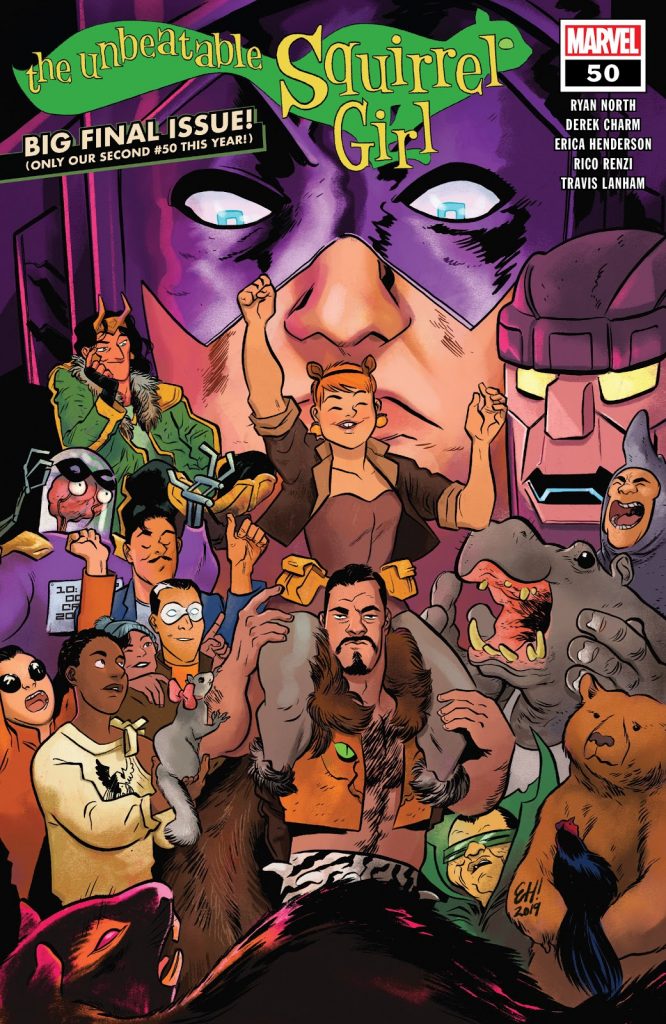 Unfortunately, we have to say goodbye to the current comic book run. All good things must come to end. The final issue made sure to celebrate Doreen Green as a character. Writer Ryan North kept the finale full of Doreen Green’s trademark humor, hope, and positive outlook even against the direst of situations. Of course, the art from Derek Charm and colors by Rico Renzi helped complete the package. Similar to the Runaways team, even though I’m not really a Squirrel Girl fan, I have continued reading her comic book because of the charm and very interesting arcs. She will be missed.

Recommendation: Maybe try and read this series from the beginning and experience the unbeatable appeal of Squirrel Girl? 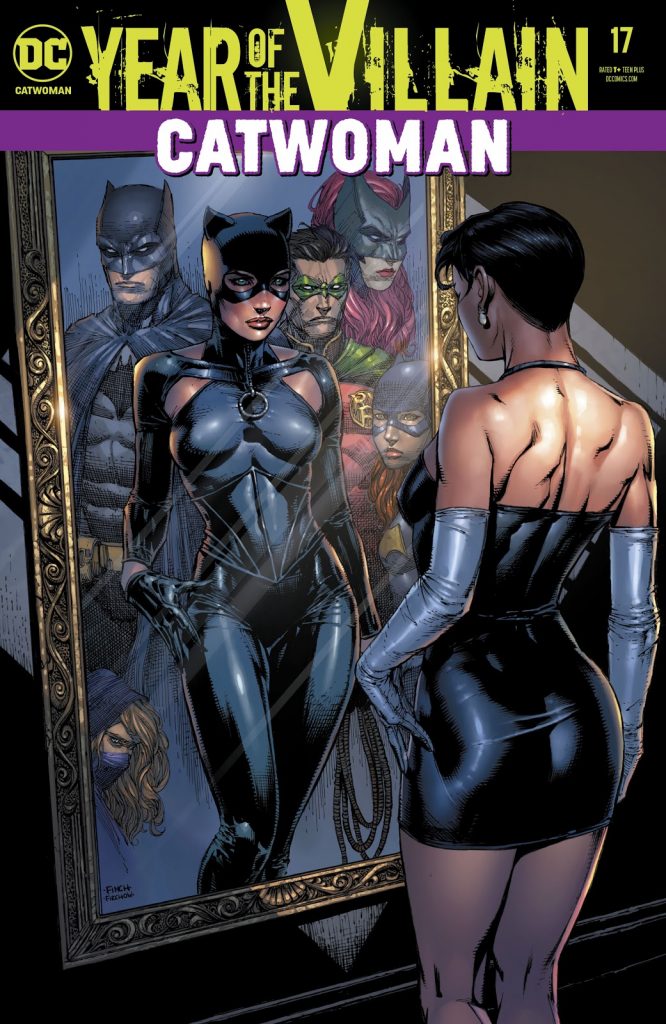 I didn’t have high hopes for Selina’s solo-comic book entering DC’s ‘Year of the Villain’ arc because we already know she’ll be back in Bruce’s life. However, the current issue, from Joelle Jones, was far better than I expected. Not only does Jones continue to deliver with her art style, but she has also proven herself to be a very capable writer, too. The way she made Selina fast-forward through her defeat against the undead was amazing.

Recommendation: This solo-series has had its share of boring issues, but this week was stellar! Buy it for the art, if not for the story! 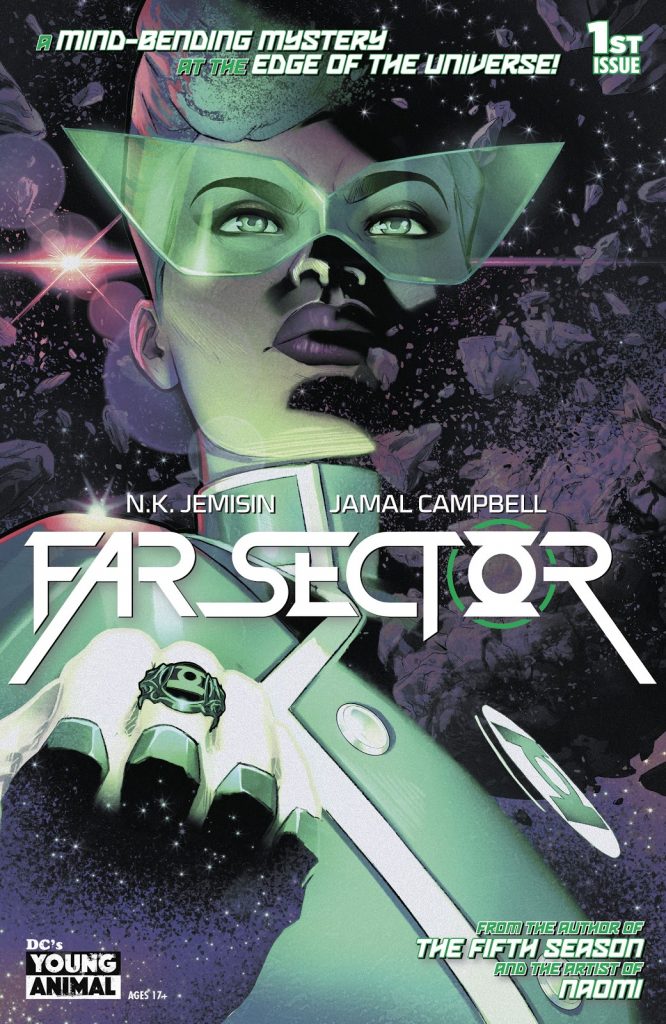 This has got to be one of the best new comic book debuts ever (in my opinion)! I’m not into Green Lantern stories, but Far Sector Issue 1 sucked me in from the very first page. Yes, the main character is a Green Lantern, but the narrative itself is more of a murder-mystery which I want to know all the answers to.

This title marks the DC debut of writer N.K. Jemisin in the company’s ‘Young Animal’ series, and it’s great. Jemisin has constructed an entirely new world (complete with unique politics and intriguing characters). Her story hit the ground running and doesn’t stop. Artist Jamal Campbell has visualized Jemisin’s script with impressive skill. You all need to show some love for such an amazing issue. 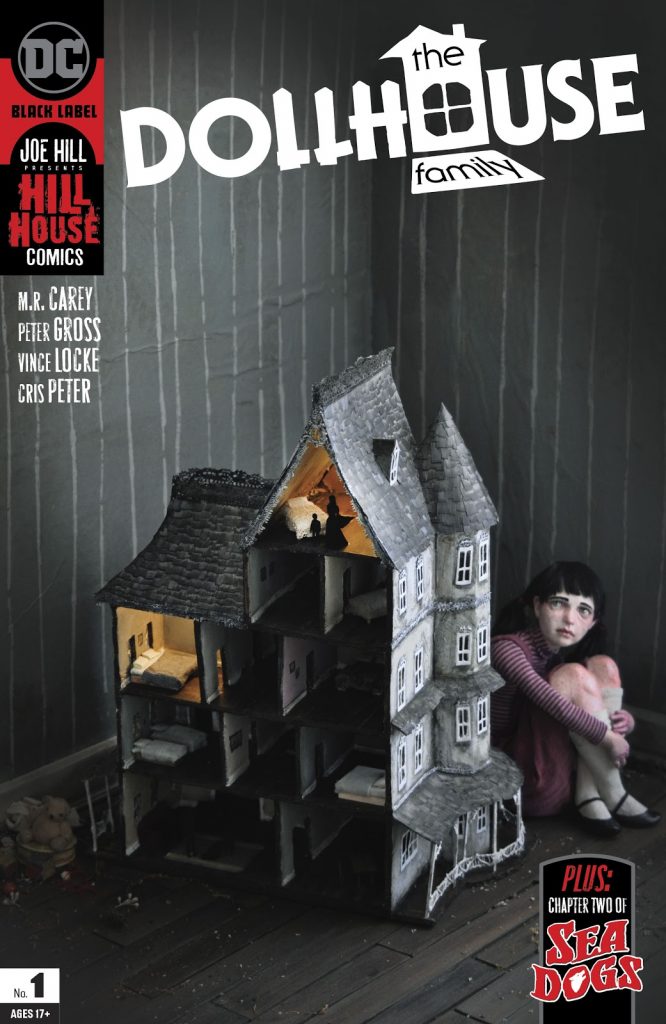 This is another new comic book that was released this week. If you’re into horror stories, you might enjoy The Dollhouse Family Issue 1. It isn’t the most unique idea ever, but it kind of works because of how it’s told by writer M.R. Carey. Seeing a small kid being influenced by possessed dolls can be fun in the long run. The layouts are by Peter Gross with the finishes and colors by Vince Locke and Cris Peter, respectively. The art is kind of okay, though I think it could have been creepier.

Recommendation: Maybe give it a read? 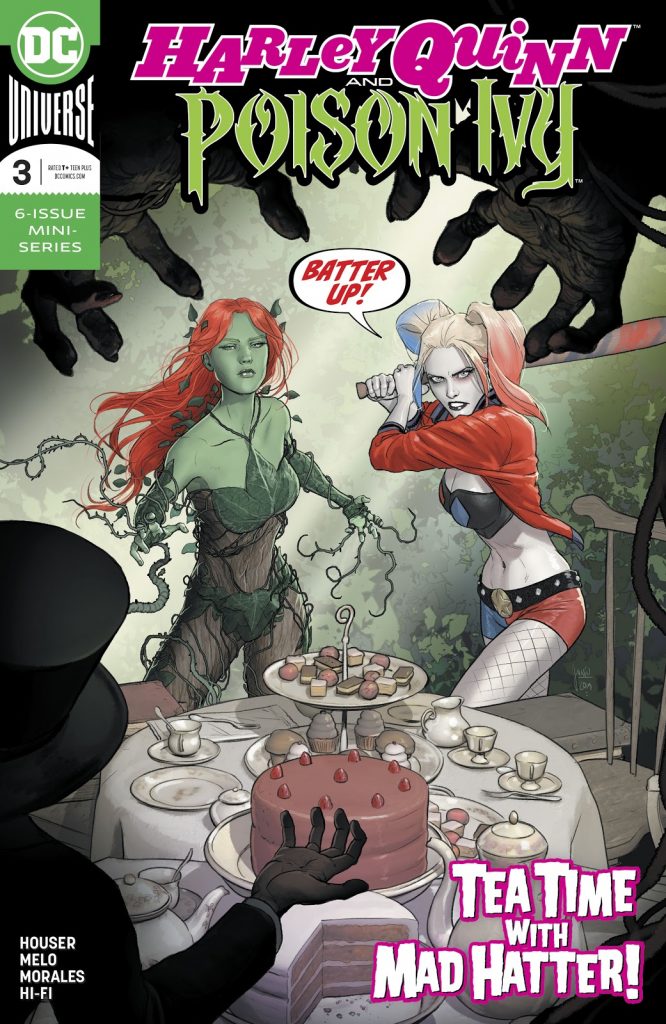 From writer Jody Hauser with pencils by Adriana Melo, this 6-issue miniseries is kind of fun if you’re into Quinn and Ivy’s relationship. I just want Catwoman to appear so we can have a Gotham City Sirens reunion.

Recommendation: If you’re a fan of these characters, then yeah, sure! 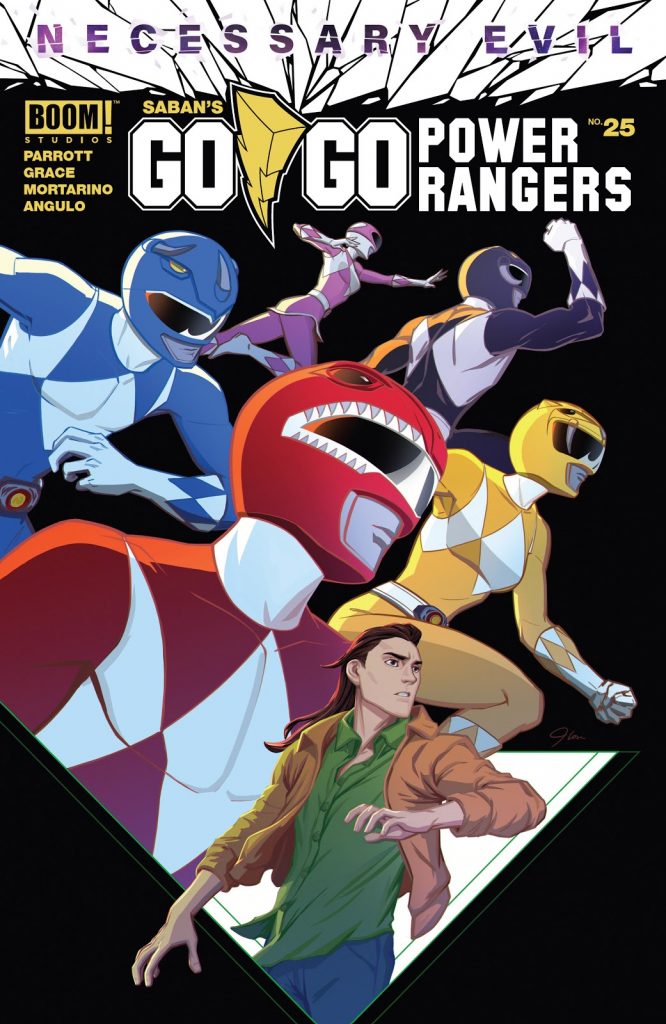 It’s as if the current Power Rangers comic books can do no wrong. Every new arc continues to be as good as what preceded it, if not better. I enjoyed how the current series is helping fill in the gaps concerning the Omega Ranger we’re seeing in the Mighty Morphin Power Rangers series. Writers Ryan Parrott and Sina Grace have delivered a highly enjoyable issue this week. You get to learn a lot about who Jason and Tommy are as characters. Artist Francesco Mortarino and colorist Raul Angulo didn’t forget to make every panel feel dynamic, especially whenever the Emissary appeared. 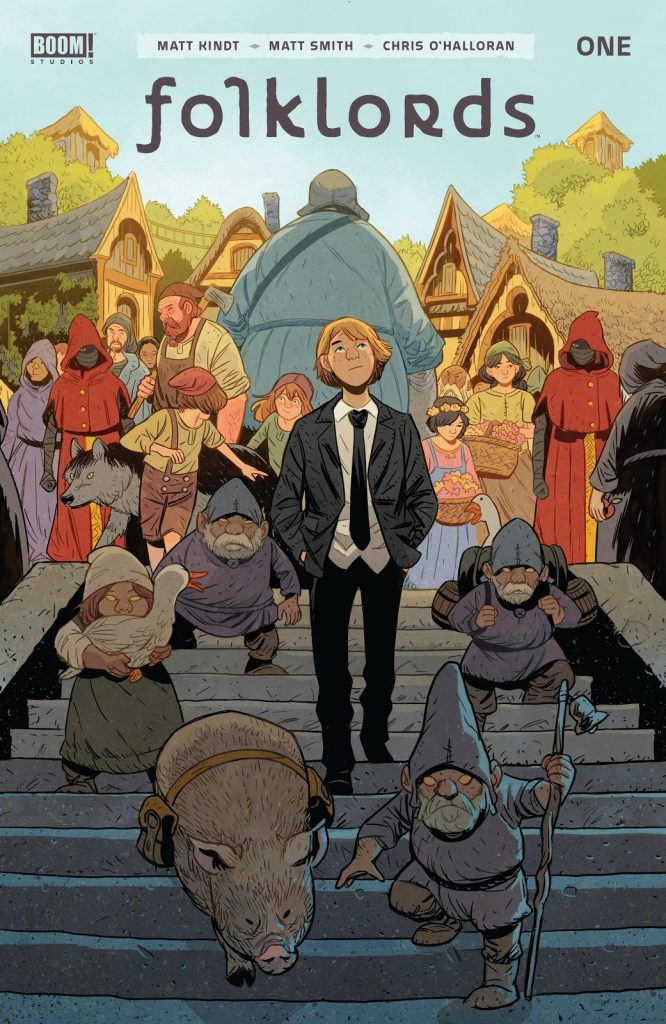 Another new comic book available this week, Folklords Issue 1 seems ready to deliver a very interesting story. If you’re a fan of time-displaced characters and fantasy, I think you’ll enjoy this comic from writer Matt Kindt. There’s just something engrossing yet sinister about the world Kindt has created which, in my opinion, is perfect for a story about young adults going on a fantastical quest.

Do take note, the illustrations from Matt Smith aren’t very otherworldly (in my opinion), but I guess they get the job done. Everything looks too simple. Anyway, the story more than makes up for it.

Recommendation: Do consider giving a chance to a new comic book.

Which comic books did you read this week? Did you enjoy Fallen Angels Issue 1? How about Far Sector Issue 1? Let us know.