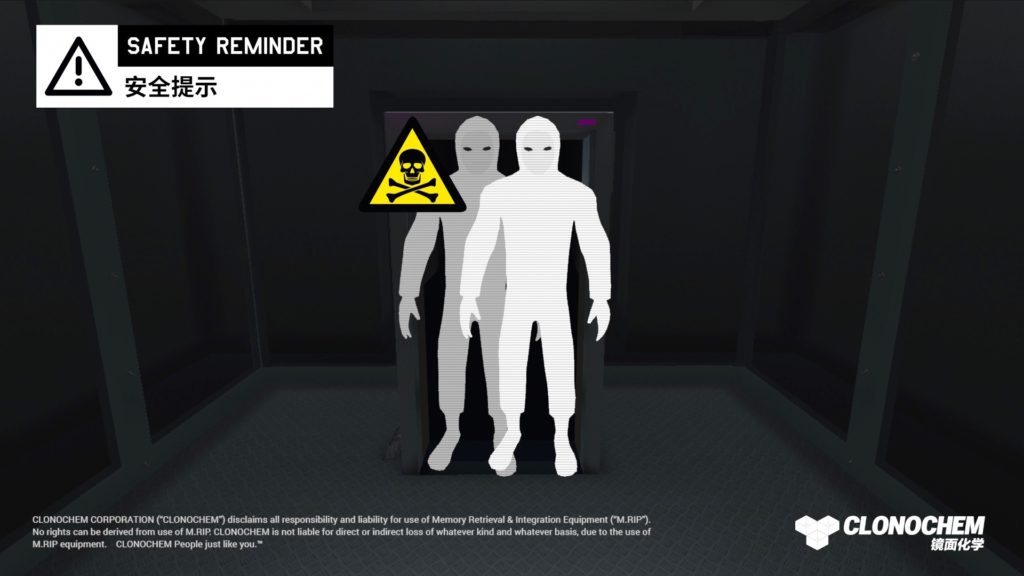 Who knew running away from your own echo could be so scary? Output Games’ thought-provoking debut title Echoplex is available on Steam Early Access for both Windows and Mac.

In Echoplex players soon find that an eerie “echo” ends up shadowing their every move. They’ll need to use the mimicry to solve puzzles. However, if players stand still for too long, it’s game over for them.

The non-linear storyline in ECHOPLEX explores the mysterious connection between an engineer working at Clonochem Corporation and an activist protesting the company’s controversial product, Continuum. When the engineer calls a phone number written on a severed arm, he finds himself as one of many iterations caught up in an endless cycle of repeating events…. Do you have what it takes to break free?

“We never dreamed that the ECHOPLEX prototype would be so well-received and that it would one day become a full-fledged title. Personally, I can’t wait to hear what players think of the story so far! As a filmmaker, I put a premium on storytelling – and I think players will get a kick out of the cinematic cutscenes in the game, which provide a nice contrast to the more minimalist visuals,” said Tyron Janse van Vuuren, founder of Output Games.

Echoplex was introduced to the world as a browser-based prototype back in 2015. It soon garnered enough success to enter Steam Greenlight in October of 2016. The title ended up being greenlit in just 20 days.

You can purchase Echoplex on Steam Early Access for Windows or Mac for $8.99 (10% off the original retail price till April 13).

Have you played Echoplex yet? What did you think? Let us know.