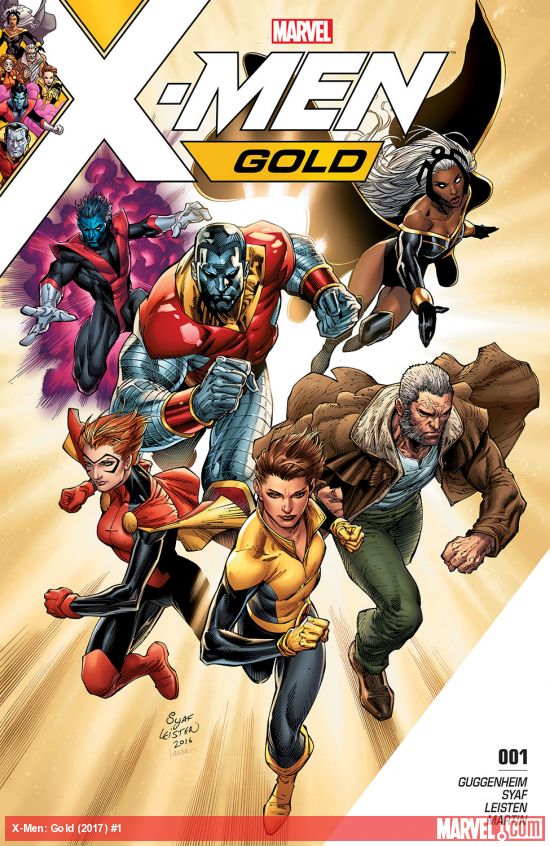 X-Men Gold Issue 1 is the first offering from the ResurrXion event and it takes the mutants back to basics.

X-Men Gold is one of the two main X-Men teams moving around in the Marvel Comic book Universe with X-Men Blue being the second. The one-shot X-Men Prime showed Kitty taking up the responsibilities of being the team leader after Storm decided to leave.

Is Kitty a good leader? It does make sense to me even though the team still has Storm. Ororo went through emotional turmoil after leading the mutants during the IvX event. So, I understand Ororo not wanting to lead anymore. Kitty does have a lot of experience as an X-Men and I think she’ll do well.

As for Storm, while I’m glad she’s part of a team I won’t mind her getting another solo series. She clearly has a lot of issues to deal with and taking a break from it all might do her some good. She should go around the world helping others or do whatever she thinks will aid the healing process.

The plot of X-Men Gold was all about telling readers the mutants’ new mission statement. I loved the panel where Kitty held her ground in front of the public that the X-Men had just saved. It showed that kids are taught to hate. The little girl was okay with talking to Kitty but her mother stopped her. Racism, sexism, and other discrimination are forced on children from a young age and that’s really unfortunate. Writer Marc Guggenheim does seem to know the direction he wants to take the new series in. So, let’s see what he has in store. I also liked Ardian Syaf’s art which reminded me of old X-Men comics.

The issue also gave an explanation about humans being okay with other superpowered beings like Spider-Man, Thor, etc. but not mutants because they posed an evolutionary threat to the human race.

X-Men Gold Issue 1 also introduced the new Brotherhood of Evil Mutants. It does look like the villains are mutants who were previously dead so I’m looking forward to seeing how they came back to life.

Did you read X-Men Gold Issue 1? What did you think? Let us know.

Previous:Boruto: Naruto Next Generations 1×1 Review: Boruto Uzumaki
Next: The Expanse 2×11 Review: “Here There Be Dragons”