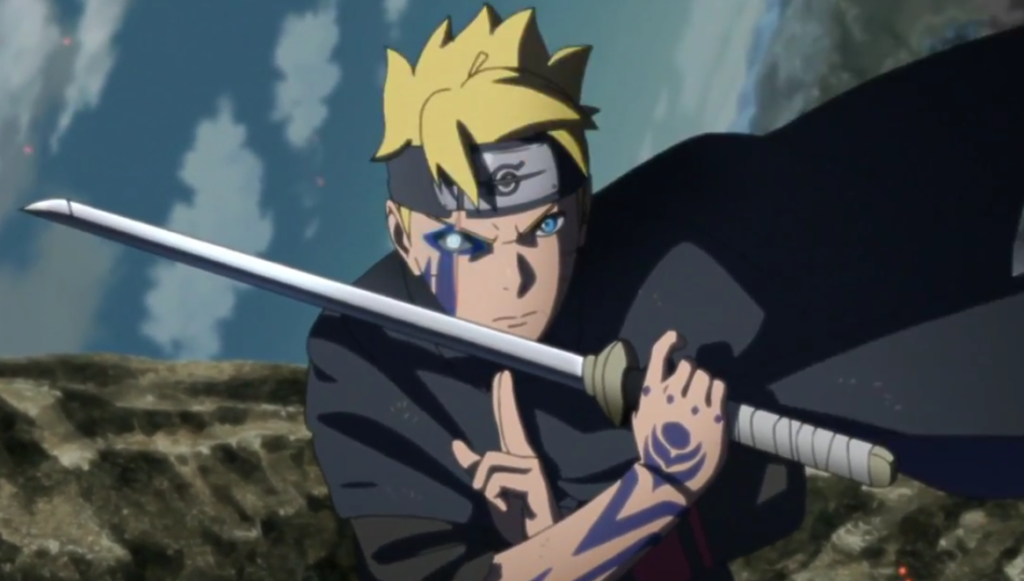 The first episode of Boruto: Naruto Next Generations titled “Boruto Uzumaki” was released today and it gave fans new content to look forward to.

I was wondering what kind of story the new anime was going to show considering the manga only has 11 chapters as of now. Turns out that the anime takes place a day before the kids start their first day at the Ninja Academy. We still got the scene where Boruto battles Kawaki because I guess the writers wanted to attract viewers.

While fans already know about Boruto, Salad, and the rest of the kids, the anime introduced a new kid named Denki. Now, some might think he’s a filler character because he wasn’t mentioned in the manga or Boruto: Naruto The Movie. However, Denki’s debut was interesting to me.

He’s a kid who doesn’t want to become a ninja but has to because of his father. “Boruto Uzumaki” didn’t waste any time in giving Denki a few issues to deal with and provide fans with content to get excited about. We saw a shadowy snake bite Denki’s shoulder. Of course, my mind immediately thought of Orochimaru but I’m not sure what he would want from Denki. In the end, the new kid did decide to join the Academy. With his interest in computers and machines, it won’t be surprising if he’s able to come up with new ninja techniques.

The episode also showed Boruto’s eye power. Naruto’s son seems to be able to visualize the dark chakra exuded by others. While seeing his eye change appearance was exciting it felt weird because we haven’t seen it occur in the manga or the feature film. So, I’m unsure how much of that anime fans can consider canon.

All in all, “Boruto Uzumaki” was kind of an enjoyable first episode. Even though I have to sit through watching Naruto and Boruto work on their relationship (again!) I’m looking forward to the next episode.

You can catch the premiere on Hulu.

What did you think? Did you enjoy “Boruto Uzumaki”? Let us know.