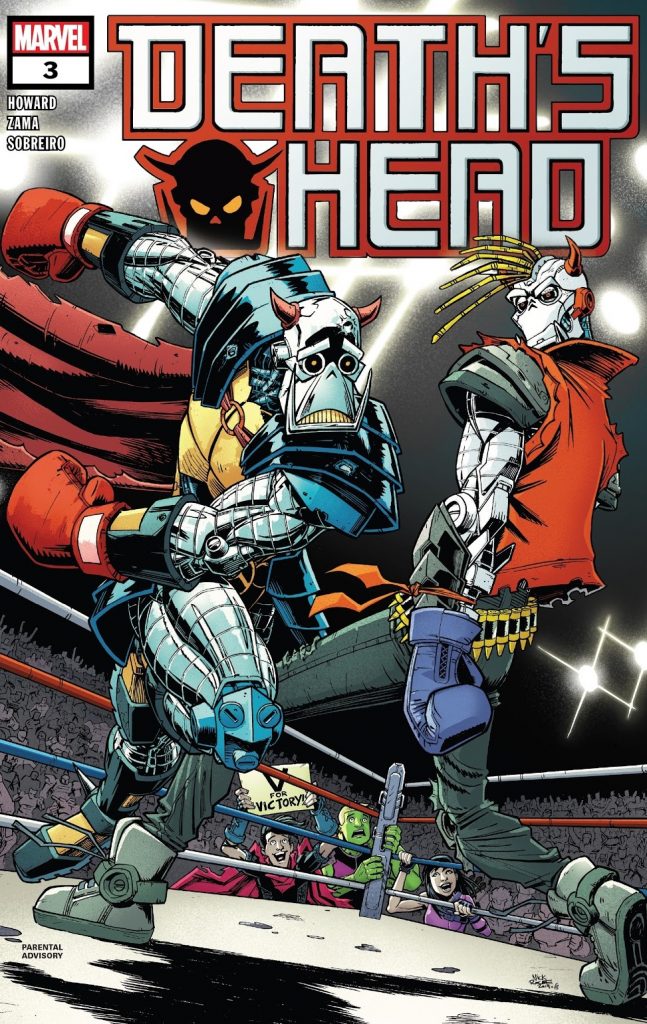 Death’s Head Issue 3 ended up offering us answers to numerous questions about what’s going on with Wiccan and his relationship status with Hulkling. I’m here for what writer Tini Howard has planned to offer through this miniseries.

When I picked up a copy of the first issue, I had many questions. Wiccan (Billy) felt different to me. There was something off between his and Hulkling’s relationship. The two still clearly loved each other, but there’s definitely stuff the young heroes had to sit down and talk about.

Both Death’s Head and Wiccan are trying to find their place in the world. Death’s Head has to continue proving himself as the best, especially when there are upgraded models of him out there. As for Wiccan, his dilemma is something I’m glad a Marvel comic book writer decided to address.

During a conversation between Hulkling (Teddy) and Kate Bishop, we found out about Wiccan feeling insecure about his origins. Young Avengers readers will remember the drama caused by Billy freaking out about how he might have wished Teddy into existence as the perfect boyfriend.

Now, Billy’s questioning his being. Was he actually born, or was he wished into existence by the Scarlet Witch? 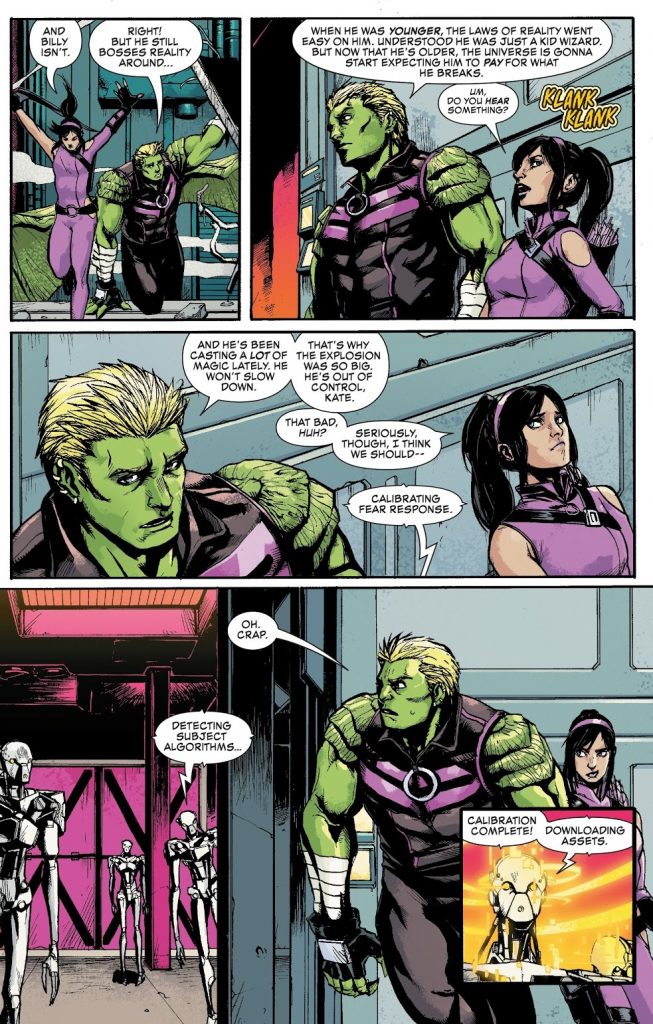 Furthermore, because of Billy (likely not being from this reality), his powers seem to be glitching. When he was a kid, the laws of reality were much lenient on him. But with Billy growing older, he has to pay the price for his reality-manipulating spellcasting.

This is fantastic stuff to explore in the Marvel Comic Book Universe. So, kudos to Howard for giving us such a narrative.

As for the relationship between Teddy and Billy, they’re still engaged. But whenever Teddy brought up the topic of marriage, Billy’s been hesitant to talk about it.

It turns out, Billy’s been stalling thinking about the wedding by saying he’s under too much pressure as the Demiurge.

And you know what? There’s more. 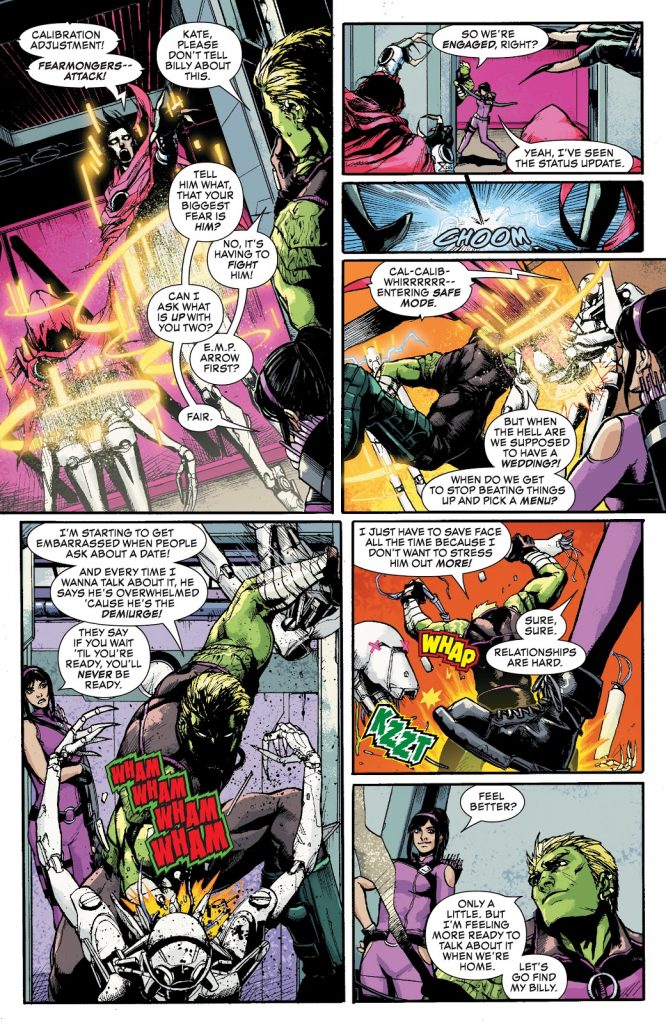 I mean, I too would fear such an event if I was ever engaged to someone who could command the very fabric of reality.

While I don’t want the current miniseries to end (issue 4 will be the finale), I’m glad Howard still has more Wiccan-centric stories to share.

Howard’s new comic book titled Strikeforce will debut next week and it has Wiccan as one of the team members.

The art by Kei Zama (with colors by Felipe Sobreiro) continues to make very panel feel dynamic. Zama’s even able to make certain robots expressive. I continue to enjoy the little over-the-top reactions Zama remembers to sneak in.

Feel free to share your thoughts about Death’s Head Issue 3 with us.