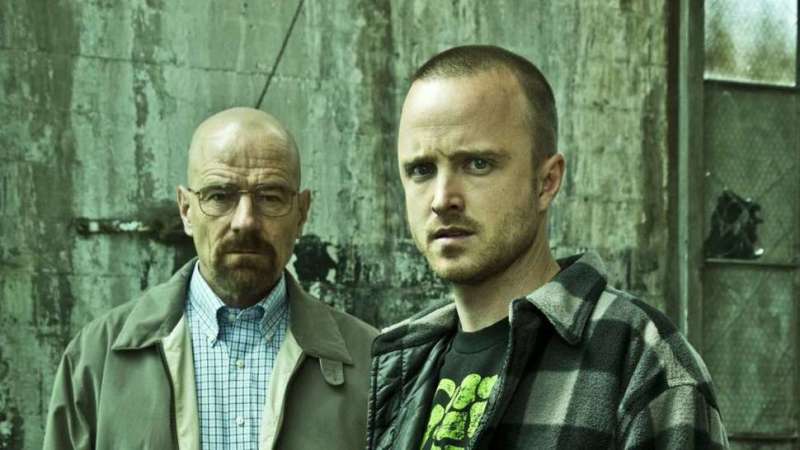 The new Breaking Bad movie, El Camino, will have a limited theatrical release for one weekend only in select cities.

The Breaking Bad movie, which was just announced last month, is little less than a month away and we seem to be getting updates and teases for it on a near daily basis.  Today’s news is about the unique film release.  El Camino will open in select theaters on October 11th through the 13th only.  The film will also drop at midnight on Netflix on October 11th, so those who prefer the comforts of home during their movie viewing experience won’t be missing out on much.

The list of cities that will screen the film are as follows:

Don’t see your city on there? Don’t worry.  Me neither.  In fact, the nearest theater to me is about 2,500 miles away (come on, Hawaii deserves some love with these types of releases too, man).  But thankfully with the Netflix film release happening at the same time, we don’t have to suffer too much.  We won’t have to worry about people dropping spoilers all over social media during the painful period between releases, thank God.  (And as I mentioned in my Binge Watching article, I’m the type of person to stay up until midnight to watch it drop immediately, anyway).

So why are they releasing the Breaking Bad movie in this way?  Nobody has confirmed the reason, but I suspect it has something to do with the ongoing struggle between streaming services produced films and the traditional film industry.  A lot of industry award organizations and film festivals set up rules that essentially punish streaming-focused content.  Steven Spielberg even went as far as saying streaming produced content shouldn’t be eligible for awards like the Oscars.

Could Netflix be angling for awards with El Camino?  Possibly.  Breaking Bad was one of the most critically-acclaimed TV shows of all time so they may be hoping the film generates equal positive praise.  But this is just speculation on my part.  They could very well just want to give fans a chance to hang out and enjoy the film together on the big screen.  Sometimes the social aspect of film going and the chance to see it way bigger than your TV set allows is enough to get you out of the house for a film.  I can imagine it’ll be especially appealing to those in Albuquerque, and I wouldn’t be surprised if something special goes down at those particular screenings.

The film is just a little over three weeks away, and it can’t get here fast enough.  Will you be watching the Breaking Bad film in theaters or at home?  Let us know below!

Previous:Death’s Head Issue 3 Review: What’s Up with Wiccan?
Next: “House of X” Issue 5 Review: Society (Or ‘What the Heck is Wrong with Prof X?’)