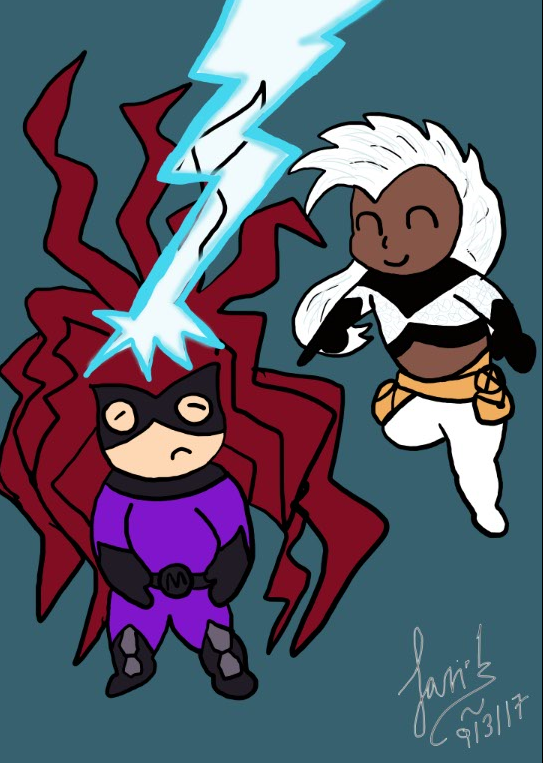 IvX Issue 6 brought Emma Frost’s plan to its finale as well as dropped some hints regarding what fans can expect from ResurrXion.

I was left disappointed by the Inhumans vs X-Men finale. The whole story had no logic and there weren’t any epic battles to make up for it. While writers Jeff Lemire and Charles Soule have done an impressive job trying to raise the stakes for both mutants and inhumans overall the entire event fell flat.

The final battle didn’t even feel like a fight. I don’t like writers making Storm fall unconscious so she can’t fight and that’s what IvX did. Ignoring that Storm is a being with one of the strongest wills in the Marvel Comic Universe she got possessed by a Nuhuman who was then attacked by another of his kind.

Furthermore, Iceman, an Omega level mutant, could have easily taken everyone out in a second considering they were surrounded by snow. But no, the writers didn’t want that to happen because they had to give readers that useless scene between Emma and Medusa at the end.

Emma Frost was the one who initiated a war with the inhumans but the fact remains that it was stupid of Storm to go along with her. We had an entire panel in Extraordinary X-Men where Storm stated that going to war was against her entire being. That’s why seeing her lock Beast up and siding with Emma and Magneto made no sense. She should have gone to meet Medusa. She should have told the inhuman queen about the predicament.

Even Medusa asked why the mutants didn’t come to her for help. As proven in IvX Issue 6 she was was more than okay with getting rid of the remaining Terrigen Mist to save the mutant race. The entire ordeal could have been averted if any one of the mutants, whether Storm, Rogue, or even Old Man Logan had talked to Medusa. But doing so would have taken away Marvel’s excuse to release a six-issue event with a couple of tie-ins.

Having said that, I am looking forward to the ResurrXion event partly due to the inhuman royals leaving Earth.

Did you read IvX issue 6 this week? What did you think? Let us know.

Previous:The Expanse 2×07 Review: “The Seventh Man”
Next: First Look at “Marvel’s Guardians of the Galaxy The Telltale Series” Released!