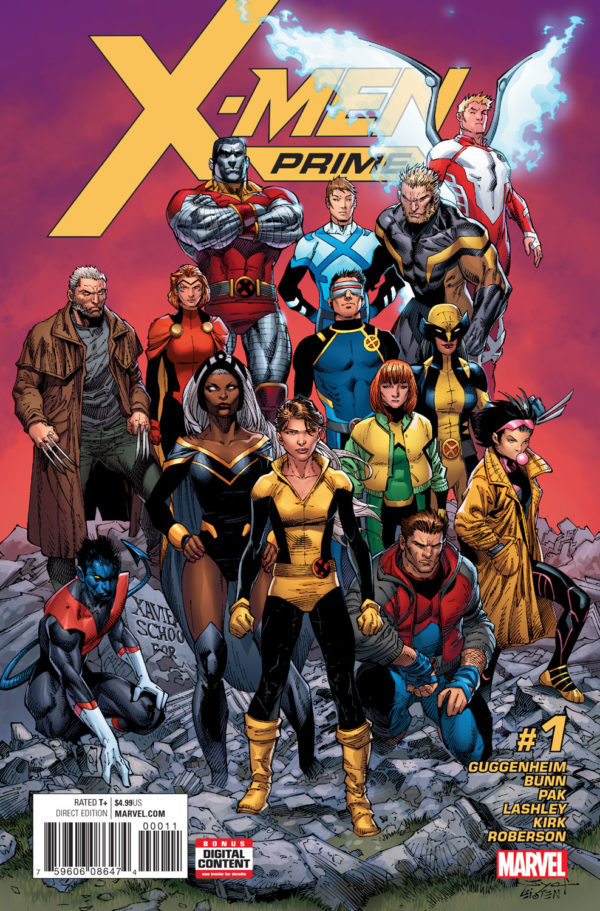 After making the mutants face near extinction, Marvel is ready to give them a brighter tomorrow with ResurrXion. Check out the newly released trailer showcasing the upcoming comic book series.

Marvel is going back to the past with its new take on the X-Men. Not only did the company resurrect the corner box art, the newly released trailer brings back the 90’s animated series’ theme song.

A version of this trailer will also be used for TV. This makes sense as Marvel has announced it’ll start advertising comic books on TV as well as before movies. The first ResurrXion title, X-Men Prime, will be released on 29th March. It’ll be followed by X-Men Gold #1 on 5th April.

The official press release does give hope to X-Men fans who feared that Marvel was pushing mutants away to shine the spotlight on the Inhumans. The IvX finale could’ve spelled disaster for the mutants.

A bright new tomorrow is coming for the Children of the Atom as the X-Men race full speed into ResurrXion! Today, Marvel is excited to release its first trailer timed with the upcoming release of all-new X-titles – X-MEN GOLD, X-MEN BLUE, GENERATION X, WEAPON X, ICEMAN, JEAN GREY, CABLE,OLD MAN LOGAN, ALL-NEW WOLVERINE and ASTONISHING X-MEN! Launching this spring in your local comic shop, these new, ongoing series bring fans a new beginning for these merry mutants – one that is sure to please fans old and new! You asked for it, you got it! The ResurrXion of the X-Men is here!

In the wake of war with the Inhumans, the X-Men regroup for a new era of action and excitement! Experience the next bold chapter in the saga of Marvel’s mutant heroes and it all begins this spring in your local comic book shop.

I’m excited about the ResurrXion event. There are some interesting titles I’m looking forward to reading. The titles seem to be doing well as far as advance preorders go. Let’s see how well they do before Marvel decides to cancel and bring in new ones.

What are your thoughts about ResurrXion? Which new comic book series will you be checking out? Let us know.

Previous:“My Life As I Knew It” Book Review – An Enjoyable Slow-Burning Thriller
Next: We’re Getting More Free! And I’m Freaking Out