I’m a fan of items offered by Beast Kingdom. The company has a range of collectibles, featuring different designs, for fans to select from.

As for the new D-Stage diorama statues, both have the famous Marvel characters in dynamic poses.

Here’s the official description for the Dr. Strage statue:

The all-powerful Sorcerer Supreme, a Wizard without match, one who has mastered the elements, seen other dimensions and returned even wiser and more powerful! As seen in the classic comics, this DS-020 Dr. Strange is proudly delivered by Beast Kingdom. The PREVIEWS Exclusive Marvel Comics Doctor Strange DS-020 D-Stage 6IN Statue delicately recreates the classic pose of Dr. Strange from the comics. With the sorcerer levitating and the Sanctum Santorum (the Holy of Holies), as a backdrop, this diorama is the perfect setup for your collection! 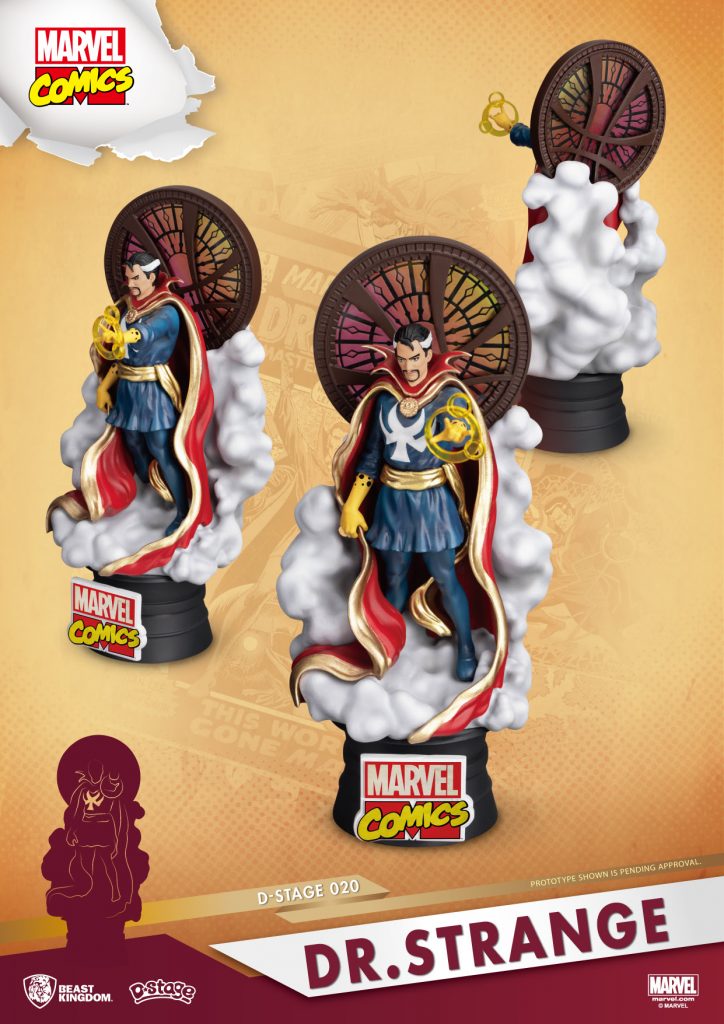 Here’s the one for Captain Marvel:

One of the most powerful superheroes in the Marvel comic universe, Captain Marvel has now officially burst out of the comic pages and joined the ranks of the Marvel Cinematic Universe, as the latest Avenger! As seen in the comics, Beast Kingdom proudly presents the latest in the D-Stage Staging Your Dreams line of dioramas: the PREVIEWS Exclusive Marvel Comics Captain Marvel DS-019 D-Stage 6IN Statue! With an extreme attention to detail, this D-Stage features Captain Marvel in her traditional flying pose! Using the latest in manufacturing techniques, this figure recreates her classic costume of red, blue and gold, even replicating the transparent effects of her energy trail when in flight or in the middle battle.

Previous:Pride Reads: “This Is Kind of an Epic Love Story” by Kacen Callender
Next: Bungo Stray Dogs 3×09 Review: “Cannibalism Part 1”