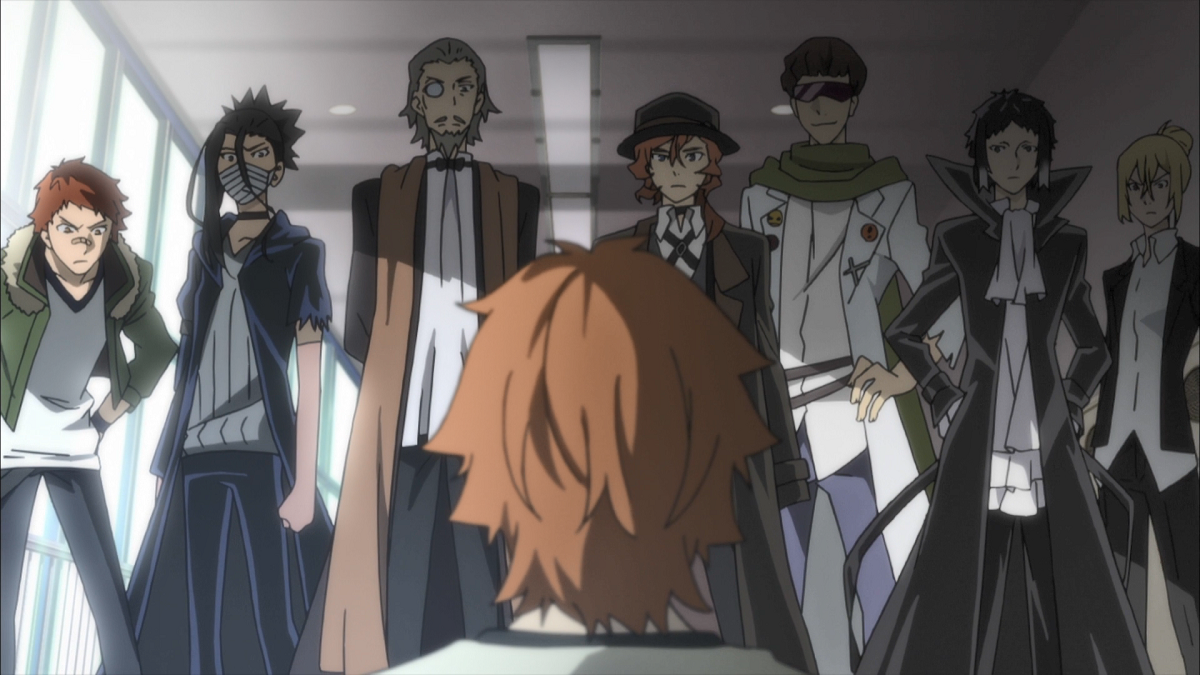 This is a really excellent year for anime (for me). Attack on Titan consistently delivers top-notch episodes, and Bungo Stray Dogs is right up there in quality. “Cannibalism Part 1” is a really great episode that highlights the deviousness of the antagonist and the ingenuity of the Armed Detective Agency.

“Cannibalism Part 1” gives Tanizaki time to shine. He hasn’t really gotten the opportunity in a very long time, and I never really understood just how far he could go with his ability until this episode. There is a lot of potential with Light Snow and I’m glad to see them exploring it. The theory floated last week that the group we saw in the hallway last week was just an illusion ended up being true – mostly. The only one who was really there was Tanizaki, essentially bargaining his life to give the others a chance to escape. When given the chance, he unleashed on the Port Mafia and proved that he’s no pushover.

It isn’t just Tanizaki, though. Atsushi and Kyouka were really in top form as well. I love how Atsushi has embraced his ability now, because it can be very beneficial. I mean, he caught a bullet in his teeth! That’s crazy! And we got a little tease there of a Kyouka-Kyouo faceoff but, alas, it was not meant to be in this episode. 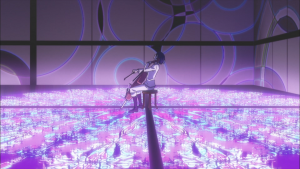 Fyodor is really the best kind of villain. It’s annoying that he’s always one step ahead of our heroes, but it’s also awesome that he’s one step ahead of our heroes. Smart villains are the best, because their plots are clever and diabolical. He’s outsmarting everyone – Dazai, Ranpo, Mori – and he’s doing it so easily. And then he sits there playing the cello while holding someone hostage, and using kids in his evil plan like he’s not the world’s biggest monster.

It makes you wonder if he specifically used children because he knew it would get to Kunikida, who used to be a tutor. All of the Agency members would hesitate when children are involved, but it must be especially difficult for Kunikida to be forced to shoot a child to save his colleague or have to watch a child blow themselves up.

It’s unnerving the Chuuya and Akutagawa were missing when the Mafia was interrogating Tanizaki. Where are they? How is Dazai doing? Why isn’t Fyodor using this opportunity to find the book? Is this about more than the book? What’s going on with Francis and Louisa?

Have you seen “Cannibalism Part 1”? What did you think?