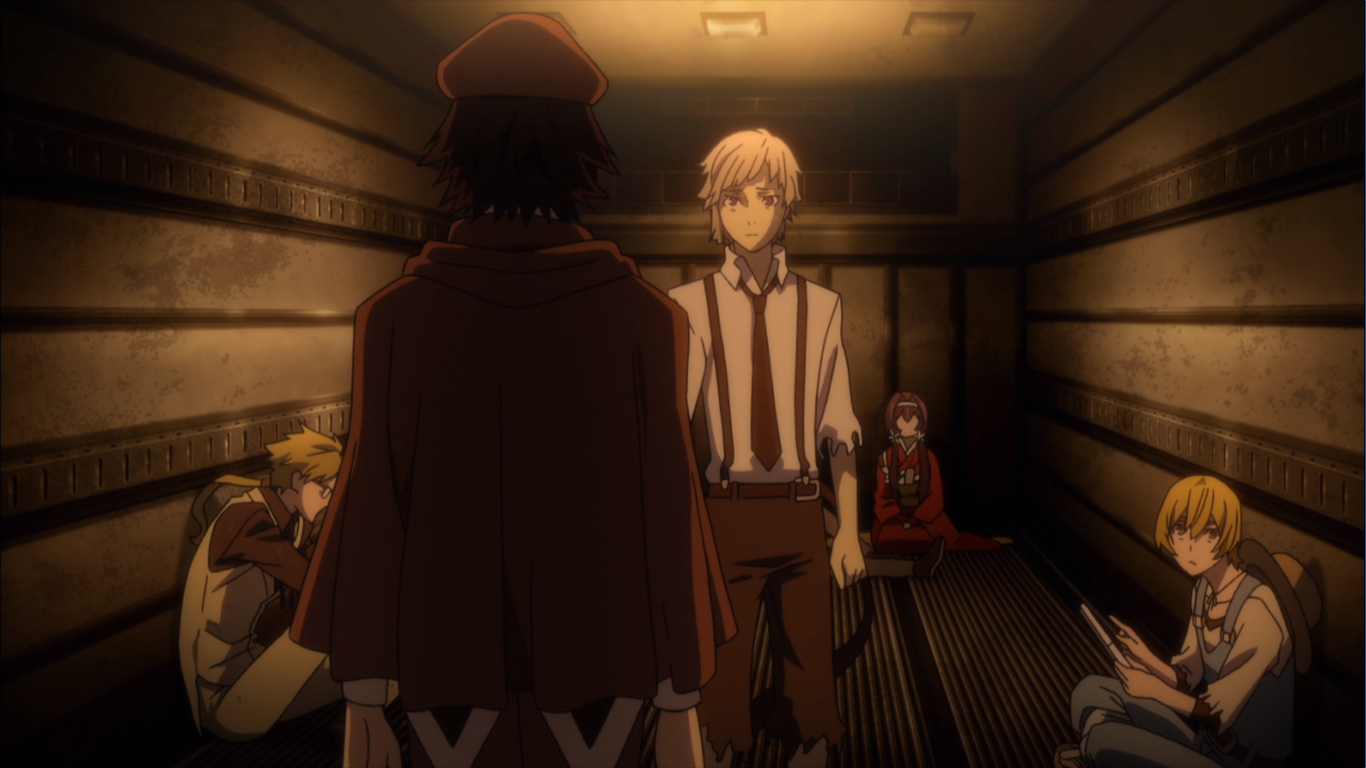 Bungo Stray Dogs is making up for the uneven start to its third season in a big way with the current arc. The pacing in “Cannibalism Part 2” is insane. There is no time to be bored or look away!

Their plan has failed and now the Agency has no choice but to disobey the will of its president and go after the Port Mafia. This allowed for some great one-on-one moments as well as group scenes in “Cannibalism Part 2”. What with the three episode prequel arc at the beginning of the season, an episode spent focusing on Fyodor, and an episode spent on Fitzgerald, the Agency has had precious little screen time so far. It’s nice to see everyone getting a chance like Tanizaki did in “Part 1”. 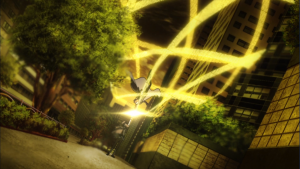 It never occurred to me that Kenji’s ability could translate to him being bulletproof. (Unless…has this been shown before? I knew I should have done a rewatch before season 3 started!) Everyone in the Agency is pretty OP, but him just nonchalantly brushing off a hail of bullets and then demolishing the stairs was awesome. I also loved watching Ranpo goad Chuuya into attacking him (all you’ve got to do is mention Dazai – Chuuya is so easy to provoke) and then trapping him in Poe’s book. (And then the raccoon just making off with the book while the Mafia henchman just stood there staring.) I really hope we get to see the two of them battling it out in the book at some point. 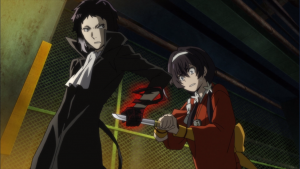 Probably the best character moment was the showdown between Kyouka and Akutagawa. These two have a shared history (and a lot more in common than even Kyouka realizes). This is Kyouka’s first time really using her ability since she learned that it – and therefore she – wasn’t responsible for killing her parents, and I was kind of hoping their duel would go on a bit longer than it did. But Akutagawa has always been fairly unstoppable, and Kyouka managed to get the drop on him a couple of times.

“Cannibalism Part 2” ends on a cliffhanger; both Fukuzawa and Mori have vanished from underneath their organizations’ noses and met up at a place known only to the two of them, intent to duel to the death and stop the war. After learning more about both of these men, I don’t want either of them to die. I’ve got a sneaking suspicion that it won’t come to that, but at the moment, Fyodor’s plan seems to be causing the chaos he intended. Can they stop the virus without anyone having to die?

Have you seen “Cannibalism Part 2”? What did you think? Is Katai really dead? What does Haruno’s cat have to do with anything? Will other members of the Guild play a role in the war?

Previous:New Con On the Block: Burning Cat by the Oatmeal
Next: “New Mutants: War Children” From Sienkiewicz & Claremont Coming This September!